During the following weeks, Impact Film & TV writer Sean McGurk will list his opinions on his choice of the 10 greatest films of the 21st Century, explaining why each merits a position in this grandiose list. For this first entry we have, The Departed.

I begin my list with The Departed. This is Martin Scorsese’s finest film since Goodfellas and it also presented him with his long-awaited Oscar. Here he returns to familiar territory, however chooses the Irish neighbourhood of Boston instead of his cherished hometown Manhattan to make another gangster classic. Tangled with shocking twists and turns, this is a story of deceit and betrayal but mainly guilt that eats up its two protagonists.

The Departed revolves around the perpendicular paths of two police graduates whose loyalties lie on the opposite sides of the law. Colin Sullivan (Matt Damon) becomes a cop who works as a mole for crime kingpin Frank Costello (Jack Nicholson), whereas Billy Costigan (Leonardo DiCaprio) goes undercover in Costello’s gang unbeknownst to anyone apart from Capt. Queenan (Martin Sheen) and Sgt. Dignam (Mark Wahlberg). 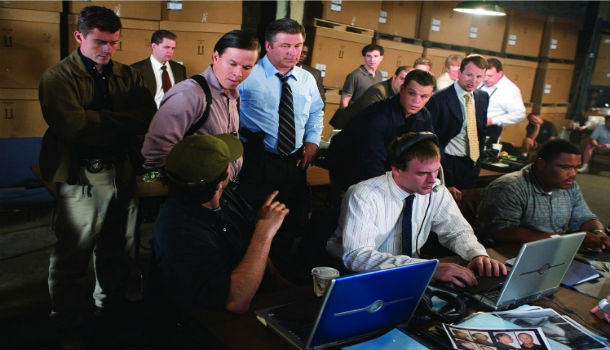 Complicating matters, Colin’s police psychiatrist girlfriend Madolyn Madden (Vera Farmiga) becomes close with Costigan during their one-on-one therapy sessions. The two moles soon descend into a dangerous game of cat and mouse where no one’s identity or life seems to be safe, with Costello and Queenan desperate to find their opposing organisations’ rats.

The successful Hong Kong film Internal Affairs was the inspiration for Scorsese’s remake. Though adhering to its original structure, he brings his own spin by placing further weight on his characters, their backstory and surroundings too. Scorsese arranges a flawless mirroring contrast between his two imposters, from Sullivan’s cooler, emotionless face to Costigan’s roughed up, scared looks and his tortured soul – this symmetry soon leads us to become engulfed in each young man’s emotions with how desperate they are and the guilt they hide from their past regretful actions.

One particularly memorable scene to watch out for is when Sullivan calls Costigan, both of them bemused by the identity of the man on the end of the line as their heart rate quickens. This is Hitchcock-esque suspense. Furthermore, never have I seen a film use mobile phones to such nail-biting degree. William Monahan’s witty script also adds to the Oscar tally, recovering from his poor writing in the previous year’s Kingdom of Heaven.

Nearly every Scorsese film has a stellar cast and The Departed is no different. DiCaprio and Damon lead from the front with performances so captivating that we get a sense of the children within these panic-stricken men. 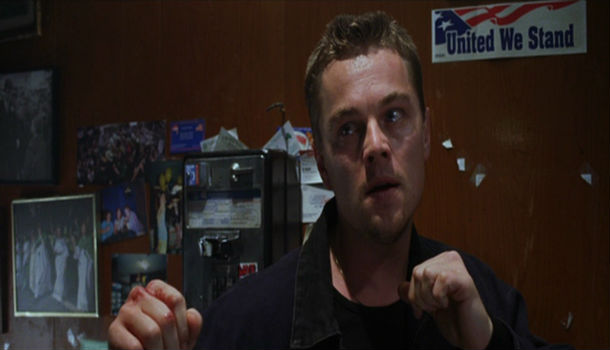 Nicholson adds another virtuoso role to his legacy as the unforgiving mob boss Costello, whose opening speech of “I don’t want to be a product of my environment, I want my environment to be a product of me” sets the tone of trepidation throughout this booby-trapped film. The only actor Academy Award nominated was in fact Wahlberg – his fast talking, foul mouthed Dignam steals every scene with hilarious yet brutal lines.

The Departed, despite all the usual name tags of ‘gangster’ and ‘mob’ attached to its Google search, is mainly an exploration into two young men’s minds as they get deeper and deeper into an abyss with only one inevitable route out. So as the sweat runs down your skin and you hear yet another Stones or Pink Floyd classic bang out on a blood-drenched screen, remember Martin Scorsese, because this may be his last great film ever.

Media courtesy of Warner Bros, and Plan B Entertainment.