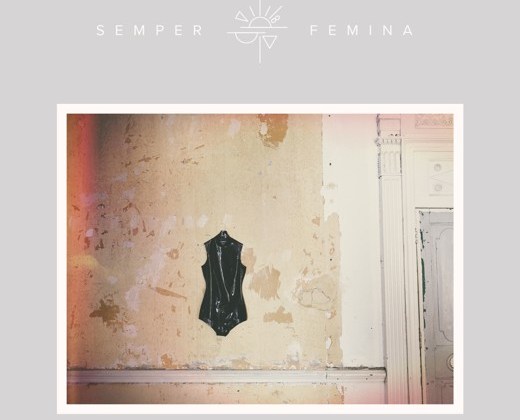 Laura Marling’s sixth album is here – Semper Femina, and it’s easily the album of the year so far.

Given that Marling has only fairly recently turned 27, having six albums under the belt is staggering in itself – but there’s no sign of her running out of ideas. Semper Femina is very much a concept album steeped in literary as well as musical intelligence. From the album title, which alters Virgil’s “Woman is always fickle and changeable” into “Always a woman”, to references to Gustave Corbet and playfulness with psychoanalytical hypothesises of female creativity from Freud and the likes.

“Her sharp wit is notable as ever throughout the album”

This isn’t to say the lyrics on the album are restricted to classics and arts however; her sharp wit is notable as ever throughout the album, and neatly dispersed into her swelling vocal melodies in tracks such as ‘Always This Way with the self-reflective’: “I wonder if all my pondering’s taken up too much ground”, and the less delicate “You always say you love me most, when I don’t know I’m being seen / well maybe someday when god takes me away I’ll understand what the fuck that means” in ‘Wild Fire’.

“Marling’s current thoughts are very much on discussing femininity, which is also shown in her recent –and incredible – podcast series Reversal of The Muse”

Lyrically, all tracks comprise of Marling singing about a female character; the only male reference is to a father, which is a fresh narrative to see in music and shows Marling’s current thoughts are very much on discussing femininity, which is also shown in her recent – and incredible – podcast series Reversal of The Muse. This isn’t suggesting anything misandry, though – just a fresh look at the 21st century, where women can be the subjects of love songs and tales of life without the need for a male gaze or even a voice that sexually orientates to the gendered subjects of their songs.

Lyrics and general literary nerd-out aside, the musicality surpasses way beyond the delicate nu-folk we know and love Laura for. The album is an opus of influences and layers, blending elements of jazz, soul, pop and even trip-hop with Marling’s nurtured voice and – as always – virtuoso guitar playing.

Some songs begin to sound reminiscent of Connie Bailey Rae, whilst others aren’t dissimilar to a sort of folky Portishead, such as the opening track ‘Soothing’ and the notably jazzy and moody blue ‘Don’t Pass Me By’.

One of the most exciting parts of the album is the range of voices and phrases Laura adopts vocally, ranging from shimmering near operatic falsetto into lo-fi spoken word and delicate soulful shifts in a pitch where the lyrics beg for it. Her voice has a sophistication that is timeless and possibly as close to perfect as possible. Each note is sung with obvious thought, and her voice directs us through the tracks. We blindly accept and trust her to guide us through the songs, which she does flawlessly. There aren’t many vocalists on the planet with her level of precision.

Additionally, I’ve noticed (and always gritted my teeth in the past) at the lack of recognition Marling gets as a guitarist – she’s a fucking virtuoso!

Frankly, she is walking over any other singer-songwriter in recent memory technically, whilst sustaining a far more sophisticated vocal line (both in tone and rhythm) on top of it! When I saw her live, back on Wednesday, she had to change guitar 5 times to accommodate different tunings and ambiences – which, even if it sounds excessive, is an undeniable testament to her deep connection and innovation with songwriting and guitar playing. I think to call her a folk artist is hardly skimming the surface by now; she’s on a musical continent of her own, unrivalled and unafraid to push her own boundaries, whilst taking influence from anywhere that suits her. Even the beautifully delicate ‘Next Time’ lends as much influence from poetry and baroque music as Folk and storytelling.

“She’s on a musical continent of her own, unrivalled and unafraid to push her own boundaries”

As you’ve probably guessed, I am and will probably be eternally in love with Marling’s work, her eye for songwriting and of course her one of a kind voice. Music is rightly subjective, and as you music junkies will know, some artists will never bore you and will make you forget you’re on earth, whilst your ears shoot vibrations right into your soul. Well, she does that for me.

But away from subjectivity, we can’t call Semper Femina and indeed Marling anything less than one of the greatest talents of our generation. She’s as influential as Patti Smith, as in control of her soundscapes as Prince and as playable as Jack Johnson. And you don’t even have to indulge in her intelligence to enjoy the tracks for what they are: moving, talented, contemporary classics.

This is possibly her best album yet, certainly her most ambitious and impressive; and, if I haven’t praised quite enough – possibly my favourite album by a solo artist since To Pimp A Butterfly.

Unconventional: Why WALL-E Will Always Be Pixar’s Crowning Glory