Introduction to: Mumford and Sons 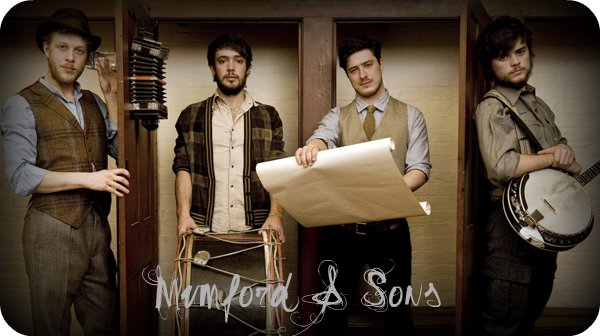 For a band who have won numerous awards, sold millions of records and have a fairly dedicated fan-base, there are a lot of people who have made it quite plain that they do not like Mumford & Sons.

From their apparent pretentious and pseudo-folk image and sound to their supposedly hollow lyrics devoid of any real meaning, a lot of people have taken to the internet to express their disdain. The simple fact of the matter, however, is that they are one of the biggest bands in the world, headlining festivals and touring worldwide.

Mumford & Sons were formed in 2007 by Marcus Mumford, Ben Lovett, Winston Marshall and Ted Dwane. In 2008, the band made their first appearance at Glastonbury Festival and were signed to Island Records in October 2009, releasing their first album, Sigh No More, in the same month.

Mumford & Sons’ first album propelled them into mainstream music, having sold over 1.5 million albums in the UK and over 6.2 million in the US. The album won the BRIT Award for Album of the Year and was shortlisted for the prestigious Mercury Prize award in 2010.

Listening to the album, it is not hard to see why; lead single ‘Little Lion Man’ shouts at you, with a chorus that makes you want to scream it out loud every Friday (thank-you, Ocean). ‘The Cave’, my favourite song on the record, delivers the same energy as ‘Little Lion Man’, but is more of a build-up to the crescendo of the final chorus.

That being said, Mumford & Sons are also very adept at producing slower, more emotive songs; ‘Timshel’ and ‘After the Storm’ are two such examples that accentuate this, with their quiet tones working well with Marcus Mumford’s strong, rasping voice.

See a live Mumford and Sons shows and one of the best moments will normally be ‘Dust Bowl Dance’, a song that is the epitome of a crescendo; the track starts off slow, picks up the pace and ends with a drum solo so energetic that you almost need to catch a breath after listening.

Lead single ‘I Will Wait’ is another song typically found as part of the ‘indie’ section of any self-aware clubbing establishment. Fast, loud, and unashamedly anthemic, it is the archetypal Mumford and Sons track.

With an incredibly successful first album under their belt, Babel was Mumford and Sons really flexing their musical muscles. ‘Lover of the Light’ and ‘Hopeless Wanderer’ stand out to this particular soul, and both boast celebrity appearances in their respective music videos (Idris Elba, no less).

Babel has been called, by some reviewers, as simply a more streamlined version of Sigh No More; I will not be so bold as to completely disregard such a view, but, personally, this is no bad thing. Mumford and Sons are aware that they are not everyone’s cup of tea, as am I. However, Babel successfully increased the band’s reach, showed that Sigh No More was not a one-off, and firmly established them as one of the biggest bands in the world.

Mumford and Sons’ third EP threw out the banjos and acoustic guitars, and in came the electric. Moving towards the more ‘conventional’ sound was hit for some and miss for others, with some feeling that the energy that made Mumford and Sons so popular was lost.

I myself admit to having to take a few listens to the album to fully appreciate it. Lead single ‘Believe’ was one I was not sure about until I saw it live, and have loved it ever since. The rousing chorus (‘I don’t even know if I believe…’) pulls you in, the trademark crescendo ending as affecting as ever.

‘The Wolf’ is arguably the best track on the whole album. The song explodes into life right from the off, the guitar riff upbeat and energetic. In listening to Mumford’s vocals, it is easy to see the progression from Sigh No More. His tone is a heavier one, slightly brasher, suggesting of a confidence in what they are doing.

‘Snake Eyes’ and ‘Wilder Mind’ are two further favourites, slower than ‘The Wolf’, more quietly emotive than outwardly anthemic. ‘Snake Eyes’ in particular highlights the usefulness of adding a full drum-kit to proceedings, with its powerful close that certainly lends itself to concert openings.

Mumford and Sons have their critics, and a great many people did not appreciate the banjos, calling them a tired attempt at a USP; the same people scoffed when that tired USP was removed for Wilder Mind, in making Mumford and Sons even less discernible.

However, in terms of anthemic, off-your-seat kind of rock (the kind to sit in your room to and sing while trying to suffer through a dusty journal article), there’s not many better.

Challenges: Visit all Halls on University Park in Half an Hour