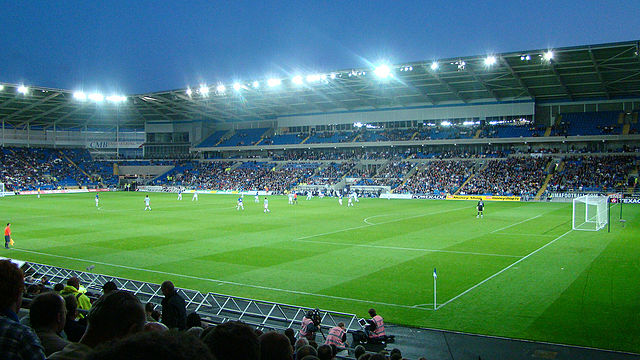 Before Cardiff City’s 2-2 draw with Fulham on Saturday 25th February, manager Neil Warnock put pen to paper on a contract extension. It was one of the most popular decisions the suits at the club have made since Vincent Tan became owner in 2010.

This is down to the remarkable turnaround the veteran boss has orchestrated since taking charge in October. He has steered the South Wales side away from the bottom three and to the relative heights of 12th with thoughts turning to an unlikely play-off push in the latter stages of the season.

However, this turn around comes true to form for Warnock, who is somewhat of an expert at management in the Football League.

Warnock started his career in football as a player during the 1960s and 70s before starting his 37-year managerial career in 1980 with Gainsborough Trinity. During that time he has gained seven promotions as a manager, cementing his place as a stalwart of English football, with his most recent promotion coming with QPR in 2011. When appointed as the Bluebirds’ manager last year they became his 15th club.

But it was Warnock’s spell in charge of Rotherham United at the tail end of last season which whetted his appetite to continue in management – despite being 68 years old. He miraculously saved the Yorkshire club from near certain relegation by overseeing an 11 game unbeaten run. However, the Millers couldn’t give Warnock the money or assurances he wanted in order to stay, so he left.

Rotherham’s loss was Cardiff’s gain however as Warnock was parachuted in to save a team who were failing miserably under Head Coach Paul Trollope, who left the club in 23rd position. From there on Warnock has worked his magic and made Cardiff much harder to beat and lifted them into the top half.

Things began to click at the turn of the year with an impressive home win over Aston Villa followed by away victories over promotion-chasing Leeds United and Derby County. No team has won more points in the Championship than Cardiff in 2017.

Results on the pitch, coupled with Warnock’s cheery and optimistic outlook, have made him an instant favourite with the fans. He has brought back a feel good factor to the club which had been missing in recent times. This is largely down to Warnock’s larger than life character, whose love for the game can be seen on touchline; he lives and breathes the beautiful game.

WARNOCK: "Whilst we can’t promise anything, I want to try our best to be in the top half."https://t.co/NgKQsq8GhG#CityAsOne pic.twitter.com/9oFhxlXj9h

That’s not to say he doesn’t have his enemies – he’s hated by a large proportion of rival teams and he said recently that instead of a minute’s silence when he dies he wants a minute’s booing at Severn-side rivals Bristol City.

But with the new contract in place Warnock is already looking for a record 8th promotion next season.  Speaking to the BBC he said: “They couldn’t have done it any quicker apart from driving around to my house yesterday. I expected it to be done in the next three or four weeks, but there was not a lot that needed sorting out.

“We wanted to stay, they wanted us to stay, we wanted an opportunity to do well next season, and they’ve given us that. Now we want to try and put the club in a place where we will be strong enough next season to have a go.

“We’ll be up against big budgets so we’ll have to be very good at what we do all over the club to give us a chance to get successful.”

A plethora of Pieminister pies: a British Pie Week special