During our SU Elections media day on Saturday 4th March, we chatted with the candidates hoping to be your 2017-18 SU President. Here’s what they had to say. 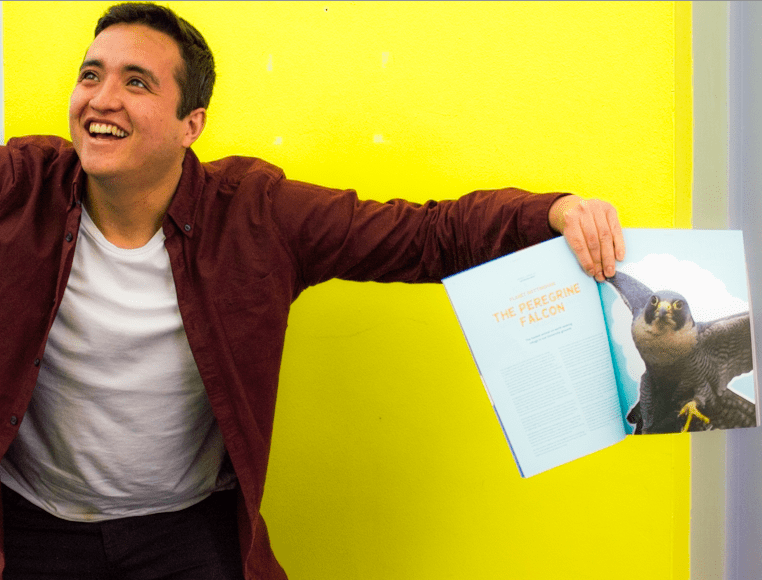 Alan Holey is an international student from Hong Kong, running to be your SU President.

His manifesto is focused around his motto ‘SU 4 U?’ The motto stands for four key points: Your Voice, Recognition, Transparency, and Connect.

Alan told us that ‘Your Voice’ reflects his aspiration to improve student feedback for SU societies.

‘Recognition’ is Alan’s desire to acknowledge “student super heroes within our student body”, citing students who have taken part in fundraising initiatives. He plans to reward these student efforts with a certificate bestowed by the SU.

‘Transparency’ is another key principle of Alan’s manifesto, which he plans to achieve by designing a new page on the SU website to update students on SU developments.

“Alan wants to show everyone who he is, telling us he is “fun and not super serious””

‘Connect’ is the final facet, which Alan says stands for his desire for SU officers to take part in more student-run activities.

In terms of his experience, Alan was the President of Florence Boot Hall, where he organised various events and legislated and lobbied ideas during presidential meetings.

He was also a Welcome Week Mentor and is currently the Vice President of the Geography society. Alan said these experiences have given him the “ability to take care of a lot of students”.

Concluding, Alan says he looks forward to the campaign and further opportunities to explain why he is running.

He wants to show everyone who he is, telling us he is “fun and not super serious”. 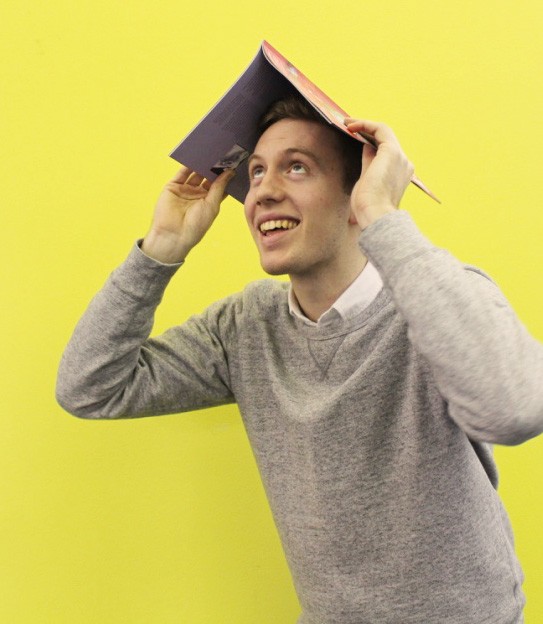 Cameron believes that his experience as a Welcome Week Co-ordinator is key to his campaign to be President of the Students’ Union.

“The close working relationship with the Students’ Union” is one of the main aspects of being a Welcome Week Co-ordinator that he believes will assist his campaign.

“It’s almost impossible” for Cameron to pick a single most important point from his manifesto, but he believes that an expansion of the Spotlight on Societies blog is crucial.

He says that “smaller societies, sports teams and SRSs (Student Run Services)” need to be able to publicise their achievements.

When asked about his desire to increase the SU’s presence at the satellite campuses (particularly Jubilee and Sutton Bonington), Cameron tells us that “we really need to drive home and continually work on” forming an SU presence.

“Sutton Bonington […] doesn’t even have the new [Students’ Union] branding yet,” he recognises.

As part of his manifesto, Cameron believes that an increase in the number of gender neutral toilets is an important issue.

We ask Cameron if he would continue to push this manifesto point even if the referendum held on 13th March voted against the idea.

He replies that, for him, making “students feel comfortable” is the most important thing. 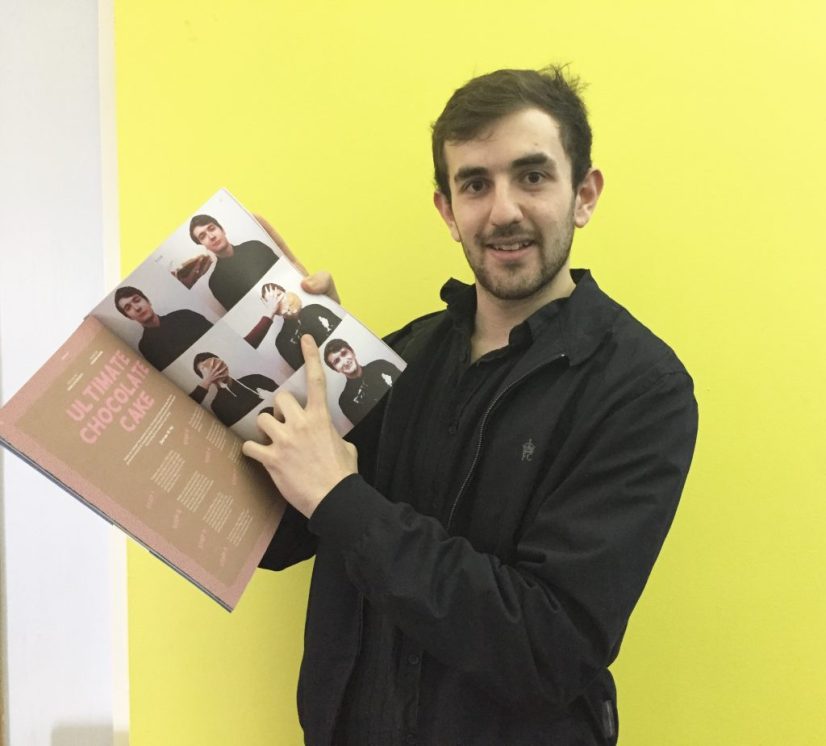 “I’ve been involved with the SU throughout my time at uni,” he tells us. “I was a Welfare Rep in Derby Hall in first year, a Week One Mentor last year and I am the Tour Secretary of the Rugby Union team this year”.

“Being an active member in all these societies, as well as being a student in general, gives me an ‘everyman’ perspective which helps me to understand students’ concerns,” Francis explains.

When we ask about his manifesto, Francis says: “One of my main points is the concept of increasing the accountability of bouncers. I want to set up a phone line within the SU facilities, in addition to Nightline, so that all allegations of physical and sexual assault will be taken with the utmost seriousness”.

Despite his pledge to reduce the length of SU campaigning, Francis is looking forward to the campaign season. “I helped last year on the campaign trail and really enjoyed it”.

He adds: “I enjoyed the promotion in the clubs, but I’m not looking forward to the 9am shout outs quite as much!”

Francis also wants to make sure Sutton Bonington does not get forgotten. “By giving the SB Guild almost total autonomy, even though it will make them more separate, they may feel more a part of the Uni because we’re more responding to what they want,” he explains.

He continues: “A lot of people who run for SU positions haven’t been to Sutton Bonington before, so giving them that freedom will allow them to better run their campus”.

Francis also informs us that he would like to reinstate the 7-Legged bar crawl as a Karnival event.

“The [alleged] actions of a minority shouldn’t deprive students of one of the longest-standing events of its type. In terms of revenue it was Karni’s biggest cash cow,” he concludes. 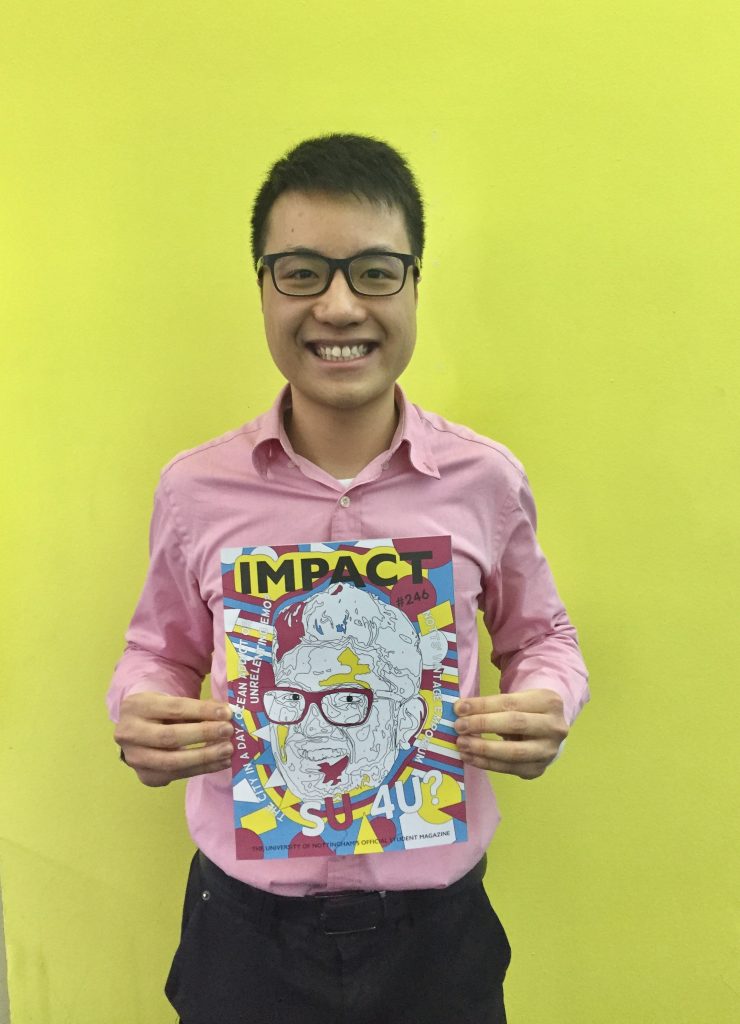 Joshua Chan, a third year Economics student, is running for the position of SU President.

The key message of his campaign is one of inclusivity and approachability, “engaging with a lot of people to get their views on the current Students’ Union”.

As a current Economics Education Representative, Joshua has overseen many restructurings within the School of Economics and has been actively involved in reformations, such as changes to dissertation weighting.

“Joshua’s key policy is making students at Nottingham feel like it is their “second home”, irrespective of who they are”

Joshua has also been heavily involved in University societies, acting as a Committee Member Trainer in the Stars Trainer program, as well as being the Social Secretary of the Wing Chun society.

As an International student, Joshua’s key policy is making students at Nottingham feel like it is their “second home”, irrespective of who they are.

He hopes to create a cohesive community by organising monthly President Question Times on different campuses, allowing him, as SU President, to “engage with students, answering their questions in a direct manner”.

Joshua is particularly looking forward to meeting as many people as he can, by way of his campaign trail, “not just hall presidents, but all students walking by Portland, giving them the chance to meet (him) personally”. 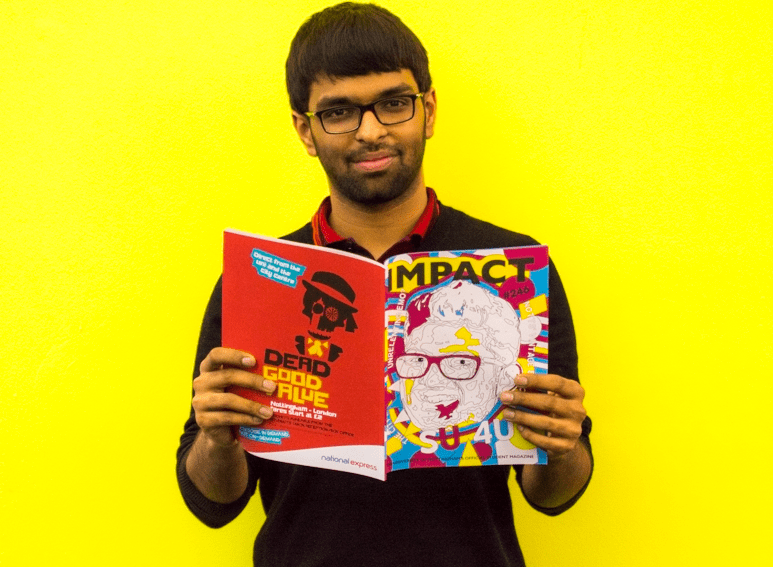 Rahul Jaju is a third year Management student who wants to be your next SU President.

He is currently the President for the Indian Society in Nottingham, and has previous experience as General Secretary of that same society and as a hall representative.

A measure he has implemented in his society, and which he wants to extend to all societies, is meeting with the SU more often and in an efficient manner.

He says: “There’d be an online platform. Societies can fill out what times they’re comfortable with, and every fortnight we can meet with as many societies as we can”.

Rahul believes this will improve communication between the SU and many societies, which at the moment happens mostly via email.

This sentiment is echoed by his key manifesto point, an improved problem-solving mechanism for societies.

He believes inclusivity and diversity are important in this regard, “ensuring that everyone participates, not only one group”.

When we ask about how he would combat the stigma attached to discrimination and disability, a main point in his manifesto, Rahul states that he would work closely with the entire SU team, bring in more people from the outside to speak on these issues, and make it part of student handbooks to spread awareness.

Increasing the amount of fundraising events is also a big part of Rahul’s campaign, making the events more well-known and easier to get involved with.

He tells us that “it’s important to promote volunteering opportunities more”.

Rahul divulges a few further points to us that he did not include in his manifesto, including the organisation of intercultural events that allow everyone from different cultures to participate.

Although he recognises that the University already hosts similar events, Rahul thinks he can expand on this by “bringing more cultural speakers, readers and writers into the University”.

Note: Sam Emmett did not attend the Media Day on Saturday 4th March.

In his manifesto, Sam states that were he elected, he would aim to champion a Union where “all voices are given equal and fair representation,” as well as providing “more scope for student-led charity projects to work on campus”.

Sam believes that student groups need to be engaged with on a fundamental level, producing a “Union that not only acts as a regulatory body for students, but one which cares, providing greater engagement with students at the ground level”.

Sam’s previous roles that he feels will help him fulfil role as President include being the Treasurer of the University’s Catholic Society for the academic year 16/17.

He would “strive to achieve a Union that is, in mentality, cohesive with that of the students”. 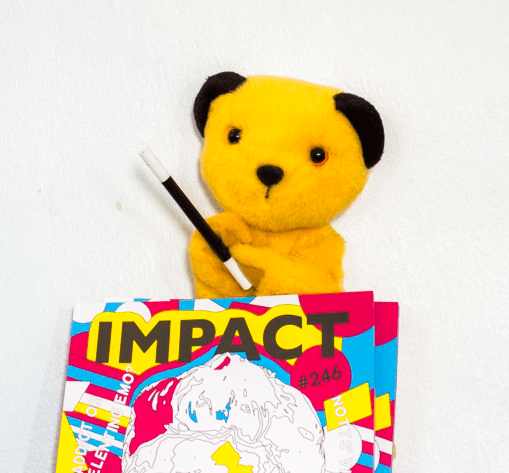 Sooty, from popular children’s TV show “Sooty”, is not only a magic yellow bear but also a candidate for this year’s SU President. Whilst Sooty remained silent throughout the interview, he conveyed his thoughts through a friend he has met at UoN.

Sooty’s main policy is to convince the University to completely demolish its nuclear arsenal as it is “not a real form of defence”.

He also wants to make sure that the University stays diverse and welcoming to all students by having an alien landing pad situated on the top of the Sir Clive Granger building.

Sooty claims that one of his rival candidates, Sweep, believes there is already an alien crash site underneath this building.

When we ask him about Sweep running, Sooty states that despite their friendship in the show, they will not be able to work together during the campaign process, although both candidates have the same manifesto points.

Sooty has his very own Twitter page which is starting to gain momentum; he plans to use it to answer student’s questions and share his key manifesto points.

Finally, he is most looking forward to a poster war with Sweep during campaign week. 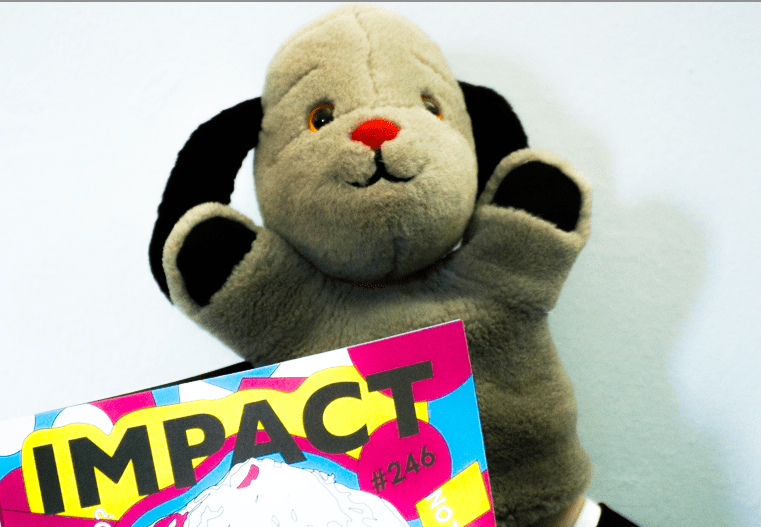 Sweep is best known for his role in the beloved children’s show “Sweep and Sooty” (Sweep claims this to be the right naming order) and is running to be your SU President this year.

Firstly, Sweep wants to categorically deny any accusations (most likely from Sooty’s campaign team) that he believes the earth to be flat.

He also tells us that he knows there has been an alien crash landing at Sir Clive Granger building.

Sooty and Sweep’s manifestos are both very similar. When we ask about this, Sweep tells us he has no idea how this happened, but suspects his own staff could be behind the leak.

Sweep’s main manifesto point is that a nuclear arsenal is needed in order to “be competitive with other universities”.

He is also very excited to see how students are reacting to his plans to move 9AM lectures to 9PM.

On the possibility of this happening, he confidently tells us: “Everything is feasible if you want it enough”.

Another key point on Sweep’s manifesto is to flood the lake, as he believes this would create more habitats for aquatic life.

He assures us that this idea stems from his more environmentally conscious attitude in comparison to Sooty.

Sweep is most looking forward to talking to students and hearing their ideas. His main goal throughout the campaign is to become SU President and “destroy Sooty at all costs”.

Note: Sweep communicated via squeaking noises which were interpreted by his friend.

To read the manifestos for your Presidential candidates, head to the Student Leader Elections website.