The University of Nottingham Student’s Union (UoNSU) has confirmed that ‘RAG Raids’ run by student-run charity Karnival ‘have ceased’, following an investigation by the SU and the Karnival Executive Committee.

In a statement released today, UoNSU have confirmed that no further Karnival RAG Raids will be allowed to take place, following ‘concerns over compliance with safeguarding and health and safety requirements’.

RAG Raids, run by Karnival, are events in which students travel to different cities and raise money for charity. According to Karnival’s page, one RAG raid in 2014 raised £66,552.72.

The decision to stop the RAG Raids comes as a ‘direct response to allegations made against two specific halls […] that took place in the first semester of 2016’.

Following the allegations, made towards the ‘end of November 2016’, an investigation was held, which found that health and safety regulations had ‘not been followed [and] were not fulfilled on numerous occasions’, in accordance with the Charities Act. 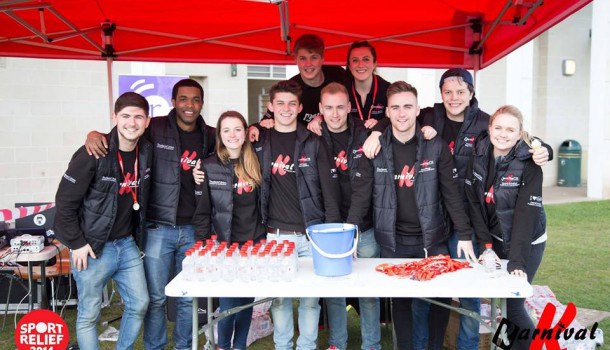 “We are now looking forward to the future and are working to improve and expand Karnival.”

The Charities Act 2016 imposed more controls over the relationship between charities and organisations to raise funds on their behalf, as a way of safeguarding those fundraising and those who are indirectly affected by such activities.

Last year, Karnival went through changes in response to the new legislation, and the SU confirmed that Karnival “being reinstated” was on the condition that “they followed safeguarding policies.”

According to UoNSU, the details of the investigation and ‘the halls involved is confidential’.

The decision to ban RAG raids was made by the Chief Executive of the Students’ Union, supported by the Board of Trustees. The Board of Trustees comprises of four full-time SU officers, up to four students who are not sabbatical officers, and four external representatives.

“The safety of our students is paramount and in the event of something happening on any of our activities we need to be confident that we’ve followed all safeguarding checks.

The failures and learnings have been identified and the Karnival Executive Committee and the  Students’ Union Officers and staff are now working together to review and improve the training, support and the policies for all Karnival activity.”

“We aim to develop a more sustainable model for our group”

“While the news that RAG raids will cease comes as a huge disappointment to us all, we are now looking forward to the future and are working to improve and expand Karnival. We aim to develop a more sustainable model for our group that includes activities that can engage more students than ever.”

The Students’ Union has asserted that Karnival will not be closing, but reaffirmed that updated Charities Act and fundraising legislation had led to the ‘changes to Karnival’s processes’. It has been confirmed that a project team will create an ‘action plan and timescale’ for the changes and improvements to the event.

The SU assures that Karnival “continues to make a huge contribution to many charities through its fundraising activities, and to the local Nottingham community through its volunteering activities.”

The Karnival Executive Committee thanked the charities who they partner with and ‘look forward to redeveloping and continuing the relationships’.

Family of student who died in car crash release statement