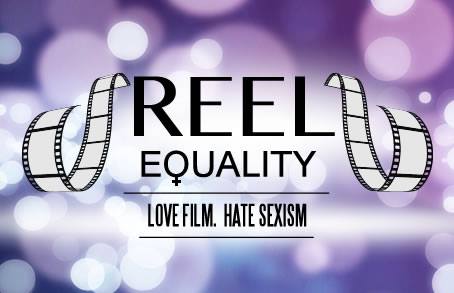 Reel Equality, a campaign of the Nottingham based organisation, Equation, has involved itself even further regarding an issue that lies close to the many – gender inequality on the big screen. Impact Magazine interviewed Reel Equality volunteer Agnes Flues to disclose their defining purpose for Nottinghamshire. With developments such as Julieta, Wonder Woman and the incoming Netflix original Glow, can we see an improvement in female representation? If so, will it continue as such or face an expected plateau effect?

Agnes Flues, Coordinator of Human Rights Law Centre at UoN’s School of Law and volunteer with Reel Equality, sheds some light on R.E.’s direction as well as their approach to a prominent issue of gender inequality within Hollywood.

Agnes, who obtained her Master’s Degree in Human Rights and Democratisation, in addition to another in International Relations and Human Rights, began explaining to me Reel Equality’s primary strategy. First, they seek an opportunity in building a connection amidst people on rather a difficult topic. The approach is simple – in a domain that weaves throughout all cultures of the world, they can reveal the positive progress of gender equality slowly taking place throughout the film industry.

On the campaign’s film selection process, she explains how R.E.‘s “starting point is for a film to have at least two female characters” that interact and create a dialogue, which then should inherently add to each own’s character development. These attributes keep in line with two of The Bechdel Test’s requirements (two of three total), which is worth having a glance before your Friday night out at Savoy.

These attributes are certainly crucial within a film in order to garner equal representation, but Agnes explains how R.E. also strives to take into consideration the diversity of taste in cinema. So if you enjoy drama, superhero action films, or even horror, R.E. accompanies to all genres across the board.

“The subject has certainly become ‘a much more topical issue’.”

The topic then transitioned on over to the issue of at hand – cultural norms and equal representation. For myself, I understand how equal representation between men and women is an uphill battle in Hollywood. The issue must obtain more traction not only in Hollywood but from every other corner of society. In the past few years though, the subject has indeed become “a much more topical issue,” Agnes reassures me.

One example of existing Hollywood inequalities is seen through academy award ceremonies such as the Oscars. From the early 1900’s to recent times, the domain of white male actors still grabs hold (a majority of the time) to higher-level awards within Golden Globes, Oscar’s and even Tony’s.

Wonder Woman, the current prime example in Hollywood of a female-leading box office success, while successful in general terms, still presents a clear issue. Agnes explains, “We need to create a society that doesn’t consist of films like Wonder Woman that is just ‘one of those films’ with female independence. Women in inspiring roles need to become the norm rather than just the occasional surprise to society.”

I asked if there may be some continuation of female representation on-screen in recent times, but Agnes iterated how it may be “too early to say it’s a trend.” Aside from the leading character roles in film and TV, the issue lingers even further behind the camera. In a recent study from the Center for the Study of Women in Television and Film, 2016 revealed to have a fairly poor representation of female directors. Out of 250 top films of last year, only 7% were directed by women, a figure even lower than 1998 stats.

Following this, I asked Agnes about Reel Equality’s upcoming event on July 13th for the film ‘Julieta’, hosted by the time-worn Savoy Cinema. Keeping in line with Reel Equality’s motto, “Love film, Hate Sexism,” Agnes explains the idea of ‘Julieta’, stating how “it draws a conflicting picture. It doesn’t shy away from exploring what  Three-Dimensional character bring for audiences to witness.” 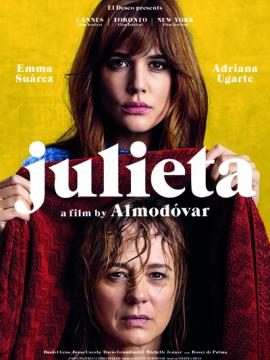 Therefore, if Julieta can maintain an ‘above par’ character development, as well as avoiding the typical male and female relationship problems, it’s most definitely a step forward in promoting proper women’s representation in Hollywood.

Our interview came to a close whilst elaborating the fantastic ambitions Reel Equality intends to show to the people of Nottingham, and perhaps a bit beyond. The campaign created by Equation is “open to everybody” and is very much “an inclusive club,” avoiding a “women-only” group. Agnes goes on by stating she wishes to “encourage all people to come along and see a film” at one of their events. “Even if you don’t care much about the film yet hate sexism (or vice versa)…you’re likely  learn something new either way.”

Nottingham graduates are experiencing a rise in average salary

Who Nottingham Forest should sign this Summer – Part 2: The Midfield and Attack