The Finale of Doctor Who: The Doctor Falls 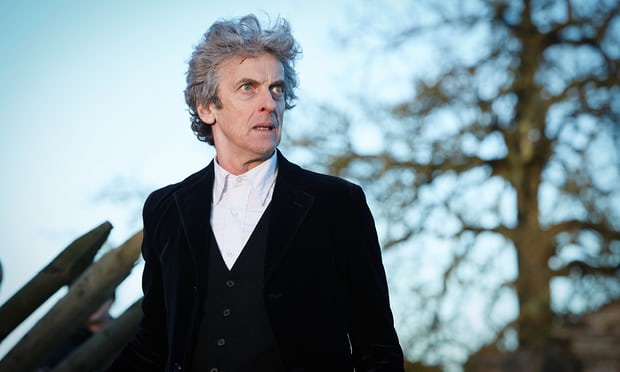 Littered with callbacks to earlier episodes of Series 10 and Classic Doctor Who, ‘The Doctor Falls’ is an explosive and emotive closer to the undisputed best series of the show in recent history. But is  the episode actually any good?

Like any Doctor Who episode which struggles to live up to the sense of epicness evoked by previous stories, ‘The Doctor Falls’ gets off to a sketchy start, using time-hops – and some 2005-class CGI – to avoid the difficulty of following on directly from ‘World Enough and Time’. The fast-paced confusion soon subsides as audiences are treated to one of the most satisfying – if irritable – season finales of Doctor Who since its 2005 reboot.

Gone are the world-or-nothing stakes of ‘Last of the Time Lords’ (2007) and ‘Journey’s End’ (2008), and the style-over-substance artiness of ‘Heaven Sent’ (2015). This is very much a human story – the Doctor, Bill and Nardole are not out to save so much the world, but rather a small group of human villagers, and this heightened sense of intimacy brings out the best in the show, and the characters.

Nardole, up until two episodes ago not much more than comic relief (as Missy cheekily points out in ‘World Enough and Time’), seems to skyrocket through half a series’ worth of character development here, showing tenderness and courage not unlike the Doctor’s own, whilst retaining his knack for tension-relieving one-liners. Particularly moving is his relationship with the now Cyberman-ified Bill, whose story closes with the most tacked-on and jarring call-back in this episode, already swimming in fan service.

Meanwhile, John Simm and Michelle Gomez as the Master and – well, the Master – is, strange and unprecedented how-did-this-get-past-censorship allusion to self-love (ahem) aside, engaging, tense and surprisingly unpredictable. The dramatic conclusion to their story line was definitely the biggest jaw-drop moment of the episode (with enough mystery and intrigue to ensure a return of the Master is perfectly possible, of course).

And boy, are there a lot of jaw-droppers here. Unfortunately fans are going to have to wait a bit longer for that surprise, however, and it is disheartening to see Capaldi’s forthcoming regeneration having been used as a gimmick to maintain viewers’ interest throughout the series – even when it is done well, it feels like little more than a cheap trick. No doubt non-obsessive watchers who didn’t know Capaldi would be taking his last bow during the Christmas special will feel a bit cheated by the not one, not two, but three halted regeneration’s in this episode alone.

But hopefully disappointed Doctor Who die-hards will be cheered up by that other big tease at the episode’s close, if it’s pulled off right come December.

Ultimately, ‘The Doctor Falls’ is action-packed, edge-of-your-seat fun, and after a shaky start, upgrades into a memorable end to a memorable series, with only a few dud notes coming from shoehorned, Rogue One-esque fan-service. Hopefully the BBC don’t feel the need to use gimmicks to sustain interest in the show next time around, because though Capaldi may be leaving the BBC, its certainly proved one thing: Doctor Who is back.

BREAKING NEWS: The University of Nottingham addresses the issue of cladding in student accommodations

The University of Nottingham makes progress for lecture recordings