Following (and long before) the recent announcement that Disney finally is moving towards the release of an Obi-Wan Star Wars spin-off, there has been plenty of speculation about what such a film might look like. For this article, we’ll be discussing what we want and don’t want from an Obi-Wan movie, acting under the assumption that it will be set in between Episode III and IV.

This really depends on when the film is set. If it’s closer to Revenge of the Sith than A New Hope, a child Luke might make a bit of sense, provided he’s accompanied by Joel Edgerton and Bonnie Piesse’s Owen and Beru Lars, and doesn’t take up too much screen time – we don’t need another Phantom Menace-esque boy-following-Jedi-around-a-desert-planet movie.

Most crucially, though, there’s no need to show an iteration of Luke closer to the character’s age in A New Hope. While Rogue One showed that Disney can pull off CGI characters (far preferable to a recast), a Luke cameo would detract from the Obi-Wan focus of the film and likely throw it off balance. Shoehorning in characters for the sake of it is never a good move. 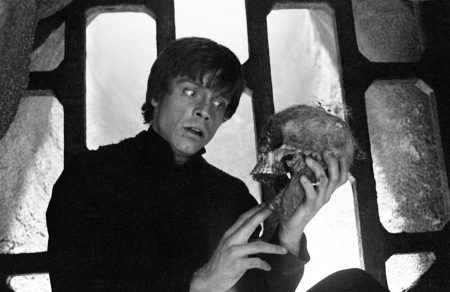 Alas, poor Obi-Wan, I knew him as Ben… And I probably shouldn’t take over his movie…

If you really want to have a character cameo, then surely a Boba Fett one would make the most amount of sense. There’s unexplored beef between Fett and Obi-Wan, and this might nullify the need for a (probably dull) Boba Fett movie, in the same way that Rogue One satiated people’s thirst for more Darth Vader. On that note…

It would make sense for Darth Vader to make an appearance, especially if this movie goes down the route of Obi-Wan dealing with the fate of his former apprentice. But for the sake of continuity, it’s best to prevent any head-to-head conflicts. In Episode IV it’s clear that the pair haven’t seen each other in a long time, and although there’s no confirmation that their last meeting was their stand-off on Mustafar, if Vader knew that Obi-Wan was still alive, he’d do all he could to prevent this.

Just like in Rogue One, Vader should be used sparingly – if he’s to be used at all – maybe confined to a flashback scene or an instance of Obi-Wan seeing him in the distance, finally finding out what really became of his old apprentice.

Yes, he was the second coolest thing about Phantom Menace; yes, he could have been used so much better in the prequels. But with the Clone Wars Maul-Kenobi storyline finally being concluded in Star Wars Rebels, any appearance of a character who is by all accounts dead to fans who have only been following the live-action films will be unnecessarily confusing – especially as it will need to leave Maul alive, making the movie feel incomplete and awkward. 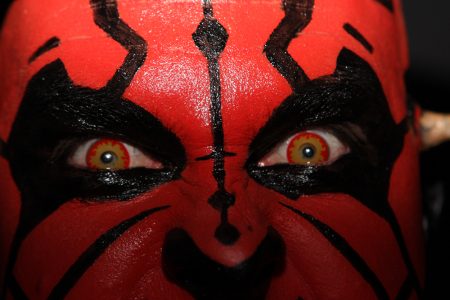 Been there, done that. Like a Luke Skywalker cameo, a possible ending placing Old Ben right where he needs to be at the start of A New Hope will place too many restrictions on the film to allow it to breathe and go where it needs to go. We don’t need another Rogue One-esque advertisement for a forty-year old movie that we’ve all seen way too many times already. This should be a character film, not about the universe at large.

Admittedly, this isn’t a necessity, but rather a way to please the hidden prequel fanboy in all of us. Qui-Gon is the coolest character in Phantom Menace, and didn’t get the screen time he deserved. In Revenge of the Sith, we learn that he has learnt to become a Force Ghost, but this is never seen in the Star Wars live-action movies.

And before purists start calling me a prequel-loving hypocrite, I’m sticking to my belief that shoehorning in characters is not a good move – a Qui-Gon Force Ghost would not just be awesome, but actually make sense from a certain point of view. Obi-Wan is imposed on exile in a desert planet, clueless as what to do and with nobody who understands the situation he’s in. Qui-Gon could offer some much-needed guidance, and could make this the most spiritual Star Wars movie yet.

The last thing a Jedi in hiding wants to do is show off his powers and make himself a target, especially when he’s living on the biggest badass in the galaxy’s home planet. There’ll be no lightsaber action or fight-scenes here – just an ageing man in the desert, looking for redemption, coming to terms with the fall of the Order he dedicated his whole life to.

Of course, Disney wouldn’t be brave enough to put out two hours of Ewan McGregor walking around the desert (and yes, it will have to be Ewan McGregor), even with one of the franchise’s most popular characters attached to the title – but action and tension can come in the form of subtlety, with smaller, intimate threats carrying stakes which feel as high as those in massively impersonal dogfights.

Have Obi-Wan defend a town and let us see him change from the action-ready hero to the wise old sage we see in the first movie – if this is to be a character movie, it should be all about development, and to pull this off, Old Ben will have to learn some serious lessons along the way.

As the prequels have shown, any movie which explores the backstory of an already well-established character is bound to be divisive. But there’s so much unexplored territory with a character as interesting as Obi-Wan that there’s every possibility this could be a good movie, not just a good Star Wars movie – especially if Disney and rumoured director Stephen Daldry opt for artistic integrity, instead of a profitable action romp.