A 19-year old male has been stabbed near Albert Grove in an attack in the early hours of the morning on Wednesday, November 1st.

The attack took place at approximately 6:00am on Wednesday morning, with emergency services called to Albert Grove just after 6.

The victim, a 19-year old male, is believed to have been stabbed in the chest, and was taken to Queen’s Medical Centre. 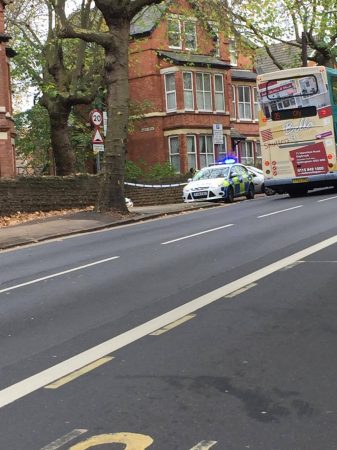 The view of Albert Grove from Derby Road this morning.

“We were called to Albert Grove just after 6am today (Wednesday 1 November 2017). The 19-year-old victim was taken to the Queen’s Medical Centre. His condition is described as serious.

“We have stepped up patrols in the area to provide reassurance for the local community and our enquiries are ongoing”.

At the time of writing, a number of residents are still waiting to be let back into their homes.

Police Officers are appealing for any witnesses or anyone with any information that could help their investigation to call 101, quoting incident number 112 of 1 November 2017. You can also call Crimestoppers anonymously on 0800 555 111.

Look Out For… November