Film Review: Call Me By Your Name 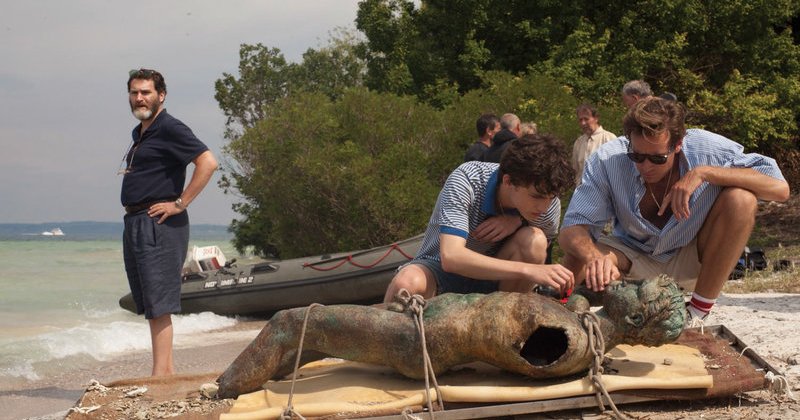 The tragedy of Call Me By Your Name is always in plain sight. A guest who comes must eventually go, and the headiness of summer will inevitably end. Summer flings aren’t bound to last, even if you are only seventeen and have never wanted anything, or any person, so stubbornly. A love letter to all that is impermanent, Call Me By Your Name shows the splendid sadness of what must be left behind.

The film follows seventeen year old Elio, played by Timothée Chalamet, as he slips from adolescence to adulthood. Irresistibly attracted to one of his father’s grad students, who has been invited to spend the summer with the family in northern Italy, Elio is faced with confronting his desire for Oliver, a bold American a few years his senior played by Armie Hammer, or silencing his feelings.

The cloying heat of the Italian summer is palpable in the film, and undoubtedly adds a luxurious carelessness to its depiction of sensuality. Reminiscent of the 1999 film The Talented Mr. Ripley, Elio and Oliver’s mutual desire is made unavoidable when they walk about the villa wearing nothing but shorts; they sunbathe and swim together, made lazy by the heat. Unhurried as the lovers appear, you are almost tricked into thinking that this one summer will last forever. The pastoral beauty of rural Italy, from the cobbled streets of the locals to the boundless hills and rivers of the countryside, are well captured by director Luca Guadagnino. As shown by his aesthetically luxurious 2009 film I Am Love, Guadagnino can’t help but be drawn to the gorgeousness of an idle landscape.

Being that Elio’s father is a scholar of classical antiquity, there is another glimpse of timelessness: of people long dead and not forgotten. The film shows us time and time again how male beauty and love between men was captured through classical sculpture, and the viewer is encouraged to gaze at the film’s leads in the same way. The difference between them is physically stark: Elio stands pale and lanky beside the statuesque Oliver, and walks with the stiff uneasiness of someone imitating an adult.

There is something uncomfortable about these allusions to the classic culture of pederasty – and it isn’t something unnoticed in the film. The more intimate the pair become, the more concerned Oliver becomes with how ethical his treatment of Elio is; however precociously intelligent, bookish, and forward Elio may be, the fact remains that he is only seventeen. While Oliver is treated with unreserved fondness in the film, a question of morality hangs over his character and adds a nervousness to the romance both on and off screen.

Chalamet does an excellent job of showing the heart-breaking intensities of emotion Elio endures during and after his stay with Oliver. One of the film’s most miserable scenes comes when Elio, overwhelmed by the loneliness left by Oliver’s departure, stands alone at a train station and asks that his mother please bring him home.

These are not the first tears of the film, nor are they the last, but to be reminded of Elio’s reliance on his parents is jarring. Unusually for a film about gay romance, family life is depicted in a refreshingly embracing way. Michael Stuhlbarg, (Elio’s father,) adds a brilliant warmth to the Perlman family which is contrasted with a subtly worrisome performance by Amira Casar (Elio’s mother.)

Like any good coming of age film, playfulness weaves in and out of an otherwise intense romance. Sexual passion is also met with mistakes and blunders, and the Psychedelic Furs’ Love My Way soundtracks some amusingly enthusiastic dancing. Love in its entirety – through laughter and heartbreak, passion and jealousy – is found in Call Me By Your Name’s long summer of love.

Behind the Scenes at NNT – The Effect