Death of the Author @ NNT 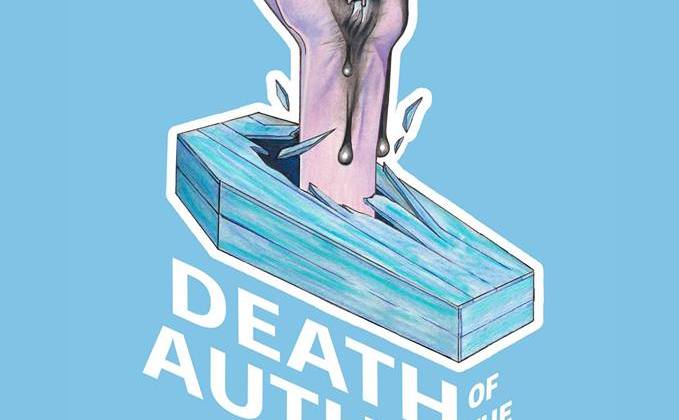 A devised piece of theatre directed by Daniel McVey, Death of the Author is a witty comedy in which a group of literary characters are forced to come to terms with the loss of their creators. The clever concept of the play had me gripped from the get go, and it was a highly enjoyable watch.

Set at the funeral of the ‘author’, the play features the famous characters of Lady Macbeth (from William Shakespeare’s Macbeth), Elizabeth Bennet (from Jane Austen’s Pride and Prejudice), The Jabberwocky (from Lewis Carroll’s Through the Looking- Glass), Dorian Gray (from Oscar Wilde’s The Picture of Dorian Gray), and Dr John Watson (from Arthur Conan Doyle’s The Adventures of Sherlock Holmes).

An unlikely bunch to say the least, the group are shocked and puzzled by the unexpected death of their writers. As you would probably anticipate, budding detective Watson is convinced that the ‘author’ has in fact been murdered by one of the characters, and becomes determined to solve the case, despite his lack of companion in Holmes. Meanwhile, each of the protagonists have their own agenda; with Lady Macbeth plotting to take over the role of the author herself, and with Watson, Dorian and Lizzy being stuck in a very humorous love triangle.

The staging of the play was simple but effective. There was a huge coffin at the back of the stage which stood on a mountain of books, acting as a constant reminder of the ominous absence of the author. I absolutely loved the music chosen, comedic use of songs like ‘Just The Two of Us’ created an almost cinematic experience and captured the light-hearted feel of the play.

The lighting also added to the performance considerably, with red lighting used when Lady Macbeth revealed her villainous plan for example. Although the lighting could have perhaps been a little more varied and experimental, it did help to match the mood. I believe there were a few technical problems in the show, however this didn’t detract from my overall enjoyment.

The acting was fantastic, and for me each of the actors became their character, fully embracing the mannerisms, costumes and personality traits. Portraying such well-loved and renowned characters was a risk that definitely paid off. Praise should be given to Emily Wong in particular, who brought the eccentric and unpredictable Jabberwocky to life. As well as this, there was lots of interaction with the audience, creating more humour and allowing them to get involved. Each of the characters delivered a monologue about their feelings towards their creator, making the audience stop and ponder the relationship between a writer and their invented characters.

The play ends on a more serious note, with the characters opening the coffin and finding their own books inside. Following this, they must decide whether or not to read the ending of the books, and how they will go on without their author to continue writing their story. Watching the existential crisis of fictional people was rather amusing, especially since we are aware of how each of their stories end, but it also added another dimension to the plot. This was very impressive considering the fact that the whole script was written from scratch during rehearsals, and the whole team should be immensely proud of what they have achieved.

Death of the Author is a production that will no doubt make you laugh out loud with its slapstick humour. Sharp, smart and fun, it will make you reconsider everything you think you already know about these literary characters, and remind you why we love their tales so much.

Justice League Review- Everything Wrong with the Superhero Genre