Everton: Is Big Sam your knight in shining armour? 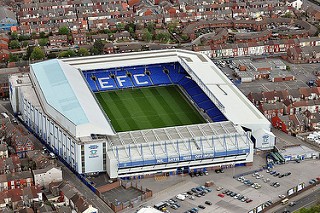 The fact that it took 5 weeks to replace Ronald Koeman seemed farcical at times, but can big Sam turn this fragmented club into the successful team it’s fans demand? Koeman departed on 23rd October with Everton in the relegation zone, perhaps due to his inability to fill the Lukaku-sized hole upfront, despite spending somewhere in the region of £140 million in the summer window.

David Unsworth took charge as caretaker manager and many believed this to be a temporary fix whilst looking for another manager or a trial run to see if Unsworth could step up to the challenge of managing his boyhood team. However, he struggled to create a cohesive team and in 5 weeks, in all competitions, the team had won 2 games, drawing 1 and losing 5.

This diabolical form, at times leaving Everton in the relegation zone, was clearly due to the uncertainty surrounding leadership, with the squad’s lack of confidence increasing. It was unclear whether Unsworth had the chance to ever become the manager permanently, and with a failed campaign to attract Marco Silva, the owners seemed unsure as to where to turn, until finally signing Sam Allardyce on 30th November.

? | #EFC can confirm the appointment of Sam Allardyce as the Club’s new manager on a deal until June 2019. pic.twitter.com/fa9cjsE0HN

It seems the catalyst for finding a manager was the humiliating 4-1 defeat against Southampton on26th November, leaving Unsworth to state that “things have to change quickly” as the team fell to 16th position in the league with a goal difference of -15.

Unsworth’s last game in charge was the 4-0 win over West Ham, however, with rumours circulating and Allardyce watching from the stands, it was evident that a contract for Sam was due and the team seemed to perform for him, showing what they were capable of with the cloud of uncertainty which has been surrounding the club being removed. This was the first clean sheet since the opening game of the season against Stoke, and Rooney’s first hat-trick for Everton, both signs of a club ready to reform.

“Allardyce has never been relegated from the Premier League”

Everton’s lack of consistency, confidence and competence had crippled them under Unsworth, and the fans and owners alike are hoping that the appointment of Allardyce will instil confidence in the players and bring stability, and there are even higher hopes as Sam has said he wants to be “much more than that”. His first game in charge was Saturday’s 2-0 win over Huddersfield, which left him to say that it was “onwards and upwards” for Everton as they now sit 10th in the table, after being 16th the previous weekend after the Southampton defeat.

Fans will now hope that this is not just the first game win under a new manager which clubs so often display and that Everton can return to their hopes for a top-half finish and leave the relegation worries far behind, as Allardyce has never been relegated from the Premier League.

However, despite Sam’s great record at the bottom of the table, there are concerns as to how far he can go with a club of Everton’s stature. It is clear that he was signed at a time of desperation with a relegation battle creeping ever closer and that he was not the club’s first choice: if he was he would have been signed as soon as Koeman was out of the door. Former Everton midfielder Leon Osman said that “if games are won, then fans will warm to him. Long term, maybe not” and these questions surrounding Sam’s ability to push Everton further than Koeman could have are emanating from this appointment.

Overall, Everton needed a manager as soon as possible, and Sam Allardyce was the right man right now to bring some consistency to this Everton side. However, with his reputation as a manger for survival, can his style of football be adapted to push Everton into not just the top-half of the table, but the top 6? And after this terrible start to the season, will a top-half finish be sufficient for a team who sacked their manager for someone who can take them to the next level? Only time will tell, but it seems unlikely that we  will be revering Big Sam alongside Mourinho, Conte, Pochettino, Klopp and Wenger.

Justice League Review- Everything Wrong with the Superhero Genre