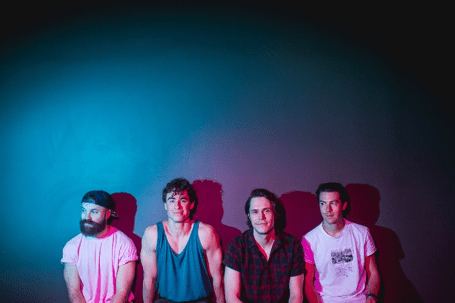 Back with their third album Technology, Don Broco introduce a heavier and more complex sound than previously seen on their first two albums Priorities (2012) and Automatic (2015). The Bedford rock band showcase an experimental approach to song-writing across all fourteen tracks, with a collection of high-energy songs that could all easily exist as stand-alone singles.

“Focus on the way their songs feel”

The band seem to have really taken getting past the ‘tricky second album’ in their stride, choosing to focus on the way their songs feel rather than on meeting traditional song writing conventions. The title track ‘Technology’ introduces a strong fusion of electronics, metal and funk to their signature 80’s pop-inspired rock sound, showcasing the band’s musical development perfectly. 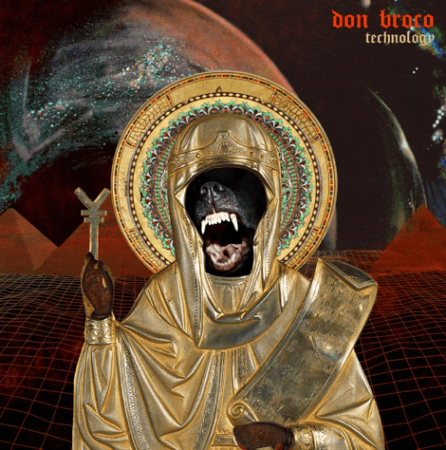 One of the standout features of the album is the inspiration behind the songs. Far from being an album of endless lovesick anthems, the band has taken inspiration from the effects of Brexit in the song ‘Something To Drink’, from social media in the title track ‘Technology’ and from fake news in ‘Stay Ignorant’ and ‘Porkies’. Despite the interesting topics, some songs are let down by overly simplified and repetitive lyrics, not to mention the downright strange mentions of Bedford on the fifth track ‘Pretty’ and chili con carne on the twelfth track ‘Good Listener’.

“Doesn’t quite create the same effect that the inclusion of a slower, simpler song would”

Although the songs contrast in terms of theme and sound, they are all very high-energy, with no slower tracks to break up the intensity. Most of the songs do have a slower section around the two-minute mark, but this doesn’t quite create the same effect that the inclusion of a slower, simpler song would in providing contrast.

With extremely infectious choruses and strong feel-good vibes, ‘T Shirt Song’ and ‘Come Out To LA’ stand out as the best songs on the entire album. Despite the fact that both songs are about negative experiences, the tracks are extremely upbeat. As well as suggesting that the band is in a good place, this has clearly enabled them to experiment with new techniques throughout this album.

The use of heavier beats and highly distorted guitars in the tracks ‘The Blues’ and ‘Tightrope’ provides an interesting contrast to Rob Damiani’s vocals, creating a sound which I think is best described as the lovechild of Nothing But Thieves and Royal Blood. Comparison’s aside, Don Broco have the fascinating ability to mix funk bass-lines with rock riffs and punk lyrics in ways which I had previously never come across. 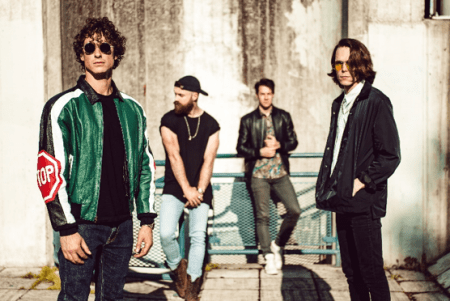 The inventive and somewhat brave use of a cowbell in ‘Everybody’ and ‘Greatness’ demonstrates the extent to which the band are willing to experiment. In most cases this use of unconventional instruments and guitar riffs creates a refreshingly new and unique feel. However, the spoken vocals of ‘Pretty’ seems a little too odd, especially since it follows the most polished and radio-ready track ‘Come Out To LA’.

but the unusual combination of instruments and vocals definitely makes the whole album worth listening to. The differences between the songs and the fact that all could succeed as singles doesn’t stop the album from feeling complete as a whole. Most importantly, every song on the album feels good and would feel even better live, making Technology the band’s most interesting an exciting album to date.

Look Out For… February