Sarah points out some of the highly anticipated film releases of this month... 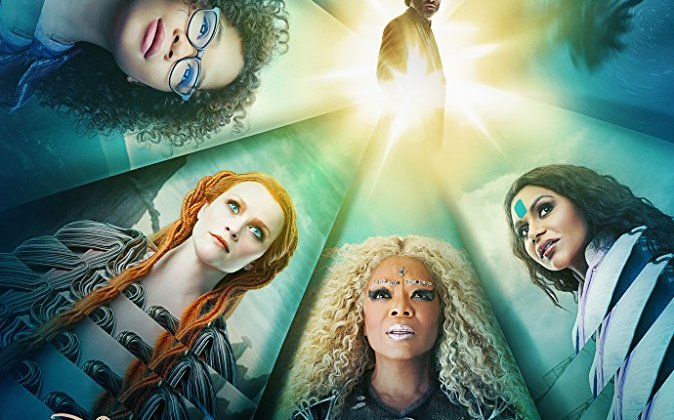 To kick things off in March, it’s the 90th Academy Awards. But in a business that’s always looking for that ‘New Thing’, the past twelve months’ worth of awards hype will be rendered meaningless within a week. Instead, it’s onto the next batch of hopefuls. After all, let’s not forget that Get Out was released the same weekend as the Oscars last year, so who knows – maybe one of these could be a surprise hit (though, it seems unlikely).

If you’re looking for a Nicolas Cage movie that’s crazier than a…Nicolas Cage movie, then Mom and Dad – about parents who want to murder their children – should be top of your list. There are big-budget blockbusters aplenty too, such as Pacific Rim Uprising – the sequel to the 2013 sci-fi hit about sea monsters – and the Alicia Vikander-starring reboot Tomb Raider. However, if you’d prefer understated, then Paddy Considine directs, writes and stars in Journeyman as a boxer who suffers an accident, leaving him without any memory of his family.

Other than that, there’s a great variety of films – from foreign-language to action-packed – to choose from; here’s what to look out for this month.

Nominated for Best Foreign Language Film at this year’s Oscars, director Sebastián Lelio returns with what promises to be another thrilling film.

The fantastic woman in question is Marina (Daniela Vega), who enjoys her life with her partner Orlando (Francisco Reyes). However, when he suddenly falls ill and dies, Marina must deal with his family’s prejudice against her gender identity, as a transgender woman. As she grieves though, matters are made all the more worse when Orlando’s family start to suspect that she had more to do with the death than she is saying.

If reviews are to be believed, then the highlight of this already-superb film is Vega, who gives a nuanced, moving performance as Marina. Although it is truly a shame that she missed out on a Best Actress Oscar nomination, hopefully the momentum behind her breakthrough will translate to further opportunities in the future.

Perhaps among the least well-known of this bunch, Gook is about two Korean American brothers (Justin Chon and David So) who befriend a young African-American girl (Simone Barker), on the eve of the 1992 Los Angeles Riots.

Directing his second feature, Cho appears to have created a heartfelt look into discrimination within minority communities, against the backdrop of racism on a larger scale. If you’re hoping for a more sombre afternoon, this’ll do the trick.

A Wrinkle in Time – 23rd March

Everyone has at least one person who they regard with great admiration and respect, even if they haven’t experienced their work first hand. For me, that person is the visionary director Ava DuVernay. By helming this project, she becomes the first woman of colour to direct a live-action film with a budget higher than $100 million. And, even forgetting all of that, the trailer alone is reason enough to go out and watch this movie.

Based on the classic children’s book by Madeleine L’Engle, A Wrinkle in Time presents Meg Murry (Storm Reid), a young girl who just doesn’t seem to fit in. However, when she is introduced to three rather interesting otherworldly beings (Mindy Kaling, Oprah Winfrey and Reese Witherspoon – yes, you read that correctly), she embarks upon the most epic of journeys across dimensions to find her father (Chris Pine).

Considering I have no attachment to this project whatsoever, it’s strange how emotionally invested I am in the film’s success. But with a cast this strong, led by a director who has that Midas touch, I don’t think I have anything to worry about.

Like A Wrinkle in Time, Steven Spielberg’s latest promises to be a visually stunning feature. Having watched the first trailer more times than I care to admit, this is among my most anticipated of the month.

Based on the best-selling novel by Ernest Cline, Ready Player One is set in the year 2044, where humanity spends most of its time on the OASIS, a virtual reality created by the recently deceased billionaire James Halliday (Mark Rylance). However, as Halliday had no heirs, his vast fortune and control of the OASIS is left to whoever can find three keys hidden within the depths of the near-infinite OASIS. When Wade (Tye Sheridan) discovers the first key, he embarks on a life-threatening journey through nightclubs and arcades and across worlds, to beat evil corporations to the ultimate prize.

This is sure to be a pop culture geek’s dream, especially if you’re a fan of the 80’s. But even if you’re not a video game obsessive, the incredible aesthetic and invigorating score line this up to be an immersive experience.

Most directors would probably decide not to follow up their most critically and commercially successful film with a stop-motion tale about dogs. Then again, most directors aren’t Wes Anderson.

Another film set in a dystopian world – though much different to Ready Player One – Isle of Dogs is about a Japanese island where infected dogs have been sent for quarantine. When young Atari’s (Koyu Rankin) tries to find his own dog, it seems to be a seemingly impossible task – that is, until he gets help from some of the other dogs.

Of course, it wouldn’t be a Wes Anderson film if it didn’t have the usual suspects (Bill Murray, Edward Norton, Tilda Swinton and Bob Balaban), but he’s also indoctrinated some newcomers (Scarlett Johansson, Greta Gerwig and Bryan Cranston) into the troupe. So if you’re a fan of symmetrical clay (who isn’t) then this is a must-see.