The Merc with a Mouth is back - check out Georgia's thoughts on the trailer here!

Released in 2016, Deadpool was a wonderfully hilarious, action-packed movie, starring Ryan Reynolds as everyone’s favourite anti-hero. The fourth-wall breaks were phenomenal, and the story was surprisingly outstanding. It was a great breath of fresh air compared to the usual portrayals of Marvel’s heroes. It was a phenomenal success, and fans were thrilled when a sequel was swiftly announced. Now, after two fantastic teasers, the official trailer for the film is finally here.

Although it starts rather simply, with our favourite taxi driver humming along to the radio, it quickly escalates into the Deadpool movie we all know we will love, as the man himself comes barrelling towards the car, and jumps straight through the (closed) window, initiating the real Deadpool action.

We get a brief recap of what Deadpool is (a mouthy badass, with a hilarious attitude – please, let us take a moment to appreciate the killer heels at 00:30), see some familiar faces, and then, at long last – we get a hint towards the story of Deadpool 2. So, what do we know?

Well, first of all, we’re given the name of our new villain: Cable, a seemingly badass soldier, built like a truck – a different villain archetype from the first film’s ‘Francis’. Exactly what his ultimate motives are, we still don’t know, but we know he’s after some kid, and, like most ‘hero’ movies, Deadpool is going to stop that – with the help of ‘The X-force’. Like the X-men, but better, because Deadpool’s actually in this group. 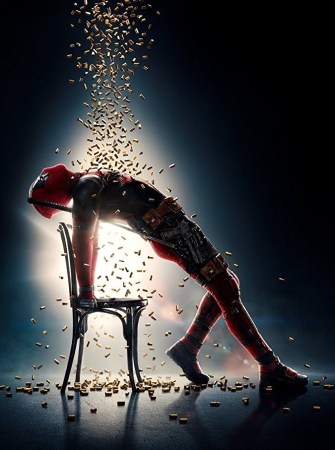 Re-appearing from the first film, we again see Negasonic Teenage Warhead (Brianna Hildebrand), Colossus (Stefan Kapicic), Weasel (T. J. Miller), and the inside (if only partially) of the X-Men building, (as revealed by Deadpool’s wonderful playing around on what is presumably Professor X’s chair), but we also get a few new, and refreshing faces to help form this new ‘X-Force’, most notably of whom is Domino (Zazie Beetz), as well as Bedlam (Terry Crews), and actress Shiori Kutsuna in “a key role” (Surge? Psylocke? Will we have to wait until the film to know for sure?).

From the trailer alone, we can see fantastic combat action, brilliant one-liners, and, of course, Deadpool’s famous fourth-wall breaks – all of which promise a fantastic sequel.

The only downside? From the last final seconds, it seems as though this will be the final Deadpool movie (at least for the time being) – but as they say, two is a good point at which to stop. Let’s just hope this upcoming sequel is just as good, if not better, than the first.

Coming to cinemas 16th May, this is certainly a film to watch out for.

Scrapbook – Games to Play Before You Die

What Oscar Nominated Films You Should See, Based On Your Horoscope