Zoe Burgess sits down with Notts County chairman and owner Alan Hardy to talk about the emotional impact of being at the helm, his visions for the future and his infamous social media presence.

In January, Alan Hardy and Kevin Nolan celebrated one year at Meadow Lane. In that time, the duo have dragged Notts County from the bottom two of the football league to within touching distance of leaving the division through promotion. Speaking to Impact, Hardy reflected on his time with the Pies and the emotional roller coaster that is owning a League Two club.

‘How have you found your first year at Meadow Lane; and how does it feel to own a football club?’

“This is my first venture into football and I never anticipated how much of a rollercoaster of emotion it would be. Every game brings excitement and that’s something you just don’t get working in the corporate environment, so the biggest surprise for me has been how much the emotion sucks you in. It’s far less structured and more passionate than the business world and decisions are made more in the moment, meaning my job is to try and stay as level headed as I can, but it can be very difficult because at times I can be the one who is at the heart of the emotional turmoil.”

‘So with the emotion that your position brings, do you see this as more of a passion than a business?’

“It is very much a business, and it has to be because of the amount of money involved. Whilst I put my own stamp on the ethos and environment I create at the club, I am very much aware that Notts County will exist long after I exist. I see myself as someone who is holding the reigns and I am taking them on a journey that hopefully takes them to a better place than when I started the journey.

“This is not something that I will own for life and I do not believe one person owning it for a lifetime is in the best interest of the club or the business. It needs fresh ideas, fresh energy and new passion and people who are at the heart of driving that success.” 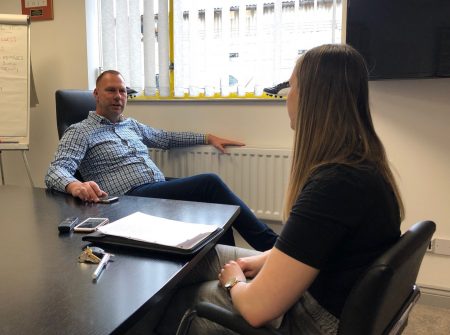 ‘One way in which you have brought fresh ideas to the club is your rearrangement of the board, which included bringing in Darren Fletcher. What is your relationship with him and what has he added to the club?’

“His job is to challenge me and my decision making, so I bounce ideas off him and see how he responds. His knowledge of football as a sport and how players think and behave is incredible. Whilst we have our own sports psychologist who looks at things from a text book point of view, Darren has a different take on how footballers think and approaches things from a players perspective. He also has extensive experience of how to communicate with managers and how they like to be the focal point of a lot of decisions.

“I am used to being in a business where I make the calls and I drive the agenda, but here, myself and the manager are equals. I look after the stuff off the pitch and he looks after the stuff on the pitch. So, the learning curve for me has been that I have to sit back and not try and influence what’s happening on the green grass.”

“He arrived after ten consecutive defeats”

After discussing the logistics of owning a football club, we moved on to the game itself and the Magpies performance since he’s been in charge. Alan looked over Kevin’s tenure since January 2017 and how the players have ‘surpassed all expectations’.

“From the time when Kevin came in at the end of January 2017 to the end of that season his form was third in the league, so we were really surprised and grateful for how he turned the team around. He arrived after ten consecutive defeats so the fresh ideas and energy that came from Kevin and his management team were brilliant and it allowed the players to respond in such a way that their form improved significantly.

“At the start of this season our agenda was to consolidate and mid table was what we were aiming for, so the players have certainly surpassed all of our expectations. However, we shouldn’t really be surprised that the end of last season we were third on form and this season we have been around the third position in the table.”

‘You’ve offered many incentives this season, such as free student tickets and reimbursing fans’ away travel costs, but probably the most prosperous was the ‘2 for Crewe’ offer. Why have you put these offers on and have they achieved what you wanted them to?’

“We have done these to attract what we are hoping is going to be the next breed of supporter. We want students who are here for three years to come and watch the Magpies, but we also have a long term plan which the 2 for Crewe offer was aimed at – and our Generation 8 programme, which we have been running with 8-year-olds in schools in Nottingham, is also geared to this. We want to generate our next collection of Notts County supporters for the long term. I don’t think it is a secret that our average age is probably ten years older than that of supporters at Forest. One of the legacies that I want to leave is the development of the building of the next lot of supporters.”

We couldn’t talk to Alan Hardy without addressing his social media presence. He often replies to fans and also tweets about other teams and matches which could affect the Magpies. We asked him why he believes it is important to be active on social media and to be in direct contact with fans, and if he plans to change his approach if the club move up the leagues.

“Social media allows me not only to connect with people but to also get brilliant feedback. I see social media as two fronts. The first is that it allows us to engage with the football supporter who reads the club website and receives the tweets but who isn’t watching the match.

“The second is that it gives me a barometer of what the atmosphere is like out there. There was no surprise that it was volatile after the defeat to Chesterfield, but by the Tuesday afternoon, I could sense a shift from the disappointment of the loss to excitement for the next game.

“This information helps us to know when to release stuff from the club as we can gauge how people will receive information.”

“I think that social media and twitter in particular is like being in a bar. I use it to communicate with supporters and to also have banter with them. What isn’t acceptable in a bar is to walk up to somebody and headbutt them, and that’s what it sometimes feels like on twitter when someone comes out with a tirade of abuse and it shouldn’t be acceptable.

“I do believe that if you are somebody who is part of the club and leading it, then the fans have to have a place to vent and as long as it is said in the right way and without threat and foul language, I am happy to respond. The world is changing. We are in the middle of a technological revolution and we’ve all got to get on board with the fact that social media is here to stay. I don’t think that someone in my position can hide and not listen to that feedback. I think I have a duty to be there and to be accessible.” 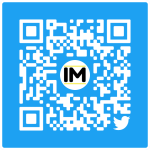 Removing threat and ambition: why ring-fencing the Aviva Premiership is shortsighted