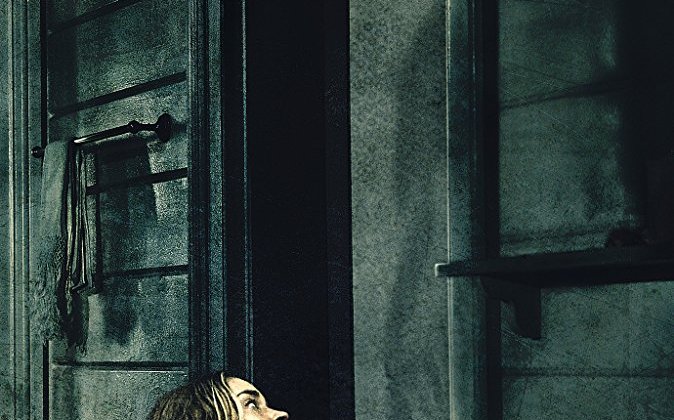 It is a poorly-kept secret that the juxtaposition of the comic and the tragic elevates both ends of this duality to greater heights than they can achieve within themselves, yet the near-perfection of Jordan Peele’s Get Out still came as a surprise to many who couldn’t comprehend that a thriller directed by a comedian might work. But A Quiet Place, 2018’s best film so far, seeks to solidify the idea that actors with comedic backgrounds (John Krasinski of The Office fame) are amongst the best directors of the genre, while also providing a cutting commentary on the nuances of family life.

It would be easy to brush the film’s core concept off as a gimmick – use of almost entirely found sound and creeping soundscapes in place of traditional dialogue and music could have simply been a cheap trick used to sell tickets, but Marco Beltrami’s precise ear for the sinister (he was nominated for the Fangoria Chainsaw Award for Best Score for The Woman in Black) means that A Quiet Place stands alone with Dunkirk as a film which can be enjoyed – and whose tensions can be felt – with eyes completely closed.

“Provide a fresh lick of paint over an often-rusty genre”

You’ll want to keep them open, however. The pastoral shots are beautiful if not entirely original, smartly used in a way which provides a sense of enforced claustrophobia few horrors evoke. Tropes which would have come across as cliché in the hands of a less-able director are never cheesy here, and provide a fresh lick of paint over an often-rusty genre, simultaneously paying homage to classic films which also propelling the expectations of thriller cinematography far into the 21st century. Then there’s the creature itself, smartly sparsely used, but nonetheless digitally rendered with such precision that it’ll be a fair few decades before it can considered dated.

For a relatively short film, A Quiet Place manages to pack a lot in thematically, even despite its breakneck pace. The BBFC generously certified the movie a 15, noting its ‘sustained threat’, which is if anything an understatement. Krasinski does not let more than a precious minute slip by without the characters experiencing some new terrifying (if occasionally forced) peril. A remarkably brave decision which plays before the title card is shown gives the rest of the movie full licence to do whatever the hell it wants, but even this shocking scene did not stop me raising my hands to my mouth in shock a fair few times afterward.

“The feature also touches on themes such as gender roles”

Excellent cinematography and scoring aside, Krasinski’s smartest move was to make the film about family. Horror most naturally arises when those we care about are under threat, and A Quiet Place does a remarkable job of wholly investing his audience in the interpersonal relationships of a family who remain mostly unnamed. Young dumb teens these ain’t. Perhaps the principle message (if a movie can be said to have a message) of the film is what parenthood means, but the feature also touches on themes such as gender roles, the communal nature of humanity, and even (not uncomplicatedly) pro-life themes.

As with every great film, it’s the close attention to detail as well as the broader brushstrokes that makes A Quiet Place stand tall above its competitors. Gore is used sparingly but to full effect, the many jump-scares are carefully timed as to never be predictable, and every seemingly extraneous plot-point or prop is justified. And while Krasinksi’s performance (he also stars in the film) leaves something to be desired, an Oscar nomination for Emily Blunt’s performance shouldn’t come as a shock to anyone.

In a world saturated with horror movies that are more terrible than terrifying, A Quiet Pace in isolation seems to serve as a breath (or a very quiet whisper) of fresh air. But by coming hot on the hells of similarly well-crafted and original horror flicks such as Get Out, Don’t Breathe and The Witch, A Quiet Place proves that there is a market for intelligent and original thrillers which ditch cliché for careful cinematography, and which deconstruct the genre in search for what it truly means to feel afraid.