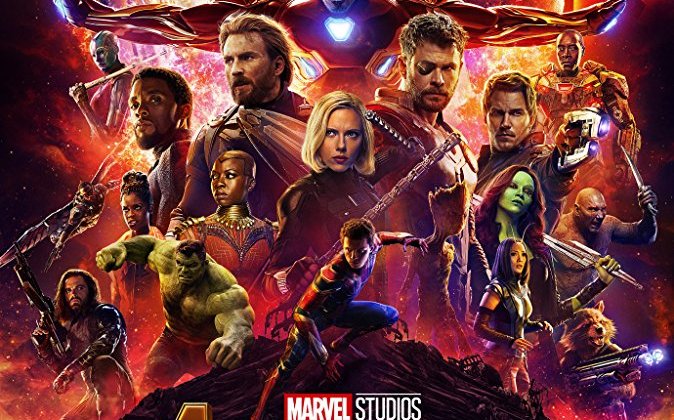 Trying to review this film is particularly difficult for two reasons. The first has been well advertised: big things happen often in this film and talking about them would likely ruin the experience for anyone still yet to see it. It’s hard to discuss the finer aspects of a film when the film itself is basically one big spoiler. Add to that how unique this film is – the culmination of 10 years of work and the 19th in a series of interconnecting stories, it’s safe to say that there hasn’t ever been a film like Infinity War. In many ways it’s a miracle that this film has even been made, let alone to this standard. So, with all that in mind, let’s desperately try and review this movie.

The first thing to say about this film is that it’s quite different from the other Avengers instalments. The main form in which this comes, as might be expected for a film branded as the end of the MCU as we know it, is in the form of genuine danger. In previous MCU entries, even the previous Avengers films with their world-ending plots, you knew that the heroes would make it through largely unscathed.

This is not the case in Infinity War; within the first ten minutes of the film, the question has already changed from whether someone will die to just how many are going to die (and of course who those unlucky characters will be). This sense of threat is in no small part due to the villain.

“Thanos is what all good villains are: the hero of his own story”

Thanos, to put it bluntly, is fantastic. I don’t think I’ve seen a film put so much effort into fleshing out its villain, to the point that Thanos has become the main character in Infinity War. Though his methods are of course horrific, his reasoning and motivations are both abundantly clear and to an extent understandable. Thanos is what all good villains are: the hero of his own story, and this is made obvious to an audience who is somehow made to sympathise with a genocidal madman.

Josh Brolin puts in a fantastic performance to make Thanos simultaneously menacing and full of emotion, an impressive achievement considering it was all done through voice acting and mocap. The CGI for Thanos is outstanding, allowing Brolin’s performance to shine through. In fact, barring one or two momentary wobbles the CGI across the entire film is outstanding.

Thanos is supported by a number of secondary villains in the form of his Black Order. These do not receive the same extensive treatment as their master. However, they are unique and threatening enough that, despite being largely forgettable, they do contribute to a number of the more memorable set pieces in Infinity War.

“Thankfully, they make good use of the Infinity Stones in the action too”

Speaking of, the action in this film is phenomenal, and spread right throughout the film. This film contains easily the best set pieces in any Marvel film. Each character gets their own unique moment too, which given the number of characters is quite the accomplishment – Thor and Doctor Strange in particular have unforgettable scenes where they show off the true extent of their powers. Thankfully, they make good use of the Infinity Stones in the action too – Thanos doesn’t just have a multicoloured laser glove here, with the six stones each given their own separate moment as well as being used in combination.

Performances across the board are outstanding, particularly from the likes of Chris Hemsworth (Thor) and Elizabeth Olsen (Scarlett Witch). Character continuity is also amazing – though we might not agree with some decisions as an audience, they are in no way out of character for the heroes making them. Managing to keep so many personalities on screen without overlooking any is a real achievement; watching characters we have enjoyed for years meeting for the first time, and seeing how that plays out, brings some of the best moments (and biggest laughs) in the film.

“It may be the bleakest Marvel movie yet”

Infinity War is certainly a darker film tonally than any other MCU entry, mostly thanks to the added sense of fear and danger mentioned earlier. That it still manages to be very funny, then, is quite the success, with jokes very rarely missing even in spite of the tonal change. It may be the bleakest Marvel movie yet, but it is still very clearly a Marvel movie.

This film is not without its flaws however. Unsurprisingly, character arcs are few and far between, with many characters having little to do besides take part in the action – it is also made very clear by the end of the film that some characters are being saved for Avengers 4. This film is also entirely dependent on the previous entries.

While this may seem stupid to point out, it does mean that passing viewers and people other than hardcore MCU fanboys might struggle to keep up with the plot and the barrage of characters, though they would certainly appreciate the action. This film would certainly be a different experience had I not been obsessed with Marvel films for the past 10 years.

“This film is an exceptional, highly memorable addition to the Marvel Cinematic Universe”

Overall, Infinity War is a fantastically constructed film with numerous standout moments, great humour and a villain with more depth than any we’ve seen in the MCU. Standing out from the other entries with its genuine threat and darker tone, this film is an exceptional, highly memorable addition to the Marvel Cinematic Universe; one which more casual fans may struggle to engage with but will still greatly enjoy due to the excellent action scenes and writing.

Go and see this film, and if you’ve seen it go again – I know I will be.

In Scott Laudati’s Bones – Can Music Videos Save Poetry?