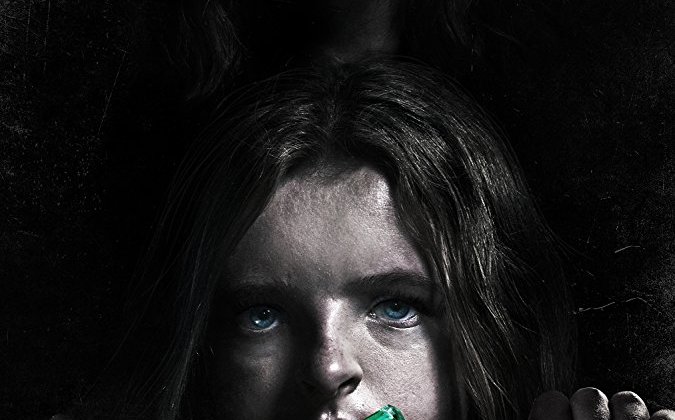 A new generation of horror movie has entered the respectable, mainstream imagination. As shown by the success of films such as the satirical Get Out, The Killing of A Sacred Deer and A Quiet Place, the modern horror aims to be not just frightening, but thought-provoking too.

Hereditary is of this sensibility. The films begins with the obituary of Ellen Leigh, mother to miniaturist artist Annie Graham (Toni Colette) and survived by her family. All happy families are the same and all horror families are dysfunctional: Annie’s troubled relationship with her mother, marred by mental illness and family death, is drawn out of her in one bleak session of group counselling. These issues return with a vengeance when Annie’s pubescent daughter (Milly Shapiro) suddenly takes a turn for the worse, (though some people may kick pigeons, not many of us decapitate them).

It’s laudable that horror directors are reinvigorating a once tired genre. But Hereditary can’t decide what it would like to be, and first-time director Ari Aster repeatedly assumes the stupidity of the audience. A ham-fistedly blatant discussion of the role of fate in tragedy is endured by Annie’s older child (Alex Wolff): Aster suggests politely that the audience recognise the artistic, highbrow quality of his film debut.

What’s worse is that the films ends with a narration of events unfolding on screen, as if a sound editor forgot to remove the director’s commentary before distribution, and as the second half of the film becomes more convoluted, characters begin to recount and explain things to each other – just in case you had forgotten.

“Hereditary retreats to occultist plots that are overused and completely obvious”

Although the film insists you take it seriously as a horrific Greek tragedy, it neither fully commits to the workings of fate or the psychology of its characters. Withdrawing from opportunities to explore Annie’s inner world and her history with her mother, Hereditary retreats to occultist plots that are overused and completely obvious. If you find a book of Spiritualism in your dead mother’s belongings with a foreboding letter tucked inside, you may want to consider calling the Ghostbusters. Although themes of mental illness and motherhood are jabbed at in tokenistic dialogue that would like to seem intelligent, Aster doesn’t trust himself to make either a horror or a tragedy.

“Toni Colette is very watchable as the film’s lead”

Despite all this, critics love Hereditary and it does at times possess a stylishness that suggests it could have been better. There is some interesting cinematography not typical of horror films, with loose, moving shots that sweep around characters, and there is often untapped tension in a three-quarter filled screen.

The issue with the film is that it never finds that in-between space. Shots are mostly either full or empty – evil spirits are simply there while interior shots of eerie rooms are often just empty rooms in a quiet house – which diminishes any opportunity to create mystery. By the time the film takes an Exorcist-inspired turn, there is no reason for the viewer to be perturbed. When the paranormal is presented quite naturally, later events seem like predictable mishaps.

“Hereditary should have perhaps been titled Pretentious“

However, Toni Colette is very watchable as the film’s lead. Acting as if possessed by Sissy Spacek, her face contorts and gapes despite the mere tepid unpleasantness of scenes around her. Nevertheless, Colette acts in earnest throughout, screaming with primal, labouring anguish or sulking resentfully at a family dinner. Alex Wolff gives a more disjointed performance and is at his best when silent. Though the young actor can smoulder with tears and performs well in the film’s first half, where the characters seem somewhat like real people, he cries in a monotone quack and often speaks with a whine that is hard to take seriously as the film bends towards horror.

Neither a drama nor a horror or actually particularly brilliant, Hereditary should have perhaps been titled Pretentious. Though toying with genres, at its heart, the film is a lazy combination of typical supernatural storylines and a director who can’t quite commit himself. The only tragedy in it are its moments of half-glanced brilliance. If only the ending was without narration and we were left with a tingle of music around the bizarre and incoherent – then, perhaps, Hereditary might have been intriguing.

Featured Image courtesy of A24 and Ascot Elite Entertainment Group via IMDb.