Do Chelsea have a chance at silverware? 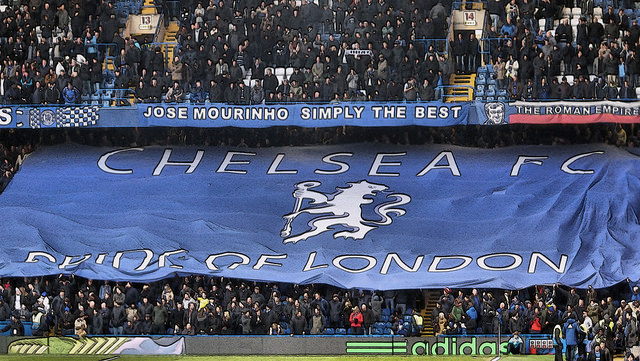 On the brink of another Premier League season, the 2018 summer transfer window has been a matter of ups and downs for teams in the English top tier. The likes of Liverpool have expanded on their squad, bringing in highly rated goalkeeper, Allison, for £67 million and solidified their midfield with Naby Keita and Fabinho. Yet, not all teams have been so free flowing with their cash, with Tottenham keeping their money in their pockets and sticking with last season’s squad. However, after an inconsistent campaign in 2017/2018, Chelsea have endured a mixed pre-season, both with transfers and their warm-up fixtures, and have been stamped with substantial uncertainty over their potential success in this coming season.

New coach Maurizio Sarri fired up the blues fans with the proposition of ‘Sarri football’, a fast flowing attacking style of play that has previously seen Napoli finish 2nd twice and third in their last three campaigns in Serie A. His takeover was hit with large controversy due to the way the club appointed their new manager, running full steam ahead with their plans regardless of the fact Antonio Conte was still not officially dismissed. Conte drove the squad to a highly successful 2016/2017 campaign, displaying his fiery touchline demeanour, whilst implementing his fast counter attacking football in a 5-2-3 framework.

Despite this, he was not granted his primary transfer targets at the end of the season, with Lukaku heading for United and Morata heading to Stamford Bridge. There is no surprise that he cut a frustrated figure throughout last season. Fans subsequently grew angry at his calm and unenergetic character contrasting the previous season, perceiving that he had stopped putting his full commitment into the squad. But can you expect any different from the fans with the constant expectation and turnaround at the club? A run of a few poor games can quickly see a Chelsea manager on the next plane out of Heathrow (dependant on whether Abramovich can get into the country to sack him).

“with fatigued World Cup stars, a new system to impose and the pressures of the transfer window, the job was never going to be easy for the Italian.”

After this managerial saga, Sarri is finally at the helm of the CFC ship. However, keeping it afloat has proven a far more difficult task than he perhaps expected. In fairness, the manager has only had a month to settle his squad after a thrilling World Cup in which many of his key players such as Kante, Hazard and Willian participated in the latter stages, so did not return till very recently. He also had to scrap the old system of a five man defence, replacing this with his 4-3-3 formation. So, with fatigued World Cup stars, a new system to impose and the pressures of the transfer window, the job was never going to be easy for the Italian.

Chelsea has been a club boiling over the edges with transfer rumours this summer. Hazard has long been speculated to leave the club but has finally chosen to stay at the Bridge, and Willian has similarly been bombarded with bids from Barcelona of up to £60 million. The biggest problem erupted from the Belgian goalkeeper Courtois, who has long been hinting at his desire to move away, and has finally received his wish with a move to Real Madrid for a price tag in the region of £35 million. His childish antics in refusing to come back to training finally saw him get what he wanted, albeit with his reputation being damaged after many Blues fans and staff were not prepared to pick up the toys he threw out his pram.

A replacement has been long awaited, therefore, with Pickford of Everton and Butland of Stoke being rumoured, but it is the 23 year old keeper Kepa Arrizabalaga arriving from Athletic Bilbao for £71 million who Chelsea have finally courted. Whilst the price seems extortionate for a keeper who does not come with a massive reputation behind him, at least Chelsea fans can finally settle on a promising acquisition. The position has been filled and the dilemma is over, but has there been a genuine improvement to the squad through this transfer?

“As Chelsea’s number one striker this could be a massive problem for the club.”

Courtois is one of the best goalkeepers in the world and the club have seen him escape for a fee of £35 million, which in all honestly, sadly highlighting the absurdity of money in modern day football, is a mere pittance. They have also brought in a replacement who is an exciting prospect, but has not proven his worth. This is a decision which is not necessarily an improvement, but a long-term investment in the hope he can become one of the world’s best, yet this could take a few years and may not have a direct impact on this season’s squad.

Although this may seem poor business for the club, to sweeten the deal Real Madrid have loaned Kovacic to Chelsea, potentially turning their fortunes in the transfer window. Chelsea have already signed Jorginho, who has shone in pre-season, yet by gaining highly-rated midfielder Kovacic on top of already having the likes of Kante and Fabregas, the club could form a functioning midfield engine that would be feared throughout the Premier League. This was not the same situation a few weeks ago, with the clubs pre-season fixtures not producing the flowing football they had expected under Sarri.

Chelsea’s pre-season campaign started in Melbourne, winning only 1-0 against Perth Glory, with the majority of their players out after the World Cup. The club went on to win two more of their pre-season games but only on penalties, and additionally lost on penalties to Arsenal, as well as a disappointing 2-0 defeat to Manchester City in the Community Shield.

A more worrying statistic is that the club have not scored more than one goal in any of their pre-season games. Whilst Hazard and Willian have missed the majority of the games, particular attention has been drawn to Alvaro Morata. His substandard form after Christmas last season, despite looking bright beforehand, has left him lacking confidence and goals. As Chelsea’s number one striker this could be a massive problem for the club. He has failed to score in pre-season and looked tired and uninterested against Manchester City in the Community Shield, adding serious doubts to Chelsea fans over his place as their first choice striker. A big positive from the pre-season games is that the 17-year-old sensation Hudson-Odoi has looked sharp and energetic on the left wing, given his chance to shine. With Sarri stating that he is in the club’s plans for this coming season, he is certainly one to watch.

All confirmed! ?@Mateo_Kova23 is a Blue for the season ahead! #WelcomeKovacichttps://t.co/Nqxf6cxxuN

Chelsea failed in their hopes of signing Higuain, who chose Italian side AC Milan over the London club, and only have Giroud and Batshuayi as back-up to Morata, but this should give Sarri sufficient attacking options to complete a successful campaign. Both players should be confident after finishing first and third with their nations at the tournament, being well prepared for the upcoming season. Particularly Giroud’s powerful interplay and his ability to hold up the ball was important in France’s successful side, but he needs to replicate this success at Chelsea. If he manages this, he could similarly be a vital component in the Chelsea squad. Despite not being a world class goal scorer, being pivotal in the build-up play and holding up the ball will allow Chelsea’s fast wingers to counter attack effectively.

Batshuayi has been unlucky not to be started for a run of fixtures, having scored important goals for Chelsea in the past. After a prolific term on loan at Borussia Dortmund, he has demonstrated that Sarri should give him a chance at becoming the focal point in Chelsea’s new system. It will be interesting to see the new manager’s choice, does he stick with Morata to hopefully retrieve his goal scoring form, does he give Batshuayi an opportunity, or does he play Giroud who will provide strength in the interplay but lacks a clinical edge?

The Premier League will certainly be an enticing spectacle, with Manchester City being stronger than ever after their exhilarating 2017/2018 season, as well as Liverpool effectively patching their weaknesses. Sarri’s Chelsea will have their work cut out if they want to win the title again. The recent addition of Kovacic has swivelled a rather dull transfer window at the club to a potentially optimistic season ahead, but the pre-season campaign has shown the club need more goals, and if Sarri cannot orchestrate a functioning attack they will struggle to bring any silverware back to Stamford Bridge.

Which Mamma Mia character are you, according to your horoscope?