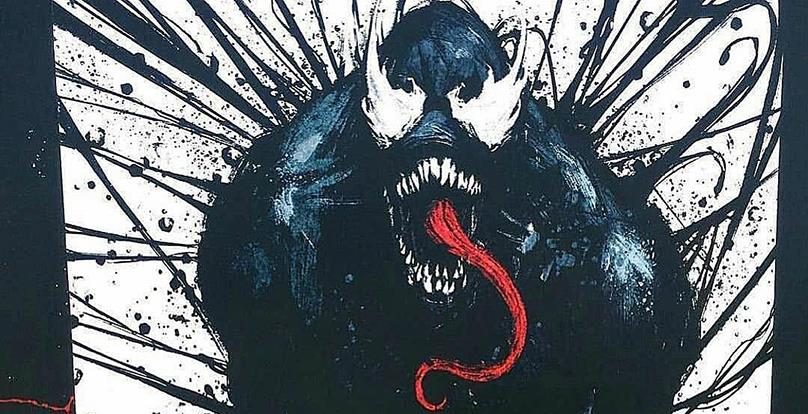 Sony’s latest attempt to steal market share away from the MCU sees reporter Eddie Brock (Tom Hardy) discover the aliens known as symbiotes. He and his psychotic alter-ego face off against the Life Foundation and its CEO Carlton Drake (Riz Ahmed), who seek to abuse the symbiotes, a power they can neither understand nor control.

I’ll be honest, I was expecting little to nothing from this film. I couldn’t understand how Sony planned to base a whole film on a Spider-Man villain without including Spider-Man himself, especially one whose comic book origin involves Spider-Man so heavily. I haven’t enjoyed a Sony superhero film since Spider-Man 2 (the one from 2004); I thought the trailers looked generic and cringey when they were clearly going for dark yet funny. Going in, then, expectations were quite low.

“There are no real arcs or notable character development”

We’ll start with the negatives, of which there are a fair few. Characters, besides Eddie Brock and the Venom symbiote, basically do not exist in this film. There are no real arcs or notable character development. Most of the characters conform to vague archetypes with little in the way of personality. Take Riz Ahmed’s Carlton Drake, the main antagonist of the film – he is a super-rich CEO who cares only for progress and not for the number of bodies that pile up in pursuit of it. That’s it. Drake goes no deeper than that.

The actors, to their credit, do very well with what they have, with many good performances including Ahmed and Michelle Williams, but it’s clear there was very little substance to their characters in the script and they’re doing their best with what little they were given.

There is also a sense that Venom can’t decide what kind of film it wants to be. Both tone and genre flip entirely from scene to scene: sometimes it’s a horror film, sometimes action, sometimes it even tries its hand at being a buddy comedy. It does each of these styles well, but overall the movie becomes pretty messy.

This flip-flopping between styles only worsens the terrible pacing of this film. The first half an hour of the film moves at a snail’s pace, most likely because we are all sat there waiting for Eddie to bond with the symbiote so that the film can properly start. When this does happen, though, the film suddenly ramps up to 100 miles an hour, holding at this breakneck pace for most of the remaining run-time. It was so jarring that on occasion it fully pulled me out of the film.

ALL THAT BEING SAID, I really enjoyed this movie. It has numerous redeeming qualities which make it incredibly entertaining despite all these issues. In fact, on occasion the problems make the film even better as you start to laugh along with some of the dumb stuff.

First and foremost, the action (except for the final fight, which is a dark and blurry mess) is brilliant. The various abilities of the symbiotes are demonstrated very well throughout, but shine when Eddie and Venom come up against human opposition. The scenes when Eddie slowly discovers the true extent of the ‘parasite’ within him, while being pursued by several mercenaries, are easily the best in the film. The entire middle act, in fact, is great – in no small part to the brilliantly inventive action scenes.

Eddie and Venom are fantastic. They have a brilliant odd couple relationship – Eddie spends half of the time trying to keep the symbiote in check and teach him something of morality (in the process looking completely insane as he has conversations with himself), while Venom is just a flaky lunatic who just wants food (which often means humans). Their back and forth banter is probably this film’s strongest asset – props to Hardy for a great performance.

Finally, Venom’s most surprising success is its comedy. We all watched that “turd in the wind” trailer and let out a collective groan – this film would clearly try and be funny but fail spectacularly. This, amazingly, is not the case – Venom is funny. Venom itself is the best source of humour, with awkward quips and general insanity providing many laughs. It should be noted again, however, that sometimes the comedy was accidental, whether through cringey dialogue or laughable directorial decisions. Ultimately, even the “turd in the wind” line ends up being funny when it rolls around, because it fits with Venom’s dumb, quirky personality so brilliantly.

“Venom, ultimately, is a great bad movie which thrives on low expectations”

Venom, when closely examined, is a hot mess of a film. There is no consistency in tone or genre, the characters have little to no depth and the pacing is at times horrendous. However, strong performances from the cast, great humour, fantastic action scenes and the decision to anchor the movie in the relationship between Eddie Brock and Venom make the film hugely entertaining despite its many faults. Venom, ultimately, is a great bad movie which thrives on low expectations. Go see it – it’s so dumb but it’s also kinda great.

Entertainment value (whether intended or not): 8/10

The club that has everyone loving futsal