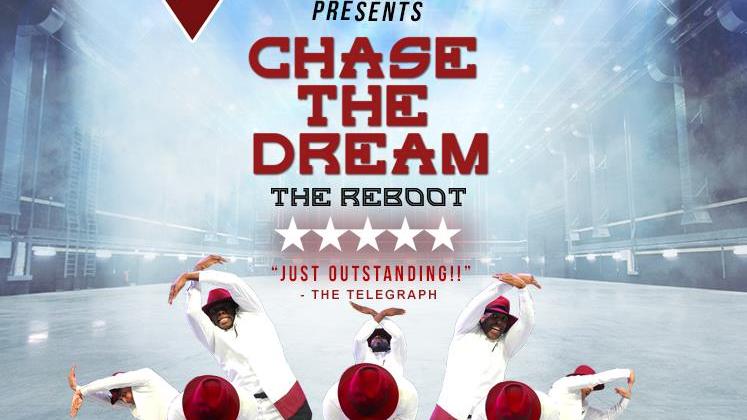 Stars of Britain’s Got Talent in 2009 and following their world tour, the street dance troupe Flawless are back in the UK performing dazzling routines with a surprising comedic twist. The show is exactly what is to be expected from World Champions, with an ambitious foray of routines, several set changes, and audience participation. What I didn’t expect heading in to the show was the theatrical and comedic timing of the stars. I was prepared for consecutive dance routines but what was received was much more interactive.

Some parts of the set were ambitious, with large mirror-type objects, desks and chairs. This proved well as props and were integral in telling the story of chasing your dream as opposed to remaining in a lacklustre job. However, this made scene changes heavy and at one point the audience could see a backstage worker coming on to move the prop. Without providing too many spoilers, a Michael Jackson sequence, a depiction of the warrior fight in Black Panther, and a business workplace performance generated a remarkably entertaining show, providing a real cohesion between the Hip Hop scene and Pop Culture references.

Although, whilst these few dance routines allowed the audience to move to the rhythm and fully enjoy themselves, it did not start off this way. The shows first few moments were slightly odd since the group started on stage but then went off, leaving the audience wondering what happened! It became apparent this was a rehearsed segment that allowed the comedic figure to present himself, yet the delay in time was too vast as it left people scanning the room trying to figure out if this was an extremely early intermission.

As more dance occurred, people applauded politely after but the emphasis that this show wasn’t just ‘theatre’ but ‘hip hop theatre’ ensured the atmosphere became more energetic and livelier as the evening went on. It truly hit the roof when the lighting lifted to reveal one dancer in the classic Michael Jackson pose, before a full-on Michael-inspired routine. This shows the effect an icon has on not only the general public to this day but also in street dance culture.

Other moment of inspired brilliance includes one particularly memorable routine: a Wakanda scene whereby the Black Panther and Killmonger battle against one another. Giving the huge box office success of this film, and the link between Black culture, creating an African street dance routine showed some real substance to the story. The way in which the costumes were decorated on the dancers encapsulated the essence of the film but retained the street dance style that is raw, unrehearsed, and loud.

Whilst there were several other routines that generated substance, there was a general sense that the dancing could have been bigger and better. Having seen some previous routines of them online, I wanted more high-level dancing and more synchronisation. At times it felt like the theatricality and comedy have overridden the core dance level. That’s not to say that I didn’t enjoy the show, it’s just that I had higher expectations of innovation and content.

As time progressed, the energy became larger and the audience participation throughout the show was what made the theatre hall buzz. Prior to taking our seats, every member was given two white gloves to keep hold of. About halfway through the performance, an interactive board lit up and a simulation told us to follow the instructions. It taught audience members hand choreography using the gloves. This was so much fun for everyone of all ages inside the theatre. The speed of this choreography would speed up and at one point we were put on camera and could see the entire theatre complete, or at least try, this hand composition with the luminous gloves.

Despite some moments where I was left wishing some parts could have been bigger and better, and the sound could have been less loud, I thoroughly enjoyed the show. I would recommend people to go see it for it was perfect for all of the family. As time moved forward, Flawless became great at keeping the audience engaged, especially towards the final moments where they each freestyled separately in a circle to close the show, truly encapsulating the spirit and freedom of the very first street dance crews.