Stone Foundation hits the stage in just a couple of days time, be sure to check them out! 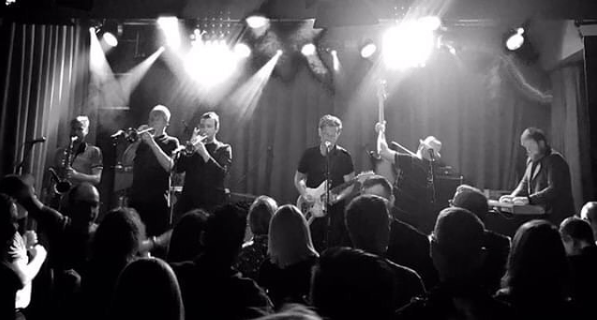 Gracing the stage of the Glee Club on Thursday 1st November, Stone Foundation are a Midlands-based seven-piece band with a whole lot of soul. The band will be performing in Nottingham as part of their November UK tour, off the back of their most recent album Everybody, Anyone, which was released in August.

Lead vocalist Neil Jones is from my hometown so naturally, I am a fan and would urge other soul fans to give them a listen.

They were first spotted by John Bradbury, drummer of The Specials, at a gig in London, who then invited them to support his band on a UK arena tour. Since then Stone Foundation have gone from strength to strength, touring in Japan with the Visit Britain campaign in 2014.

“Stone Foundation show no signs of slowing down”

Having collaborated with the likes of Carleen Anderson, Nolan Porter, and Graham Parker on previous records, and with five studio albums to their name already, Stone Foundation show no signs of slowing down.

Everybody, Anyone is a move in a slightly different direction for the band, with clear funk influences. Stone Foundation have worked closely with frontman of The Jam, Paul Weller, recording the album at his Black Barn studio. Weller plays alongside the band on five tracks, having produced and featured on their previous album Live Rituals.

Don’t miss Stone Foundation in Nottingham at the beginning of next month at the Glee Club!

Arts Feature: Do you know the Brontë Brothers?