Film Review: The Girl In The Spider’s Web 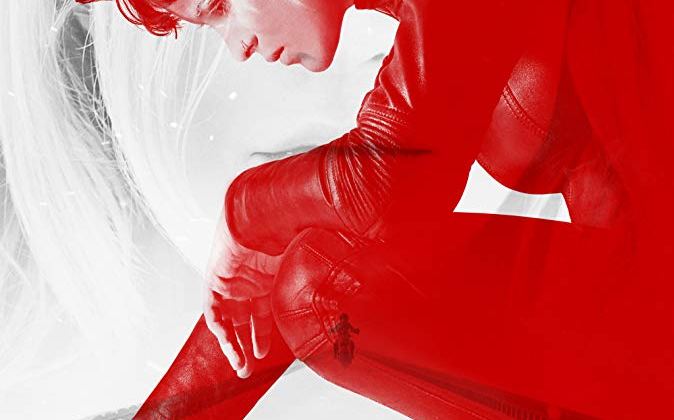 Two hours after watching Fede Álvarez’s action/thriller sequel The Girl In The Spider’s Web, I’m struggling to remember what exactly happened. So basically – some NSA Guy Who We Know Is Going To Die invents a program that can access all the nuclear codes in the world, realises it was a bad idea (where’s foresight when you need it?), and hires genius hacker Lisbeth Salander to retrieve it from the NSA. She does, with questionable ease, but oops, it gets nicked, the Swedish government gets involved, and Lisbeth gets framed for wanting to blow the world to oblivion or something.

Now, I’ve got to be honest, I haven’t seen Spider’s 2011 predecessor, The Girl With The Dragon Tattoo, or any of the abundant additions to Stieg Larson’s original Millenium book series (we live in a creative dystopia of remakes, sequels and quadrequels, in which any original project is quelled by studios – but that’s for another day), but since it was directed by David Fincher it’s safe to assume it was a goodie. The same, alas, cannot be said of Spider. But where exactly did it go wrong?

There’s the beyond-unfeasible storyline, lacklustre dialogue and a myriad of not-quite-persuasive Swedish accents; rest assured, there’s a lot of characters slamming their hands dramatically onto big red buttons for unclear reasons, serenaded by sirens. At no point does someone smash incoherently at a keyboard for five seconds, and then declare in a satisfied voice “I’m in” but, boy, it wouldn’t have been out of place if someone had.

However, I think the core reason the film didn’t quite work was because it traded substance for noir-esque style, sacrificed complex characterisation for franchisability. Intrigue is maintained through star Claire Foy’s passable charisma, and immersive panning camera shots of the snow-doused Swedish countryside, although the film’s dark colour palette, used for a lot of the scenic shots, verges from stark to just depressing.

Roque Baños’ subtle but impact-full soundtrack is a kind of heartbeat to the movie, revealing an internal world that the deadpan expressions on characters’ faces can’t. In a purely absurd moment at the 40-minute mark, a guy peels off half his face to reveal a gaping, grotesque hole. An unintended metaphor, perhaps, for the film’s lack of anything underneath the surface.

Not to mention that, for a film which proclaims to come from a feminist standpoint (‘Female Vigilante Tracks Down Male Domestic Abuser And You Will Not BELIEVE What Happens Next’), the movie suffers terminally from Male Fantasy Syndrome. Lisbeth almost gets blown up by intruders whilst only in her knickers and tank top. The Swedish Government Traitor Lady can’t concentrate on stopping global annihilation because she can’t take her eyes off a half-naked woman at the bar – Lisbeth’s sister, as it turns out. In fact, almost every female character is at least bisexual, however, when watching, something – the oddly fetishised view the film takes on abuse, perhaps – this feels less like a win for queer female representation and more like a straight guy’s construct.

This can best be exemplified in one of the film’s climactic scenes, where Lisbeth’s part-time abuse victim, part time… corporate nuke-thief? Wannabe world-ender? I don’t know, anyway, Lisbeth’s sister takes revenge on Lisbeth by asphyxiating her in some kind of suctioned rubber death-cloth. None of the superfluous male characters are tortured in this way; maybe James Bond’s enemies try to kill him, but they don’t subject him to visceral humiliation. Now let me be clear; I do not ask for a Mary-Sue. But what I would like on the silver screen is not to watch a woman get violently beaten up every other scene, or for every female action hero to have a mandatory abusive sob-story.

Overall, The Girl In The Spider’s Web takes the popular route of safe, formulaic entertainment, at the behest of really good film-making. But maybe I’m being too harsh. The cinematography was often mesmerising in a beautiful, bleak sort of way, and some of the fight scenes in the climax were actually pretty good. Too bad it took an hour and a half  just to get to that point.

The Beauty Queen of Leenane @ NNT