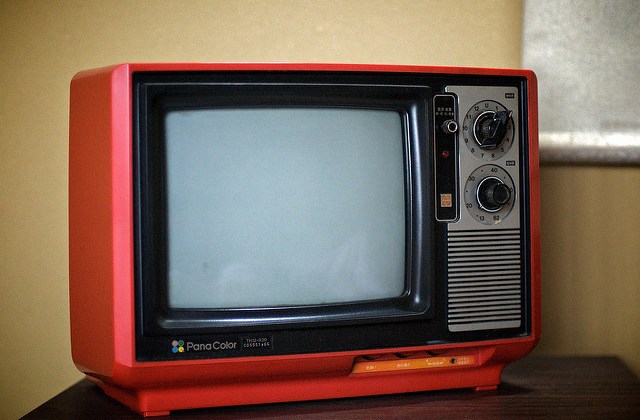 Just in time to wave this year goodbye, Francis finishes his reflection on the top 10 best TV series in 2018. From all of us here at Impact Entertainment, we want to wish you a Happy New Year! Here’s to 2019 being filled with even more great Film and Television.

“Double-crossing, beautiful scenery, nail-biting action scenes and creative methods of murder – this show has it all”

Ah, the sensation that no-one saw coming. Although, in fairness, we really should have done. The obsession between a CIA agent and a somewhat unhinged assassin in the hands of the author of Fleabag, you can see why this was probably a very easy pitch to the BBC. Sandra Oh and Jodie Comer light up every frame of this series with their superb and fascinating performances as one of the strangest couples to have graced the medium of television.

Indeed, it very much is a question of what this relationship is – Love? Hatred? Flirtation? All three? Just deciding on the nomenclature is enough to keep you hooked. But of course, the show has much more to offer. Double-crossing, beautiful scenery, nail-biting action scenes and creative methods of murder – this show has it all. At heart, this is a feminist masterpiece, but not one that feels it needs to flaunt its credentials, and as such proves an incredibly empowering, and unbelievable addictive show.

Standout Episode: Episode One – “Nice Face”. For perfectly pitching a tone, characters and a plot trajectory from the off.

“The show fizzes with a wonderful comedic energy”

Sailing in from the breeze of Emmy success, and only just managing a place on this list (the series was only released about a week ago), The Marvelous Mrs. Maisel takes everything that made the first season such a standout hit, and fires it off on the same trajectory. The story of housewife-turned-comedienne Midge Maisel in 1950s America moves on from her – and, indeed, the show finding its feet, and makes strides towards exploring some of the potential plot threads of the series.

From the seedy New York underbelly, to the picturesque Catskills Mountains, to the infinitely charming streets of Paris, the locations are superbly realised, and the colour palette is simply magnificent. Echoing the humour of Bob Hope, Woody Allen and Norah Ephron, the show fizzes with a wonderful comedic energy – the lines and their delivery are ludicrous in any conventional setting, but the sublime cast delivers each one with aplomb. Rachel Brosnahan and Alex Borstein are wonderfully matched as the show’s odd couple – polar opposites, yet with exactly the right chemistry to make you not want to stop watching.

Standout Episode: Episode One – ‘Simone’. For reminding us exactly what made the show so wonderful in the first place, and making us thankful that it’s finally back.

“From an explosive beginning, to a heartbreaking final scene, the only way is up from here on out.”

Better Call Saul is, amongst other things, a lesson in how a spin-off is done properly. By balancing call-backs to Breaking Bad’s past and a central plot that stands in isolation of this at just the right level, this show finds the perfect solution. For the past three seasons, Better Call Saul had suffered some dips in quality, but by its fourth season has finally delivered a series worthy – and even at points surpassing – the best of its parent show.

What is perhaps most engaging (and indeed devastating) about the show is that we know that it will end in tears, but we are transfixed on seeing how all of the pieces move into place. Creeping closer and closer to Saul Goodman, Bob Odenkirk is an absolute star of subtlety, and flexes his acting chops in a way that didn’t seem possible when watching his work on Breaking Bad. From one-dimensional sleaze-bag to the complexity he displays on screen come Season Four of Better Call Saul, his trajectory has been a joy to behold.

Plenty of callbacks will also satisfy the Breaking Bad enthusiasts, experiencing Mike and Gus forming a closer bond on shaky ground, while the main emotional weight of the story is carried by Jimmy and the ever-impressive Rhea Seehorn as Kim. From an explosive beginning, to a heartbreaking final scene, the only way is up from here on out.

Standout Episode: Episode Ten – “Winner”. For delivering on a promise four seasons in the making, and leaving the audience a devastated wreck in the process.

“Nothing quite like Atlanta exists on television at the moment”

Donald Glover has had quite a year. From Childish Gambino and hit sensation “This Is America”, to a successful stint hosting Saturday Night Live, you could be forgiven to think that his best work had been achieved. Anyone to suggest that clearly has not witnessed the phenomenal second season of Atlanta. From the loosely connected first season, Atlanta’s second outing – subtitled Robbin’ Season – trades in comedy series conventions in favour of a very disjointed set of 11 episodes, each switching between the four main characters and the supremely strange events they encounter on a day-to-day basis.

Whether it’s the stress of trying to get a haircut, from trying to buy a second-hand piano, the marvellous writing team takes these ideas and throws just the right amount of absurd at them, leading to utterly hilarious (although occasionally deeply reflective) comedy. Donald Glover continues to excel as struggling manager Earn, but this season belongs to the nuanced and conflicted performance of Brian Tyree Henry. As Paper Boi, Henry makes each exchange appear incredibly natural, yet fully immerses himself in the absurdity of each storyline. Nothing quite like Atlanta exists on television at the moment, but its hard to imagine any other combination of actors, writers and directors pulling it off quite so effectively.

Standout Episode: Episode Six – “Teddy Perkins”. For the spine-chilling performance of Donald Glover, for the horror stylings and sensibilities of The Shining, and for a beautifully poetic monologue on Stevie Wonder.

“It’s the performances that carry the heart of the show”

And clawing it’s way to the top spot, it’s the unparalleled miniseries A Very English Scandal. Penned by the ever-superb Russell T Davies (Doctor Who, Queer as Folk), the show follows the scandalous escapades of Liberal MP Jeremy Thorpe (Hugh Grant), who following an affair with young stable-hand Norman Scott (Ben Whishaw), plots to have him killed. The fact that these events are true only serve to bolster the series, ramping up the dark comedy and making the audience totally at odds with what could happen next.

The production values are sublime, truly capturing the feel of Whitehall following the 1950s in the set and costume design. The excellent director Stephen Frears (The Queen, Philomena) also ties the plot together with expert skill, and Murray Gold provides an excellent underlying music score. But it’s the performances that carry the heart of the show. From the smaller, scene-stealing turns of the likes of Adrian Scarborough, Jason Watkins, and Monica Dolan, to the flamboyant performance of Ben Whishaw, the energy between the cast is incredibly believable and infinitely watchable. Yet this is Grant’s triumph, providing most probably his finest on-screen performance as the conflicted and multifaceted Thorpe. Spectacularly made, with a bitter-sweet edge – essential viewing.

Featured image courtesy of mxmstryo, via Flickr. License use here.

Why should you choose ethical makeup brands?