Chelsea FC – a club in crisis? Or another example of a wider problem?

After a two transfer window ban, discontent surrounding the manager’s tactics, and an on-field dispute that completely undermined his position, where can Chelsea FC go from here? 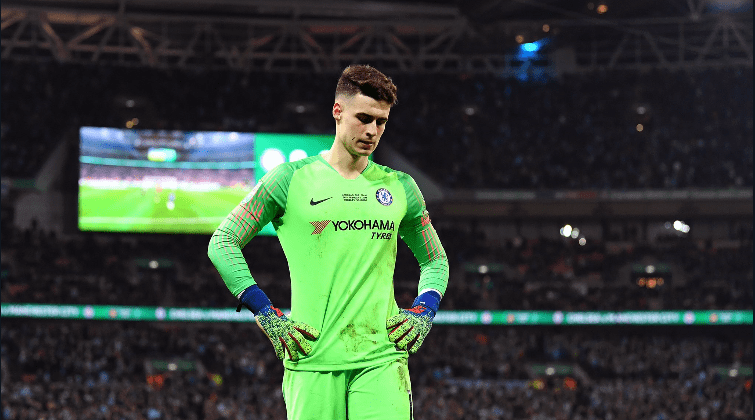 It has been a period to forget for Chelsea Football Club. After being given a two transfer window ban and the drama at the end of Sunday’s Carabao Cup tie, the club has been left in turmoil. The blues currently sit in 6th position, 3 points off of 4th place, and the manager Sarri has been heavily criticised of late after big defeats to Bournemouth and Manchester City. In all honestly, the future for the club looks relatively bleak. Without the ability to improve the squad from this position, spending powerhouses such as Manchester City and Manchester United will only further build on their already extensive array of talent. Chelsea will be left behind, looking to big money contracts to keep their current talent from going afar and, obviously, this includes their key talisman Eden Hazard.

It has long been known that the Belgian talent would love a dream move to Real Madrid, and it seems he is going out with a bang. His statistics this season are expected to reach a clear career high. He has already racked up 12 goals and 10 assists for the blues, with only one of his previous full seasons currently beating those statistics, scoring 14 goals and creating 9 assists in 2014/2015 under Jose Mourinho in their title winning season. Considering Hazard has played only 25 games in the Premier League so far this season, 13 less than that title winning year, he is clearly on track for a remarkable tally.

“The player, as with all the players at Chelsea FC, have the club by the throat, they can ask for new contracts, new wages and the club simply cannot afford to lose more top talent”

However, plans for life after Hazard have been thrown up into the air after the transfer ban. Chelsea simply cannot afford to lose the Belgian without the ability to make a substantial replacement. Los Blancos will be coming in hard in summer for their next galactico, and frankly it seems unlikely that Chelsea will be able to hold off Madrid’s drive and spending power, alongside Hazard’s dream to play for them.

Chelsea signed Pulisic in January for £58 million, and despite being tipped as a big prospect in world football, can he come close to replacing Hazard? Certainly his statistics don’t indicate so, or the fact he’s been replaced by the in-form Jaden Sancho. It would be unfair to dismiss his talents, as clearly he has a lot of potential, but as an instant replacement, can he fill the huge void Chelsea will have without their Belgian talisman? It seems the only way Chelsea will ever cling onto Hazard would be a world record breaking contract deal, but even then it would be highly unlikely that the player would stay.

The same issues swirl around the club with other top talents, such as Hudson-Odoi and a potential move away for the prolific young winger. Chelsea rejected a £35 million bid from Bayern Munich for the winger in January, but he stayed, much to the pleasure of all Chelsea fans who’ve watched his incredible progress. Yet how much longer can they hold onto him? The player, as with all the players at Chelsea FC, have the club by the throat, they can ask for new contracts, new wages and the club simply cannot afford to lose more top talent and will almost certainly be forced to oblige given the transfer ban.

“the incident should not just highlight the problem at Chelsea, and that should be the most significant talking point.”

And that brings us to the biggest topic of conversation; Maurizio Sarri and the exchange with Kepa Arrizabalaga in the Carabao Cup final, a situation that could not be more detrimental to a manager. After Kepa refused to be substituted for Caballero near the end of extra time, all chaos ensued. There has been a clear loss of faith from Chelsea fans with Sarri ball this season, as well as choosing to play one of the world’s best central defence midfielders, Kante, in an attacking position, and the events on Sunday showed that his reign at the club has hit rock bottom. Sarri was furious and even started to walk down the tunnel, ripping at his Chelsea fleece. Who can blame him though? As a manager you need authority and you need stability, so when Kepa waved his arms like a petulant child, Sarri, in the final of a national competition, was exposed and embarrassed. It is no surprise that he wanted to rip off his Chelsea kit and abandon the game.

Kepa’s behaviour is simply unacceptable, and his attempts on social media to justify his actions by stating that he was ‘misunderstood’ has no relevance, you simply cannot defy your manager in any way shape or form. You might be the most expensive goalkeeper in the world, but you need a professional attitude to suit that price tag. Kepa has since been fined by the club. Many expected the obvious after the game that either Sarri would be gone or Kepa would be dropped. It is more likely that the Italian would be the one to go, however harsh that might be given the circumstances. The manager has spoken out before about his difficulty in motivating the players, but the Carabao Cup Final eclipsed anything anyone could have imagined. It seemed like that was that. Sarri had lost control at the club. The Chelsea players looked deflated in the incident, removing themselves from the situation, not a team who are united and prepared to back each other but a team who are disjointed and de-motivated, despite their positive performance up until that point.

However, the incident should not just highlight the problem at Chelsea, and that should be the most significant talking point. Players in the modern day have far too much control. It is as simple as that. Top players who do not get on with the manager, fit into their system, or desire a move away from their respective clubs can do what they like, all because they have enough money to do so. Players do not rely on keeping their jobs, with the amounts of money they make per week they don’t need loyalties or respect. Players can simply do as they please as most of the time their worth to the club is seen as far superior to the manager’s worth to the club. This is a problem that has been escalating for years, only emphasised by Kepa Arrizabalaga.

We’ve seen players walk off the pitch refusing to shake their manager’s hand, individual incidents between a player and their manager, to name but a few, Neymar, Pogba and recently Arnautovic, all trying to force decisions that should not be theirs to make. The manager should have complete respect and control, yet the money pumped into players bank accounts has removed this, the clubs simply cannot afford to lose the player so instead choose to lose the manager.

The problems at Chelsea over the last few weeks have been beyond anyone’s expectations. They now face an uphill battle to pin down their top talent for the next few windows, but as aforementioned, this will never be easy with the changing control in world football. Kepa’s actions in the Carabao cup final were beyond embarrassing for Sarri and the Chelsea command. After spending an extortionate amount for the Spanish goalkeeper after selling Courtois, they are in a very difficult situation. Do they drop the player or the manager? A question that should never have to be asked as it’s a question that emphasises the rapid downfall of respect and authority in world football.

What To Give Up For Lent