Diversity and Inclusivity in the British Fashion Industry

Jenny explores how the diversity of the UK fashion scene has changed.

Inclusivity has become a buzz word for the fashion industry over the last few years, and it is undeniable that the runways are now more diverse than they were a decade ago. However, despite major changes in how the fashion world considers standards of beauty, it is also clear that the models presented in magazines, advertising, and on the runway are not representative of our diverse, British society. 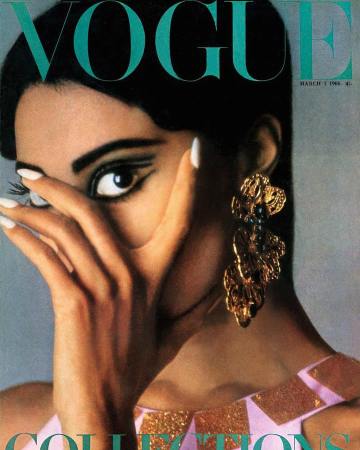 Donyale Luna on the 1966 March issue of British Vogue.

Since the 1966 March issue of Vogue UK which featured the publication’s first woman of colour, 20-year-old Donyale Luna, the world of fashion has become much more inclusive of men and women of all shapes, sizes, ethnicities, sexualities, genders, and ages. 2018 in particular was an amazing year in this respect; it saw huge steps towards fashion inclusivity, from online fashion brands to chic couture houses.

When Anok Yai opened the Prada show last autumn, she became the first black model to do so in 20 years, since Naomi Campbell in 1997. Afterwards she told Vogue UK: “opening for one of the top fashion houses is a statement to the world – especially for black woman – that their beauty is something that deserves to be celebrated.”

2018 also saw the first woman with dreadlocks to walk on the Dior runway. The Fall Couture show was closed by Indira Scott who accessorised her dreads with wooden beads. Versace also took steps towards inclusivity in their brand last year by producing the longest ever advertising image which was made up of 54 models of diverse personalities, an effort symbolising inclusivity and promoting self-confidence.

Tommy Hilfiger and ASOS also addressed the glaring hole of representing people with disabilities in the fashion sphere by designing accessible clothing, specifically for people in wheelchairs. The Hilfiger line included pieces made with adjustable details and easy-use fastenings.

Meanwhile, Vogue Arabia paid tribute to #BeautyBeyondSize by presenting Ashley Graham, who is now the 10th highest paid model in the world, and Paloma Elsesser as their July/August 2018 cover stars.

Meanwhile, Isabella Rossellini reappeared in Lancôme’s advertising campaigns at the age of sixty-five after being released from her contract at forty-three because she was too old. The beautiful images used for the adverts, taken by Peter Lindbergh, were not retouched. At London Fashion Week, Madeline Stuart, a 21-year-old model with Down syndrome, also walked the runway making her debut. And last but not least, Edward Enninful became the first male, and one of the few black, editor-in-chiefs of British Vogue.

Another (un-retouched) picture shot by the great @therealpeterlindbergh for @lancomeofficial

So, how can the fashion industry become even more inclusive and representative of our diverse British society?

Eunice Olumide, a Scottish model, suggested that the regulation of the industry may be the key. Referring to the current lack of rules, she asked: “How can you have an industry that’s worth trillions that has no regulation? There’s no minimum wage for models, no requirement to make clothes in different sizes.”

Perhaps creating a governing body would force fashion producers to present more inclusive images. Fashion commentator Caryn Franklin argues that there are already incentives for the industry to represent the diversity of society in their products. “Studies show [that] when the audience can make a connection to the model wearing the clothes, the desire to actually want to make a purchase is increased by 300%.” In her words, “it’s a business no-brainer.”