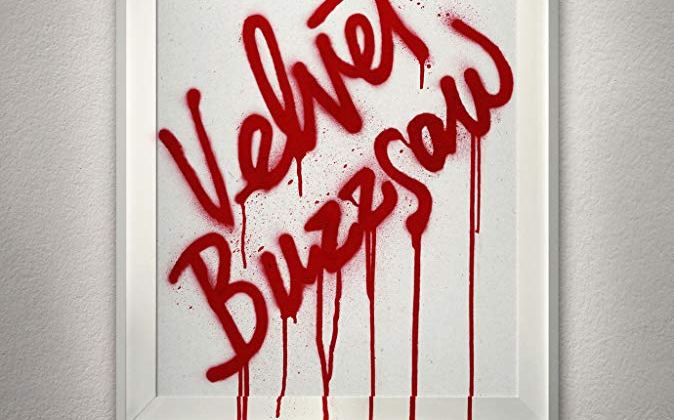 Velvet Buzzsaw is Dan Gilroy’s second film, 5 years after his refreshingly unique neo-noir film Nightcrawler. While Nightcrawler was so ground-breaking in injecting new themes into the often cliché-laden genre of neo-noir, Velvet Buzzsaw is far less perceptive and engaging in what it tries to say about the art world.

“the film is ultimately a superficial one”

Although the film’s experimental concept of combining the bourgeois and commerce of the art world with the blatant brutality of horror seems intriguing, Velvet Buzzsaw ultimately fails to inspire anything new or noteworthy in the genres it amalgamates. Even with a host of talented actors that include Jake Gyllenhaal, Rene Russo, Toni Collette and Zawe Ashton, the film is ultimately a superficial one.

“Velvet Buzzsaw seems, in concept, to expose some deeper truth about the irony of the art world”

The advent of new-wave horror is characterized by a versatile blend of genres and an exposure of deeper ideas and truths about our world. 2016’s The Witch was a terrifying portrait of a religion’s fatal tendency to make evil an abstract concept to avoid difficult truths about human nature. 2017’s Get Out was a shocking satire of the morphing racism in America. 2018’s Hereditary confronts the tragedy of inescapable family traditions and the brutality of depression. Velvet Buzzsaw seems, in concept, to expose some deeper truth about the irony of the art world. The first fifteen minutes of the film is frantic as the camera swivels across a large exhibition to introduce various characters. Dan Gilroy contrasts the art jargon of artists ‘being in the full bloom of alcoholism’ with the tangible reality of cheating partners, jealousy, career and money.

“As soon as the first gory death occurs, Velvet Buzzsaw takes a turn for the worse”

For the better part of the film’s opening, Velvet Buzzsaw highlights the irony of the art industry; Beneath its cloak of artistic ideals, it is not removed from the reality of commerce and material concerns. There is also a human imperfection to these characters which make them more like real people and less like caricatures of the art world. Velvet Buzzsaw avoids stereotypical archetypes about its characters and their social environments. However, the same cannot be said for its plot.

As soon as the first gory death occurs, Velvet Buzzsaw takes a turn for the worse. Every successive ‘ghost’ attack diminishes the intrigue the film has set up. Introducing an absurd sub-plot of divine retribution for the selfishness of its characters, the film fails on all fronts. It fails to sustain our intrigue or shock us enough to leave a haunting impression. Velvet Buzzsaw’s artistic take on ‘Final Destination’ robs it from being an effective satire about the art world. It trades the interesting dichotomy between the artistic and the material for cheap thrills and blood.

“The gorier it got, the more boring it became”

To be perfectly honest, the gorier it got, the more boring it became. As the film lumbered its way to the final scene, I am left feeling like Dan Gilroy’s much anticipated follow-up to his brilliant first film (Nightcrawler) is an empty experience. The ideas espoused are undercut by a misguided sense of direction. Far from inspiring or haunting its viewers, Velvet Buzzsaw is a rather vapid experience with its concept being more interesting than its execution.