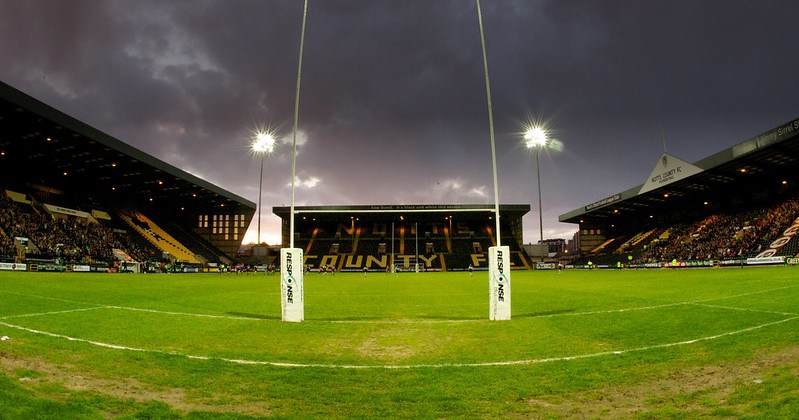 At the end of January 2018, Notts County were second in League Two and had secured an FA Cup Fourth Round replay after drawing 1-1 with Swansea City in the first leg. Skip ahead a year and they are propping up the football league, have had three managers in six months and, after social media controversy at the weekend, owner Alan Hardy has put the club up for sale.

The Magpies downfall has been a shocking one. They missed out on the play-off final after controversial refereeing decisions in both of their semi-final legs at the end of the last campaign and 2018/19 was meant to be their season, with chairman Alan Hardy stating promotion was a ‘dead cert’.

However, after picking up just one point in five league games, Kevin Nolan, the man who had led them to last season’s success, was sacked at the end of August. Harry Kewell was brought in to try and re-energise the promotion hopefuls, but he was also let go after winning three of his 14 matches in charge.

In late November, Neal Ardley was appointed as their third manager of the season. So far his tenure has seen the Magpies accrue seven points in 11 games, but their inability to win games and defend effectively has left them propping up the league, eight points adrift and with a goal difference of -30.

Alongside their footballing woes, last weekend saw issues off the pitch as well. Chairman Alan Hardy accidentally tweeted what he called an ‘inappropriate photo’ and deleted the tweet as soon as he realised, issuing an apology for ‘any offence caused’. This was followed by the announcement that he was putting the club up for sale, with the official club statement stating it was not because of media happenings or the club’s league position, but because Hardy feels he should focus on his other businesses more.

In spite of this, Ardley has stated that the chairman has been driving for transfer business with the mindset of ‘nothing changes, let’s make sure we keep this club up’. Ardley said he was grateful for Hardy’s enthusiasm to still spend money despite putting the club up for sale, stating the status of Hardy’s ownership ‘hasn’t changed [his] job’ and that he is not focussing on ‘anything that happens outside of the training pitch’.

Transfer deadline day saw three players recruited to Meadow Lane, taking their total for the January window to nine: one goalkeeper, two defenders, four midfielders and two strikers. Ardley hopes these signings can add qualities to the team which they are currently lacking, especially pace and the opportunity to create a solid defence.

Amidst this maelstrom, the Magpies have a tough month ahead with games against three of the top four teams in the league. This run of fixtures begins with Lincoln City’s visit to Meadow Lane this Saturday. The Imps have a four point gap over second place Mansfield and have won four of their last five away games. Ardley admits it will be a hard game, but thinks if the team ‘do what they’re good at’ then they might have a chance for an upset against the top of the league side.

“The mindset, style and grit of the team needs an overhaul”

There’s no doubt Notts need a win, but they need to change their approach to the beautiful game if they are to change their current form. There are 17 games left and they will quickly slip away. Having only won four league games all season and having not won a game in 630 minutes of football, the mindset, style and grit of the team needs an overhaul. Ardley claimed the players were confident they could stay in the league and that the new signings were ‘up for the fight’.

There is, then, still fight in this club, with it’s reputation, history and status as the oldest football league club, it’s clear it’s not over yet. However, time is running out and Ardley’s boys need to buck their ideas up and ignore any happenings off the pitch if they want to remain in the football league.

Featured image courtesy of Nottingham Trent University via Flikr. No changes were made to this image. Image license found here.