Behind the Scenes at NNT: ‘Inhabitation’ by Nat Henderson

Ibrahim goes behind the scenes of the NNT's next awe-inspiring performance 'Inhabitation'... 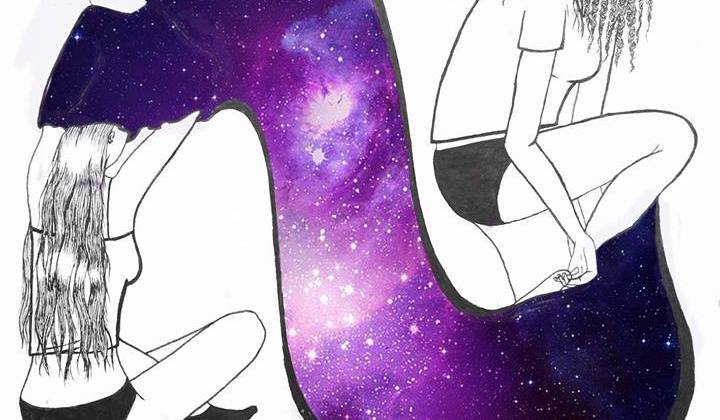 I recently had the opportunity to sit down with the cast and crew of the NNT’s upcoming production, Inhabitation, written and co-directed by the University of Nottingham’s own Nat Henderson. I also caught up with co-director Esther Butterworth and two of the play’s leads, Yazmine Dankwah and Ellen Schaffert. The two play the characters of Evelyn and young Morgan and were kind enough to give me some insight into the process of bringing the play to life.

And I was met with comedy gold.

Revolving around a friendship that falls apart over time, the metatheatrical play stands out as a rollercoaster of emotions, and a relatable one at that.

Q: So, what is the play about and what inspired the ideas behind the story?

Nat: So the play’s events are set within a back garden, following two people that meet as they live together, become friends and then fall apart. The main ideas behind this came from a lot of my own experiences, and talking to other people it became evident that these circumstances are a lot more universal than I’d originally thought. A lot of people do deal with people that leave/fade out of their life and it’s really fucking sad when that happens. The play’s bitter-sweet. There are fun bits. There are nice bits. There are sad bits. There are angry bits. And it’s a lovely hybrid thing all in itself.

Ellen: After we rehearse I feel winded – it’s so intimate. It’s a little slice of two people.

Q: What drew you guys to the project?

Ellen: I was intrigued by the idea of the ‘drifting friend’ in a play, as it’s just a shit thing to happen and no one ever talks about how awful that is. I also really liked the character of Morgan.

Yazmine: The universality of the main theme struck me, and also – Nat wrote some sick poetry which Morgan uses as an outlet for her feelings throughout the play.

Co-director, poet and playwright? That just might be the ultimate flex. 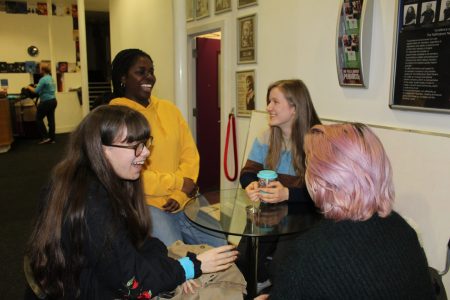 Esther: Nat messaged me about co-directing this, and I was quite interested as Nat has wrote quite a few things-

Nat: I’d just like to clarify I’ve written one other play but thank you so much-

Esther: – and yeah I heard it was good and I’ve worked with Nat before so I was like why not. She gave me the brief outline and I loved it, it sounded really interesting.

Q: Do you guys have any funny rehearsal stories?

Everyone laughs nervously. A moment of silence.

Esther: Are we talking about the spider?

Nat: There was a spider who decided to visit our rehearsal room, I mean we visited his abode actually – he’s probably been living there longer. But anyway there were a hysterical few minutes- we rehearsed outside for a bit because part of the play is based outside.

Ellen: We were searching for bunnies but we probably scared them off.

Nat: Yeah that was a lovely day.

Ellen: But yeah there was a spider and it was terrifying. And then Nat picked it up in a cup and dropped it- 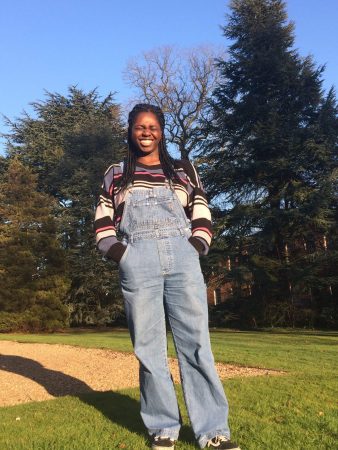 Yazmine: I spent ages trying to push the studio curtain to find the spider, and then it sort of just- hello- popped out.

Ellen: I don’t think I’ve screamed that viscerally in a long time.

Nat: It’s always very interesting hearing your stuff read aloud – like whoa, oh shit, other people are saying this. Yeah, its been really strange. And cool. But a little bit strange. But pretty fun. And I’ve had a really really great cast-

Nat: – and a lot of the play wouldn’t be where it is right now without them. And the characters have really grown with them. It could have been very different with different people.

Q: Do any of you have a favourite line?

Esther: Oh my God I have a favourite line! Oh gosh yes! It’s yours! (She points to Ellen) It’s when little Morgan is sitting on the grass, and it’s cold and Evelyn is trying to get them to get a coat and Morgan is like ‘no no no, it’s fine, look I can hide in all my hair’, and the entirety of her person just disappears.

Nat: I did write that specifically for Ellen because of her long hair.

Q: Do any of you have a favourite character and why?

Nat: I think I like most of them, there’s a reason why there’s only seven – they all fit in. I think I in some ways admire Evelyn the most, but I identify with Morgan more. But yeah, it’s complicated.

Esther: I identify the most with Tony-

Nat: He is quite weird.

Esther: There are a few snippets of improvisation where he just chats random shit- 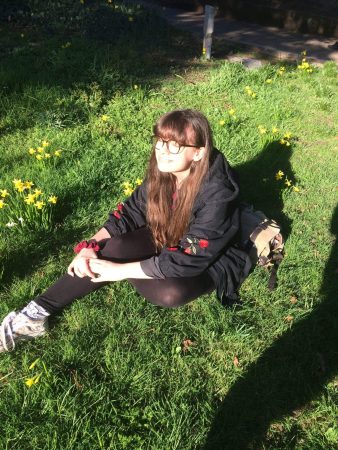 Esther: – and I just relate to that. But I really enjoy watching the younger Evelyn and Morgan scenes. I think there’s something very real about that friendship that comes across.

Q: Is there anything else you’d like to add?

Ellen: And a bike!

Esther: And a bicycle-

Nat: And flowers! And a real door!

Nat: And some poetry! And breaking the fourth wall! Very meta.

Ellen: All the meta.