Behind the Scenes: Gatsby Photoshoot

For our next print issue of Impact, we played with the theme of ‘time’ to produce a Gatsby/1920s-inspired photoshoot. This is what happened behind the scenes.

The initial idea was developed by our resident Food Editor, Rosa Morgan, Head of Lifestyle, Charlotte Hegley, our Online Editor, Sophie Hunt and our Editor-In-Chief, Emma Heasman, in advance of the issue theme being released. It was serendipity that the photoshoot theme matched so well with the issue theme! Rosa said: “as we rapidly approach the 2020s, there’s nothing better than looking back at the fashion and style of the 1920s, one hundred years on.” 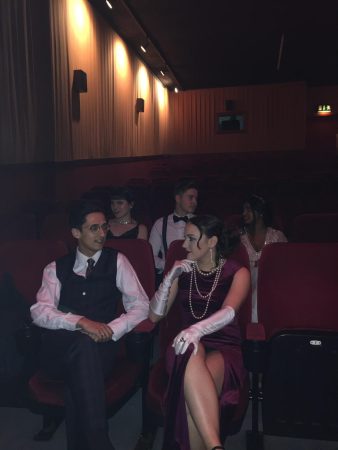 After gathering our models, sharing some mood boards, and sourcing outfits and makeup from wardrobes and from the Nottingham New Theatre’s costume closet, we were excited to shoot in the historical Savoy cinema in the heart of Lenton. Not only was it close to the University, but the cinema itself has a great authentic look for the photoshoot era.

We wanted the hair and makeup looks to be timeless but glamorous, using dark colours on the eyes and lips for that dramatic early-Hollywood style. Our makeup artists curled and pinned our model’s hair in place, while the boys slicked back their hair in that signature 20s style. As for the clothes, we sought out suits which looked like they fit right into the era, pairing them with a bowler hat or a walking cane. For the girls, we used long dresses made of velvet or lace and decorated with plenty of sequins and made sure to include long gloves, fur coats, and copious amounts of pearl necklaces.

Charlotte and Rosa directed, and as the new Style Editor, I watched and learned from them before giving some pointers here and there. The models were brilliant, embracing the looks to capture the essence of the time. 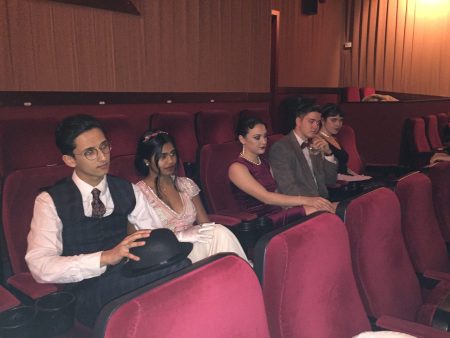 Despite some issues with lighting, the shoot was a lot of fun and brought us back to the roaring twenties with all its glitz, glamour, and style.