Marvel explores the politics behind the Oscar-winning costume designer.

We cannot escape politics when it comes to fashion, no matter what we wear. Each garment binds us to a political statement whether we realise it or not. Fashion almost always coincides with making a political and powerful statement. 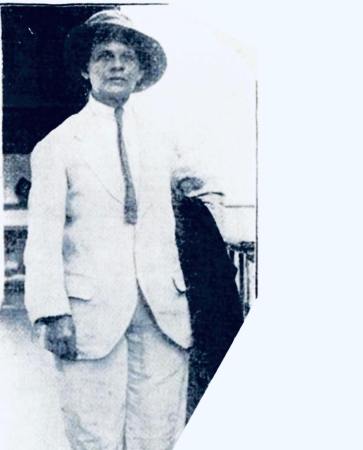 For instance, in 1919, labour leader Luisa Capetillo became the first woman in Puerto Rico to wear trousers in public and was sent to prison because it was considered a crime at the time. Many women alongside the likes of Luisa Capetillo such as the Suffragettes had to fight against the patriarchal society that they were living in, so that we could have the liberation to express ourselves intellectually and through the way we dress.

In Black Panther’s ‘Warrior Falls’ fight scene, a weary Prince T’Challa (Chadwick Boseman) hears an encouraging battle cry from Queen Mother Ramonda (Angela Basset): ‘Show him who you are!’ These words fly off the screen and into the heart of the viewer. They also reflect the artistry of one of the world’s leading costume designers, Ruth E. Carter.

Ruth E. Carter was the first black woman to win an Oscar for Best Costume Design for her work on Black Panther, and made it her priority to capture Afro-Diasporic fashion in the costume design. Carter is an example of how fashion can be used to be political and powerful, creating designs that was able to translate across multiple audiences and be recognised.

Prior to her Black Panther success Carter has a long history of encapsulating black culture through fashion on screen. Her most famous costume design jobs were with Spike Lee, working on over ten films together. In an interview Carter stated that she made it her priority to educate all audiences about the beauty of brown skin and what looks beautiful against brown skin. ‘You look at ‘Do the Right Thing’, ‘Mo’ Betta Blues’, ‘Crooklyn’, and you see Africa. You see color and culture,” she said.

To me, Ruth E. Carter’s costume design is a phenomenal example of how fashion makes a statement about who you are and the culture that you belong to. I believe this because her work is relatable; she creates sophisticated and intricate designs using 3D printing, combining the delicate nature of African print and the technology of the Western world. Her ability to do so results in garments that translate powerful messages about not only costume design but also the culture of African women.