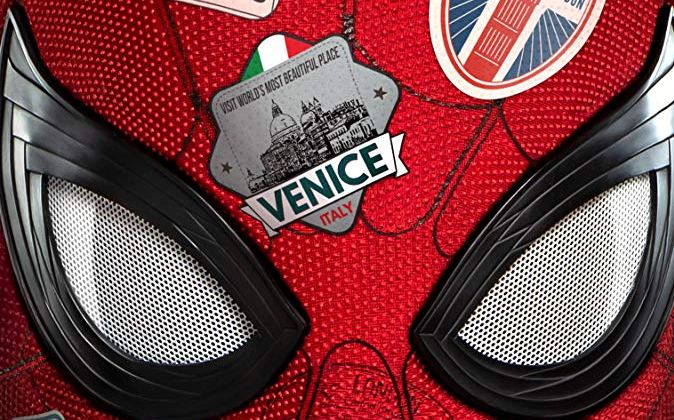 Until he appeared in the MCU, I used to hate spider-man. I only really knew him from the older films and from cheap merch like school lunchboxes. From all that I thought he was a bit silly. Post-Tom Holland, however, he has grown into my favourite Marvel superhero. Far From Home only reinforces that – its the best outing so far.

The requisite – and gleeful – fusion of high-school drama and superhero action makes this movie a complete success, just as with the previous outing: Homecoming. The combo creates that integral Spidey tone, and mixes up the more standard superhero fare that Marvel have given us in almost two dozen other films. The duality that Peter, and by extension the movie itself, juggles, injects everything with a liveliness that some MCU movies lack.

Far From Home feels like a movie that takes place in a real world and that follows real people. Huge chunks of this movie will resonate with anyone that has been a teenager or gone to a school. A cynic might call it High School Musical with spandex, but I think that’s a little unfair. Far From Home is in many ways a high-school movie, but the way it is not just a high-school movie makes it really quite unique.

Traditionally rare in the MCU, Far From Home features quite a good villain in Mysterio. Though I knew something was coming, I did not expect to Jake Gyllenhaal’s character to take the form that it did. He ended up tying in with the movie’s occupation with Tony Stark’s shadow quite nicely. He was an interesting and threatening character that taught Peter some valuable lessons both about himself and about being a superhero. The mark of a good villain.

Despite the strength in Mysterio’s character, I was initially sceptical about the movie’s ending, feeling that it was unusually closed-book and inconsequential for a Marvel movie. Maybe the fact that nothing of great magnitude changed from beginning to end is refreshing, but considering Avengers: Endgame’s release a few months prior, I expected a little more from it. Thankfully, the mid-credits scene shut all that down nice and quick. In a few short minutes we got some amazing fan service and a shocking twist that shakes everything up for Spider-Man moving into phase four of the MCU.

“I love the greater focus on MJ, she has such great chemistry with Peter and the film shines when the two are on-screen”

The supporting cast is largely strong and really add value to Far From Home. I love the greater focus on MJ, she has such great chemistry with Peter and the film shines when the two are on-screen. Their dialogue is snappy, and convincing performances from Tom Holland and Zendaya made me genuinely root for the couple. The wonderful Happy Hogan is around too, for which we can also be thankful. As can we for Ned, the endlessly likeable man-in-the-chair.

I think Tom Holland’s Spider-Man is among the best portrayals so far. He makes Peter Parker a true hero – the kind that doesn’t need a mask to draw strength from – but also a confused teenager who thinks Empire Strikes Back is really old, is still working out his place in the world, and is obsessed with one particular girl.

“As far as superhero action goes, Jon Watt’s direction provides us with some fresh-looking fight choreography”

As far as superhero action goes, Jon Watt’s direction provides us with some fresh-looking fight choreography. The perspective really stood out to me, with the camera often following Spider-Man from head-on. It makes things seem a lot more hectic, emphasising his unique, improvised fighting style. Fights are another platform for Spidey’s jubilant personality to express itself, and they remain consistently entertaining. Thankfully they didn’t overstay their welcome for me.

“Holland and co. are really shaping up to become heavy hitters in the Marvel Cinematic Universe’s next generation of heroes”

Far From Home is a great Spider-Man movie all round, and it stands out amongst many of Marvel’s other films. Holland and co. are really shaping up to become heavy hitters in the Marvel Cinematic Universe’s next generation of heroes. I’m too charmed by the high-school premise of Far From Home to say anything truly critical. Its a great ride.

Freshers Bucket List: the Best Bars and Restaurants Notts Has To Offer

Poems For Making Sense of Freshers