A group of undergraduate students from the University of Nottingham are working to develop a new detection system that can “sniff out” when food packaging and preservation methods fail and allow the growth of dangerous botulinum bacteria. These bacteria can cause a type of food poisoning which may result in paralysis or even death.

Sounds terrifying, but the largest botulism outbreak in the UK was more than 30 years ago (O’Mahony, M. et al., 1990. An outbreak of foodborne botulism associated with contaminated hazelnut yoghurt. Epidemiology and Infection, 104(3), pp.389–395). This resulted in the hospitalisation of 27 people, all due to the consumption of contaminated hazelnut yogurt, which led to the shutting down of a major company.

“botulism food poisoning outbreaks are estimated to cost the food industry about £25million per person!”

The iGEM (International Genetically Engineered Machine) competition brings together 375 teams from 45 different countries in an event that resembles the science Olympics. iGEM offers interdisciplinary teams of students the opportunity to design and test their own science product. The students work on biological projects that tackle issues in their local communities and far beyond. Teams tackle real-world problems, such as antibiotic resistance and climate change. Projects range from developing bacteria that can degrade plastics, to building a printer that allows you to create your own bacteria! Some teams have even gone on to start successful businesses. 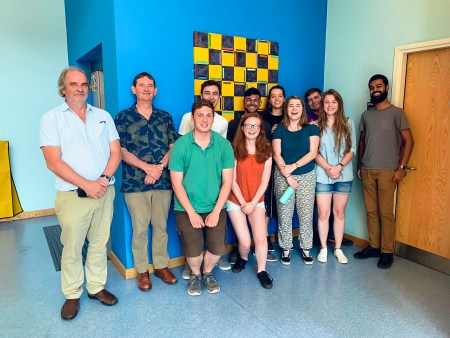 This year’s iGEM team from the University of Nottingham consists of ten science-loving undergraduates studying a range of degrees, from Biotechnology to Computer Science and Mathematics. Their project, focusing on the safe detection of botulinum bacteria in food, aims to provide a cheaper and faster alternative to current food testing methods and could replace the need for animal testing, which still takes place in many countries.

In October, the team will present their project, ‘NoTox – a nose ahead in food safety’, at a conference in Boston with over 5000 attendees. They hope to follow in the footsteps of last year’s iGEM team and bring home a gold medal!

Images courtesy of Alice Hodson, part of the iGEM team.

University Education- how will it differ to your previous studies?

The News You’ve Been Itching to Know…Why Do We Itch?