Is Technology Taking Over? The Growing Need for an Online Presence at University 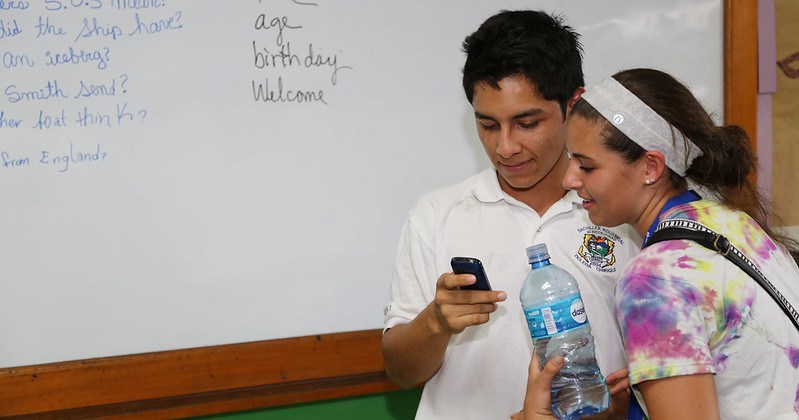 There’s no doubt our demographic is constantly criticised by the likes of ‘baby boomers’ for our so-called addiction to technology and social media. But have we developed a dependency, or are we simply adapting to a modern way of living? The prevalent need for an online presence at university brings into question whether tech is as detrimental as it’s made out to be, or if it simply helps keep us connected.

Advances in technology and developments to social media platforms have changed the way we go about our daily lives. Certain aspects are unavoidable in this day and age. It’s unlikely you can get through university without a laptop, email, or even a mobile phone. And let’s face it, you’d be somewhat behind the times if you didn’t.

But social media is a separate question. Can we get through our university lives without it? The immediate answer may be yes, but to what extent would we be at a disadvantage?

We are all aware of how detrimental social media can be to us both mentally and physically. It also has the effect of decreased social detachment, lessening the need for face-to-face interaction, turning us into a generation who communicate through screens.

So, does it help us to make friends, or does it limit us? We cannot say it doesn’t have its uses, but social media is being utilised now more than ever, particularly as a social network for students.

Before we even head to uni, it’s likely most of us joined a Facebook page for our halls, or a messenger group for our course. From the get-go, our first interactions with people at uni are over a social media app of some sort.

While this does help us to feel involved in a sense of community before even arriving, I was one of the minorities who didn’t join a group and suffered for it. Many people on my course had already been acquainted, met up, discussed modules choices and which clubs to go to; I felt like I had isolated myself, completely unintentionally! This puts into perspective just how widely social media is used for engagement among peers.

More notably, it’s becoming common custom that emails from a society or student body will ask you to, ‘follow updates on our social media page’ or ‘respond to our Facebook event.’ Most societies and sports clubs rely on social media to reach their members and distribute information.

Due to the ubiquitous nature of social media, it’s assumed we are all active members of this online community

True, it is the easiest and, arguably, most direct way to reach an audience. However, due to the ubiquitous nature of social media, it’s assumed we are all active members of this online community.

And yes, it’s true that in general we all are. According to research at the University of New Hampshire, 96% of students have a Facebook account. While increasingly becoming the less popular platform for students behind Instagram and Snapchat, Facebook undoubtably plays an essential part in organising events, relaying information, and creating a sense of community.

Although difficult to comprehend, social media isn’t a necessity, and for personal reasons some choose not to have it. But with the mounting reliance on it, could we still belong to our societies and attend events if we choose to cull our accounts?

With technology being an unavoidable element of 21st century life, the correlation with social media is understandable, but it’s beginning to invade our academic lives as well as social. Yes, smart phones are now used by the vast majority and have become an essential tool for communication, but should they be used as a tool in our education?

What is the outcome in the (unlikely) scenario that a student hasn’t got a smartphone?

For me, my phone is my biggest distraction, responsible for too many hours of procrastination. It’s surprising then, how many lecturers insist on using Kahoot in lectures. I’m not denying it is a fun way to engage and test our knowledge, but I know that if while playing Kahoot I get a notification from my friend that dominoes are giving out free pizza outside Portland, my attention has been diverted! It begs the question, what is the outcome in the (unlikely) scenario that a student hasn’t got a smartphone? Or, perhaps more realistically, it’s broken or out of battery?

Likewise, text services are widely used across campus. While it can’t be denied that most of us have our phones glued to our hands, if this isn’t the case, we run the risk of missing that all important meeting.

I found myself in such a situation at the start of term. Like many others, due to timetabling issues I found myself at student services on the Monday morning. Despite getting there early, against all odds after my night out, the queue was already out of the door. Student services have a virtual queue system in which you enter your mobile number and are later notified via text when your position reaches front of the queue.

My 30% battery (an indicator of how much sleep I had that night) was not looking like it was going to hold out. An hour and a half in, still non-the-wiser to my place in the queue and within my remaining 10%, I decided to go home, nurse my hangover, and try again tomorrow. Agreeably, I was to blame for my circumstances, but it proves just how widely it’s assumed we have access to tech at our fingertips.

While social media has been playing a role in our social lives for a while, it’s clear to say that university teaching and learning methods are changing too. Even Moodle, a vital (yet virtual) learning environment requires access to the internet.

To what extent the effects are negative is up to you to decide, but perhaps measures should be taken to make certain social and academic aspects of university more inclusive and less dependent on technology.

Featured image courtesy of AFS-USA Intercultural Programs via Flickr. Image license found here. No changes were made to this image.

In article image courtesy of @kingbeilish via Twitter. No changes were made to this image.

The Battle of Online vs. In-Store Shopping