Behind The Scenes At NNT: A Midsummer Night’s Dream 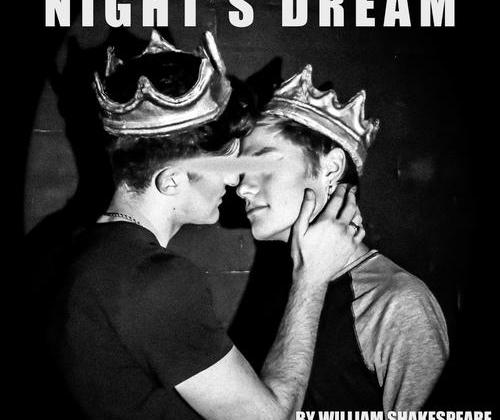 Ahead of the Nottingham New Theatre’s production of A Midsummer Night’s Dream, Lauren Winson caught up with the producer Alice Martin to find out more about the play.

Lauren: There’s been countless adaptations of this play, including the recent BBC version. What decisions did you make to ensure your production was unique? What can audiences expect from this adaption?

Alice: The first and most important decision we made was to cast all of the roles gender blind, this meant that every actor could be cast in any role regardless of their gender, actors were also able to choose whether they wanted to portray their character as male, female or gender neutral.

“Our adaptation is hysterical and absolutely ridiculous.”

As well as this, we have updated the language to make it more understandable, however we have kept the Shakespearean language and iambic pentameter. We have also heightened the comedy as much as possible! Our adaptation is hysterical and absolutely ridiculous [insert neon joke].

L: Why do you think A Midsummer Night’s Dream remains such a popular Shakespeare play?

A:  Unlike many of Shakespeare’s other plays, A Midsummer Night’s Dream is an accessible and genuinely very funny show. The absolute madness of the play can be translated for anyone anywhere to make a show that the target audience will find incredibly entertaining.

“We have added an additional character, whose role we do not wish to disclose”

L: What was the most enjoyable part of the rehearsal process?

A: Our actors have made the rehearsal process much more enjoyable. They are all incredibly naturally funny people, so to see them in a room together, building and bouncing off each other has been amazing. Their talent means that we have collaborated with them far more than we expected to, and the show is much funnier because of it!

“Our show is a bit of light relief from everything else that is going on in a student’s life in which to unwind and enjoy some timeless comedy!“

L: Did you find any challenges when putting together A Midsummer Night’s Dream ?

A: Our biggest challenge was just putting on the show. We’ve had 4.5 weeks to put on a show in Shakespearean English, with a cast of 16 people and a crew of 22. Trying to organise everything that had to be done in the time we were given has challenged everyone involved, but we are all incredibly proud of what we’ve produced.

L: The synopsis describes this adaptation as ‘the Shakespeare that you know and love (but with a little bit more neon paint!)’ – can you explain more about this?

A: We have added an additional character, whose role we do not wish to disclose, played by an anonymous actor – this character brings a new layer of comedy to the show, and involves more than a little neon paint!!

L: Why should students come and see A Midsummer Night’s Dream?

A: A Midsummers Night’s Dream is a show that many students may have seen or will be familiar with. We do not attempt to make a deep political or philosophical point with our show, we only aim to make people laugh and enjoy the time they spend with us. Our show is a bit of light relief from everything else that is going on in a student’s life in which to unwind and enjoy some timeless comedy!