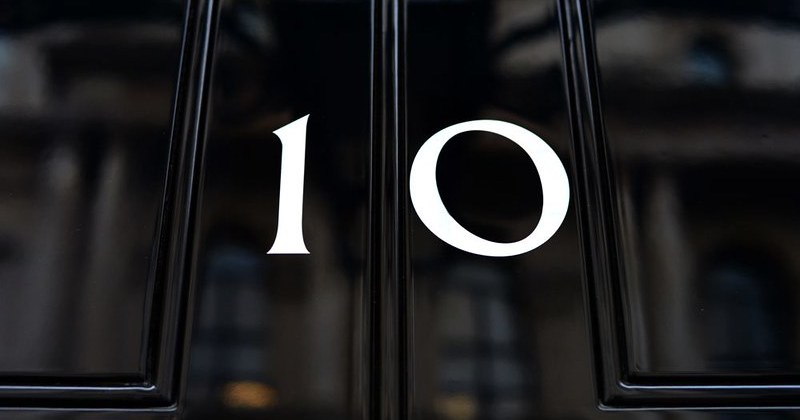 The British political landscape, a once august and respected vista now resembles a drunken punch up at a wedding no one wanted to attend. A brawl being watched by 65 million people who frankly have no idea what is going on nor how the whole thing started and no clue as to how it will end.

Adding to this madness we are about to have another General Election, the one which apparently no one wanted but we all saw coming. As various parties fling empty promises and half-truths at the public, whilst renting closet space for the many skeletons they are desperate to hide, is it not time we ask for, nay demand, something better than the circus of vindictive idiocy we have now?

Yet, what is the alternative? Without a fundamental shift of the governance of our country, which would surely involve huge social upheaval and probably violence as the fears the political classes have stoked for years bubble over, things are unlikely to change. The parties and their politics have become so mired in misdirection and rancid accusation that we are literally about to vote on who will destroy the country the least rather than clear and verifiable manifestos.

It is undeniable that not a day goes by when the Conservative party has one of their many lies exposed or the behaviour of their members is called into serious question. However, Labour seem to be building a utopia of free superfast broadband and a four day working week without giving us a manifesto to actually scrutinise. At this point I would not be surprised if the Conservatives were caught stealing actual candy from babies and Labour promised to return chocolate oranges to their original size.

Im getting sick of hearing MP`s say they are doing what they can for the people of their constituents but yet still wont let the people have another vote. Lets face it they are all lining their own pockets and not thinking of the people of the UK. #SickOfBrexit

Do the politicians of today rely on the apathy that has been almost bred into the public psyche? Almost everyone I spoke to isn’t surprised by the lies, and they all seem disgusted by the suggestion by Jacob Rees-Mogg that lack of common sense was the real reason for the horror at Grenfell- yet, what have we done? Social media lambasted him for roughly 24 hours before we realised nothing was going to come of it. He is still the leader of the house and still allowed to stand as an MP in this General Election.

Should we not be rising from our seats demanding better, holding these multi-millionaires to account?

Neither party seems to be investigating the accusations of anti-Semitism and Islamophobia that they have been accused of. The Liberal Democrats are not addressing the fears of an austerity economic plan and people are still listening to the leader of the Brexit party despite actual evidence of his right wing associations. Should we not be rising from our seats demanding better, holding these multi-millionaires to account? I dare say we want to, but we seem to be living in a society where day to day survival has become the norm for so many of us.

As we are governed by millionaires from the ivory tower, we see a population sick from the overspending and economic policies of both major parties. There are 7.8 million children living in poverty, 3.7 million of those are in absolute poverty. 70% of those children come from working families and shockingly 53% of them are under the age of five.

Foodbank use has risen by 73% over the past five years with 1.6 million food parcels given out in the last financial year with the figure set to keep rising. Yet when he was education minister, admitted cocaine user Michael Gove says the poor only have themselves to blame. He is still in government and standing as an MP.

Still we see our leaders and their rivals hurling insults at each other and promises at us, promises which no one believes anymore. Closing down investigations into illicit affairs and financial oversights all whilst decrying the opposition for doing the same, banging the Brexit drum at all costs or avoiding it like the plague. They blame each other for the crisis this country is in, whilst those of us they represent are dying in A&E waiting times.

Has the career of politician become so lucrative that it is not about what good you can do for your country but just how much you can claim back as expenses?

Doctors, nurses and porters forgo sleep and their own health to try and keep us all alive and somehow those in power have convinced so many thta the problem is immigrants or lazy people or minorities or anything that stops us from laying the blame where it belongs which is at their feet.  Do they really care anymore? Has the career of politician become so lucrative that it is not about what good you can do for your country but just how much you can claim back as expenses?

We are at a crisis point. Government has become nothing more than a series of scandal buzzwords: Windrush, expenses, racism, Grenfell and the list goes on and on. We have been failed as a nation by those who claim to represent us, and those who clamour for the big comfy bed at number 10 Downing Street.

Homeless people are dying in the street as they are failed by the disastrous universal credit, schools run out of money as the academy businesses that run them go bust, and pronounced fit for work has become a death sentence. There is only one thing this government can claim to have done and that is turn Charles Dickens and George Orwell from authors into prophets.

Featured image courtesy of Defence Images via Flickr. Image license found here.  No changes were made to this image.

In article image courtesy of @RevdBarry via Twitter. No changes were made to this image.

It’s The Most Wonderful Time Of The Year… Almost