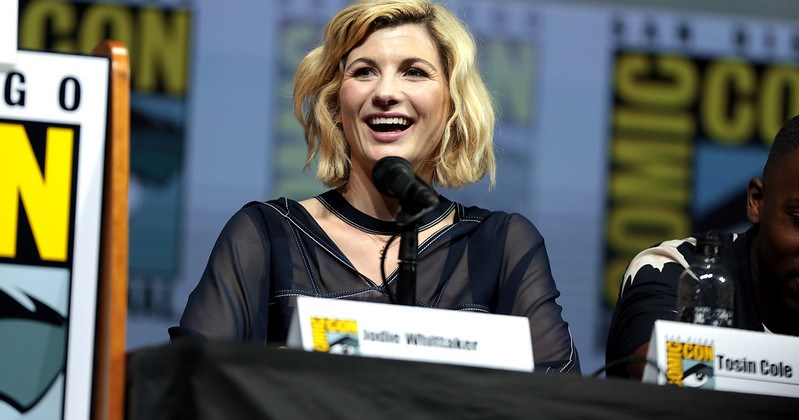 Doctor Who has been a love of mine for over 10 years now. I spent such a large proportion of my early teens watching episodes on repeat, loving every storyline it could throw at me. As I turned 15 and began to think I was too cool for the show (spoiler: I never was), I began to lose interest for about a year or so.

Yet, when Jodie Whittaker was cast as The Doctor in 2017, it really did resonate with me. I couldn’t help but get excited about the first female Doctor and it made me want to start watching the show all over again. I remember when I watched her first Christmas special and loving it entirely and it confused me so much, how so many people were against the casting of a female Doctor.

A part of me does understand the traditionalism of it all. The ‘but this character has been the same since I was young and I can’t help but get mad about change’ mindset is rather dominant when it comes to pop culture, but with that, men have so many characters that will never change.

Prince Charming will always be a prince, Harry Potter will never be Harriet Potter

4 out of 5 of the original Avengers are male, Prince Charming will always be a prince, Harry Potter will never be Harriet Potter. I understand the frustration because change isn’t something a lot of people are big on, but I can’t help but support more women on my screen.

Of course, the exploration of whether the casting of women in traditionally male roles is entirely just to please the masses is, of course, an important one. We live in a society where Feminism, rightly so, is celebrated, advocated for and most importantly, needed. But with social media dominating our livelihoods, TV and film companies know what people want, and people want women on their screens. Powerful women, funny women, every type of woman!

The casting of a woman in a traditionally male role is exciting, interesting and new, how could we not watch? Hollywood is a money-making scheme, and we LOVE to give our money to films and TV shows where females dominate our TV screens.

Despite all of this, the casting of women in originally male roles is something I wholeheartedly support. These worldwide icons that have been around for years are now being represented by women are providing amazing role models for young girls all over the world.

We must think about what was once considered to be the traditional female characteristics in the media. Women have always been the sidekick, the love interest, the seducer or the irrational.

Film and TV has always been a representation of the society at the time, and we’re finally progressing to a time in which women are slowly, but surely, gaining more equality, so why not project this change onto our screens? It’s important for girls to watch a Superhero movie and see powerful women or a Disney cartoon that isn’t just about a girl having a crush.

Here’s to the end of the damsel in distress!

Film is our biggest form of escapism in society today, and for many people, change like this doesn’t really matter. The casting of a woman for James Bond, Doctor Who and many more is new, interesting and keeps things different to the rest. Here’s to the end of the damsel in distress!

In article image courtesy of @lashanalynch via Instagram. No changes were made to this image.

Giving Blood: How to Save a Life in 20 Minutes

Alternatives for a cheaper and more sustainable wardrobe