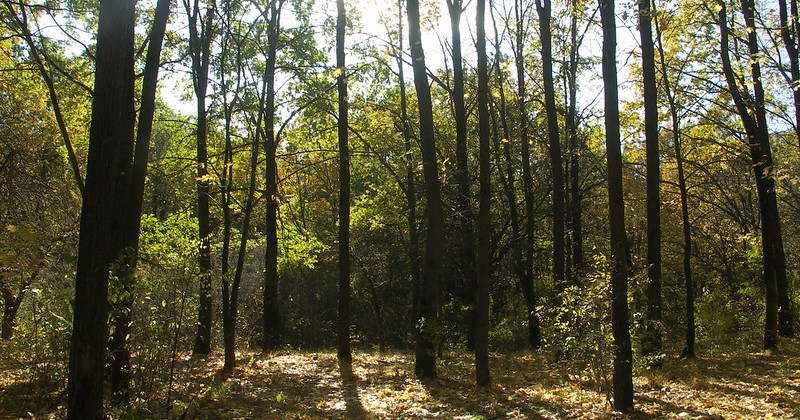 I’m very much enjoying this new swathe of community action against climate change in the face of governmental apathy. I often wonder what those high up in power are thinking, as they watch the world rally behind a 16-year-old or protests in a multitude of cities worldwide.

Well, the newest action being taken comes from a surprising place, to say the least. MrBeast – a challenge YouTuber most known for throwing ridiculous amounts of money at people as an incentive to get them to do ridiculous things -was challenged by his viewers to plant 20 million trees for reaching 20 million subscribers.

Well, more accurately he was challenged by a few reddit memes that gained colossal amounts of support, but the fact of the matter is that MrBeast thought this was a great idea and got his fellow YouTuber (and insane techie) Mark Rober to help him along.

Who doesn’t have a dollar to spare- that’s about 77p to us- and who doesn’t like breathing?

Working with the Arbour Day foundation, they’ve set up a YouTube wide collaboration that implores the community to donate to this cause. For every dollar donated, the Arbour Day Foundation promise to plant a tree. So, it’s 20 million dollars for 20 million trees, by 2020. With a tagline like this, you can imagine that the internet went wild! Who doesn’t have a dollar to spare- that’s about 77p to us- and who doesn’t like breathing?

Trees fight climate change, improve air quality, and provide homes to hundreds of different animals. The Infographics show provided an excellent video detailing all the positive effects planting trees would have on the environment- which I thoroughly recommend watching if you’re still on the fence.

Time has come to plant a tree.
How many will it be?

Plant the future with 1 retweet.
And the world changes beneath your feet.

Given the campaign’s positive and crucial message, it’s not a surprise that hundreds of YouTubers got involved. Animators, educators, gamers, make-up artists, review channels, techies- even the ASMR community has rallied around this cause. People are getting really serious about this campaign; PewDiePie has asked his 102 million subscribers to donate, jacksepticeye held an eight-and-a-half-hour livestream to raise money for Team Trees, and Alan Becker and Ami Yamato created custom animations to support the cause.

Even Count Dankula- UKIP member and that guy that taught his girlfriend’s dog to do the Hitler salute- has joined the campaign. Yeah, it’s been a pretty confusing time on YouTube lately.

Tobi Lutke beating Elon Musk’s donation by $1 is the sort of pettiness I personally enjoy from multimillionaires.

As of writing this, the fundraiser has raised over $15,500,000. Huge names are getting behind this campaign: Elon Musk has donated a million trees, and even changed his twitter name briefly to Treelon Musk in honour of this project. Twitter’s Jack Dorsey has dropped $350,000, and both the CEO and CTO of Shopify have made personal pledges of $1,000,001 and $100,100 respectively. Tobi Lutke beating Elon Musk’s donation by $1 is the sort of pettiness I personally enjoy from multimillionaires.

Of course, there have been quite a few scornful opinions shared about the situation. My favourite edgy take is that deforestation is so far out of control that 20 million trees amounts to nothing, and that we should all just stop trying. To those people, I kindly request they never open their little pessimistic mouths ever again.

This campaign has not been started with the end goal of reversing climate change and saving the world, but it does send a powerful message to those in positions of power whilst emphasising the importance of the environment to the highly impressionable youth. At the end of the decade, what better way to emphasise our concern for the environment and dedication to the future of our earth than to raise money to try and help out as much as we can?

Just to reiterate, for every dollar donated- 77p, remember -a tree will exist that didn’t exist before. That’s active change! Instead of going to Ocean, why not plant 6 trees instead? Walk to a lecture rather than taking the bus one time, fill up your water bottle rather than grabbing a coffee, or buy the Tesco’s brand vodka instead of Smirnoff!

There are hundreds of tiny little things you can sacrifice in order to help this wonderful cause, even if you’re on a tight budget. And it’s worth it! When are you going to get a chance to be part of something like this again?

There are also other ways to help Team Trees if you can’t contribute economically. The search engine Ecosia is a non-profit organisation that uses its ad revenue to plant trees. I have the app downloaded on my phone, and the plug-in downloaded on my laptop and computer. It takes an average of 45 searches on Ecosia to generate enough funding to plant a tree.

Using Ecosia, those moments of confusion and learning can also fund reforestation efforts all over the globe

How many times do you stop to check things or look things up during essays? Well, using Ecosia, those moments of confusion and learning can also fund reforestation efforts all over the globe. Considering that this doesn’t impact you in any way, I really implore you all to start using Ecosia. Google already have its profits in the billions each quarter, so instead of helping them grow and sell your data to anyone that asks, why not switch to Ecosia and try and help save the planet a little?

To donate, go to teamtrees.org and chose how many trees you would like to fund being planted. Please, guys. This is a fantastic project, one that it is well worth being a part of. If the numerous governments of the world refuse to take deforestation and climate change seriously, we’ll have to just fix as much as we can ourselves and wait for them to catch up.