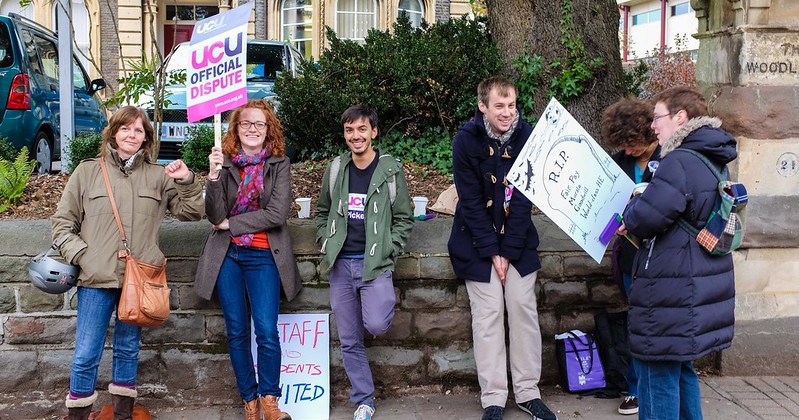 The UCU have announced 14 strike days spanning February and March affecting universities across the country including the University of Nottingham.
0 February 4, 2020 20:51 by Mia Haffety

The UCU have announced 14 strike days that will span February and March affecting universities across the country including the University of Nottingham. The strikes begin with a two-day walkout that will take place on Thursday 20 February and will culminate with a full week beginning on Monday 9thMarch.

The strikes are a continued response to issues regarding pay, workload and other unresolved concerns for members of the UCU as well the debate over the Universities Superannuation Scheme. Last year members of the UCU went on an eight-day strike during the autumn semester and it is believed that this current round of walkouts will have an even greater impact as an increased number of UCU branches have reached the 50% required for legal industrial action.

Jo Grady, general secretary of the UCU, spoke in an independent article yesterday saying, “If universities want to avoid further disruption, they need to deal with rising pension costs, and address the problems over pay and conditions.” Responses from universities involved in the pay row range from reticence to silence. The University of Nottingham has not made a statement at the time of writing. Those involved in the strike action have also said they will perform non-strike actions as well, including, but not limited to, working to exact contract rules, no longer covering if they are not required to, and in some cases not covering for lectures lost to the walkouts.

The walkouts are currently planned for the following dates;

Featured image courtesy of Chris Bertram via Flickr. No changes made to this image. Image use license found here.

What is the Destructive Potential of Robots? The Boston Robot Dog