Behind the Scenes at NNT: Kiss My Neck Not My Lips 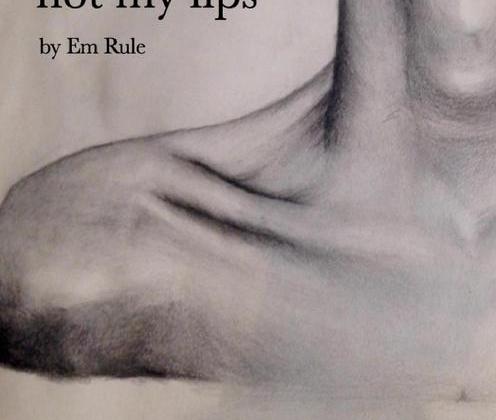 On Monday 16th March, NNT open their latest Fringe Show, ‘kiss my neck not my lips’, directed and written by Em Rule and produced by Lucy Chandler. Daisy Forster sat down with the two of them (and a brief cameo from their two cast members) to discuss the production.

D: Could you tell me a bit about the plot and themes of the play?

E: ‘kiss my neck not my lips’ is a play about communication and friendship. It’s about two girls’ relationship with each other, as best friends living together, and every scene takes play in one of the girls’ bedrooms. Essentially, we watch as their lack of communication about their genuine feelings towards each other leads to their relationship breaking down. It’s an analysis of relationships and the importance of talking to each other!

“No matter what your sexual orientation is, it’s the actual connection that you have with another person that we all go through at some point.”

D: Emily, is this the first play you’ve written? What inspired you to write it?

E: It’s quite a personal play because I’ve had the concept since I was fourteen. I wrote one of the scenes when I was fourteen, so I’ve had it for like six years. Then it was inspired by myself living with my flatmate last year- just like the dynamic- and then since being here [at NNT] I was inspired to write it because there’s so many opportunities here. We also wanted to do a play together!

DRESS RUNS ALL DONE. The show is tomorrow!! We have standing space available and some seats left for every show. Come along anyway and we’ll squeeze you in!! 💚🎉 PHOTO CREDS TO BETH!! ❤️

D: Could you tell me a bit about how you’re staging it and what makes it ‘fringe’?

L: So we are setting it in traverse as the play is set in Hen’s bedroom for its entirety. We did traverse because it’s meant to feel intimate and slightly uncomfortable as you’re peering into something that’s so private. You noticeably feel like you shouldn’t be there, but you are there. Also, because it’s about their relationships, you don’t need to have set change and x, y and z because it focuses on that dynamic between them. The simplicity of the staging is to show that dynamic.

E: And that’s why it’s a fringe as well, not an inhouse.

L: The auditorium is too big.

E: We want a small capacity.

L: To focus in on that action. The facial expressions they give, the way they say the language. If you weren’t sitting that close you wouldn’t get it. And it’s so gorgeous that it was be a shame to be missed.

“there’ll be something for everyone to connect to and understand.”

D: What’s it been like, working with such a small cast?

L: It’s been so fun! Just us four girls! Lily and Ace are so creative and adaptable and bring so much to us that it’s more a discussion of how we can put it together rather than ‘Okay, you sit there and you do that’.

E: Which is helpful because we knew that that was how we wanted to work, anyway. I’m very much of the opinion that your actors have to bring stuff to you and it’s your job to bring stuff out rather than telling them exactly where to go and where to stand. I think that’s how you create artificial movements on stage.

L: I feel like, as it is naturalism, we need them to be as naturalistic as possible.

E: But they’re so great; they’re so easy. We [the crew] literally haven’t done anything.

L: They were already friends, but they weren’t close. They were in a play together but it was quite a large cast so they knew of each other and could talk to each other comfortably. Since being in this they’ve just thrown themselves at it and I think they’ve become quite good friends now!

D: So it’s almost like they’re not acting anymore?

E: Yeah! Which is what I wanted.

L: They’ve done exactly what we asked. They’ve adapted the characterisation with elements of themselves but at the same time, they are acting. That’s why it’s so nice to watch, because it’s so believable. I’m so gassed!

D: I can definitely tell it’s your passion project. You’re both so excited!

L: I think we are just so shook at how well it’s going. We are in such a great position for a week before opening night. The process has been really easy, which sometimes just doesn’t happen. Sometimes there’s ups and downs. It’s definitely helped, having a small cast, because there’s not that many people to organise.

E: We are so biased, though. We are watching scenes and I just start smiling! I think ‘No, Emily! Be a director!’.

“She [Lydia] struggles to accept and come together with her feelings, but I feel like there is a progression there, throughout the play, you see her develop and grow.”

D: Could you tell me a bit more about the characters individually?

(We see the actors out the window)

E: They’re there! You can ask them! Come here!

D: This is the most chaotic interview I’ve ever done!

E: Tell us about your character!

A: Hen is an extroverted drama student who doesn’t know what she wants and is a little bit selfish.

A: Who’s in lurrrve.

L: -who puts her best friend on a pedestal, idolises her in some ways and is quite repressed. She struggles to accept and come together with her feelings, but I feel like there is a progression there, throughout the play, you see her develop and grow.

D: In a couple of sentences, why should people come and see this show? Be as biased as you like!

L: No matter what your sexual orientation is, it’s the actual connection that you have with another person that we all go through at some point. It might not be the whole of the play, but there’ll be something for everyone to connect to and understand. That’s why they should come and see it!

It’s an awkward truth. Watching it you’ll be like ‘Oh! That makes sense now, because I did that.’ And I just think that everyone needs to see it, because we don’t talk enough about our relationships. We get awkward about and maybe seeing this play will get them talking about their own relationship.

E: I think, as well as that, for me, when I was writing it, it frustrates me that in theatre and TV and film, that conversations are so open. That doesn’t happen! It never happens! A big thing about the play is the girls never actually really say anything straight to each other. It’s through subtext and all of that. I think it’s interesting to watch what I hope to be a genuine reflection of relationships.

L: It’s not that long! There’s actually a lot of humour in it. It’s a bit heart wrenching, but not heavy or devastating. It’s a nice insight into something that everyone goes through.

Kiss My Neck Not My Lips will be showing at Nottingham New Theatre on Monday 16th March and Tuesday 17th March. There are two shows per night, starting at 19:30 pm and 21:30 pm. Tickets available here.

The Best of the Irish