With equal parts beauty and brutality, Dark Souls III has provided one of the most memorable gaming experiences of recent years. If you’re going to give this one ago, be prepared to die. A lot.

FromSoftware’s 2016 title received much critical acclaim upon release. And now that I’m finally getting to it – four years later – I can certainly see why. For all of you unfamiliar with the Soulsborne series, the games follow various unnamed protagonists as they attempt to navigate several crumbling kingdoms. Plot-wise, it gets a little more complicated.

Hidetaka Miyazaki relies heavily on environmental storytelling in his Souls games. There are minimal exposition dumps and cutscenes. You pick up what you can as you converse with NPC’s and interact with items across the landscape. And it works. Perfectly. I’ve never been so tuned into what’s happening onscreen.

You will die. The game gives you two options: adapt to a smarter playstyle or throw your controller across the room in a fit of all-too-real rage.

Though it’s tempting to go with the latter, I’d stick with it.

Storytelling aside, you’re probably wondering about the gameplay, right? Well, I’m pleased to say that Dark Souls III offers one of the most rewarding combat-systems I’ve ever encountered in a videogame. But before you get stuck in you’ve got to figure out what kind of playstyle suits you best. It may take a few tries, but I’d recommend that you look up the different builds on YouTube to see which one you’d like to start the game as. For newcomers to the series, the ‘Knight’ and ‘Warrior’ classes are probably the easiest to adjust to, as they favour a more head-on combat style. Classes such as the ‘Mercenary’, with a higher dexterity, take a little more finesse to handle. This isn’t your regular hack-and-slash RPG. 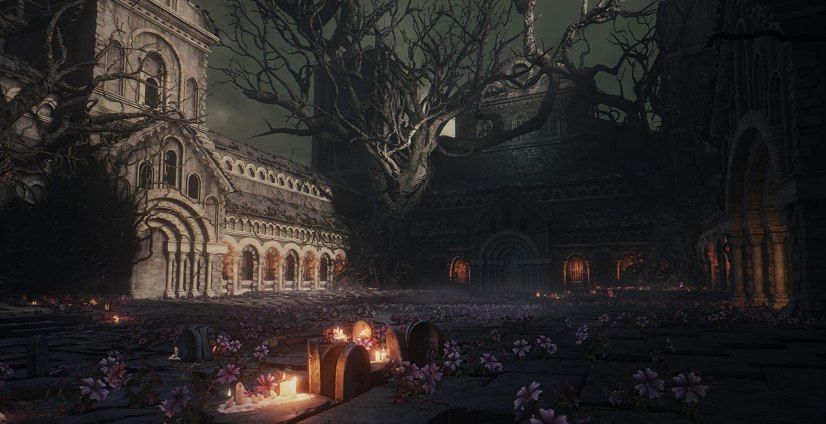 After you’ve got that sorted, it’s time to address the elephant in the room. The head-banging difficulty of the Soulsborne series. Well, it certainly isn’t absent here. You will die. The game gives you two options: adapt to a smarter playstyle or throw your controller across the room in a fit of all-too-real rage. Though it’s tempting to go with the latter, I’d stick with it. It’s tough but fair. It’ll make you wary of certain enemy types – but that only adds to the overarching tension of the game. Once you’ve beaten a boss after ten attempts, you’ll be fist-bumping the air and screaming like a toddler.

Trust me, I’ve been there.

Now for the landscape of Dark Souls III. It’s gorgeous. It beautifully melds together Medieval fantasy and the Gothic. Sprinkle in some Lovecraftian-style monsters and we have something that is pleasurably dark and, at times, disturbing.

Since you’ll probably spend quite some time indoors over the next few months, I’d certainly recommend that you check this out. It’s an easy way to fill hours of time in self-isolation. And a gratifying one at that.

Featured image and article images courtesy of  From Software via IMDb.  Image use license here.

How the Tables Have Turned