If there is one TV show that could distract me from being in lockdown during a pandemic, it’s Killing Eve. Although the second series, written by Emerald Fennel rather than Phoebe Waller-Bridge, felt rather slow and lacklustre, the trailer for the third series suggests the show might be capitalising on the strengths of its first series.

The only text in the trailer, ‘obsession never dies’ not only alludes to Eve and Villanelle’s mutual obsession for one another, but the audience’s obsession with watching this play out on-screen. The biggest question for the third series is whether the show can continue to captivate audiences with its cat and mouse chase between MI6 operative Eve (Sandra Oh) and assassin Villanelle (Jodie Comer).

As I didn’t enjoy the second series as much as the first, I struggled to remember what actually happened and suspect that the first episode will serve as a catch-up for audiences. If the trailer is anything to go by, the show seems aware of its need to capitalise on Villanelle and Eve’s chemistry, making clips of the two characters the focus of the trailer.

“I still enjoy watching the series in seeing several well-developed female characters in central roles, particularly Villanelle as the assassin. “

The trailer opens in the safe territory of Villanelle’s exuberant and lavish lifestyle- her sartorial choices are another highlight for fans, and we see Villanelle wearing a floral vampire dress. Her opening the windows of an extravagant house to mock opera sing implies she is indeed happy without chasing Eve, paired with Villanelle’s voiceover: ‘When I think about my ex today, I realise I’m so much happier now she’s dead’.

Even without the subsequent clips of Eve asleep and evidently alive, the audience is already aware of the irony of Villanelle’s speech – at the start of the third series she must think Eve is dead. But Killing Eve wouldn’t work without its two protagonists, so it’s no surprise to anyone that Eve is in fact alive. 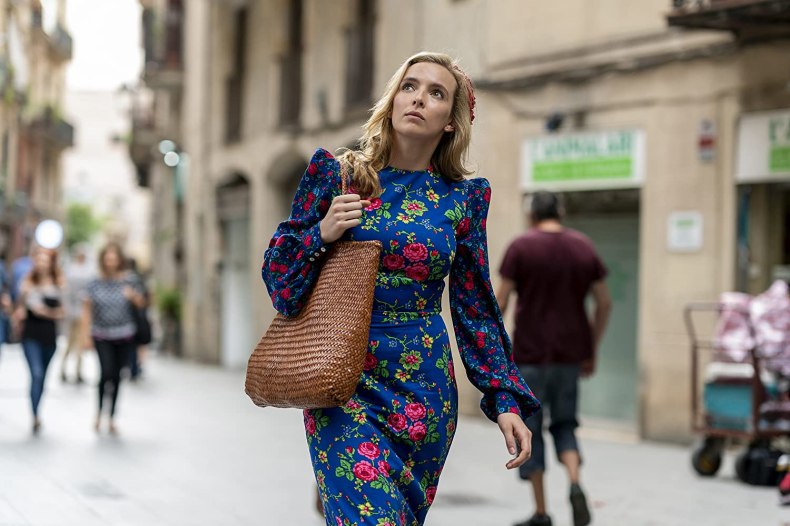 Whilst the show has come under criticism for queer-baiting its two protagonists, I feel the show goes beyond homoeroticism with Villanelle’s canonical bisexuality and I still enjoy watching the series in seeing several well-developed female characters in central roles, particularly Villanelle as the assassin.

The show has always managed to mix the violence and darkness of Villanelle’s assassinations with touches of comedy and dark humour. When Eve awakes, we see her scream and expect a horrific sight – instead we get Kenny, suggesting the third series follows on directly from the second.

I think the trailer also does a good job of teasing an awful lot without revealing much of the plot, drawing audiences in. Much of the trailer is comprised of incredibly brief clips, perfectly synchronised with the tense classical soundtrack. These clips may well allude to key new characters or moments in the third series –  we see a car driving along a dirt track and later a woman walking along a dirt track, then Nico, Eve’s long-suffering husband, driving. I suspect all of these are linked. I’m interested to see how the show will keep Nico involved with the rest of the plot given he feels extraneous at times. We also glimpse several new characters: from an older man in glasses, to a woman in a tracksuit, and two rather terrified women. 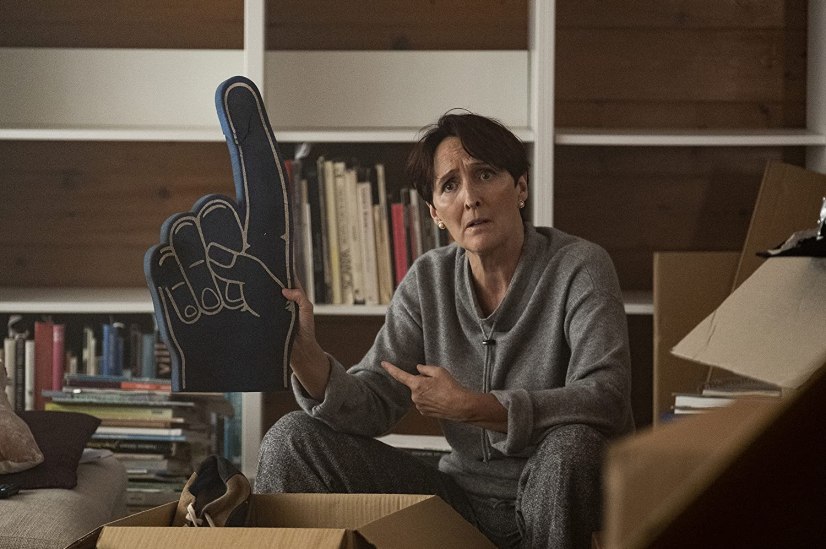 The trailer also emphasises the original premise – the cat and mouse game between Villanelle and Eve, two polar opposite women, by placing contrasting moments of the pair side by side. We witness Villanelle in her vampire dress strolling carefree compared to Eve looking grey and downtrodden amongst a crowd in her extremely plain clothes. We also see Villanelle triumphantly dancing around her apartment, immediately followed by Eve sat on the floor beside Kenny with her head in her hands.

A few of the trailer’s teases seem easier to unpick – we glimpse Villanelle in one of her disguises, dressed up as a clown and holding a knife, followed by a gymnast, who may be on Villanelle’s hit list. However, other clues seem less obvious – the camera pans to a woman reading Vixen’s Bite behind Eve on a bus- could this have a connection to a new mission or simply be a title reminding Eve of Villanelle?

“The trailer also emphasises the original premise – the cat and mouse game between Villanelle and Eve, two polar opposite women, by placing contrasting moments of the pair side by side.”

The trailer also seems to promise a fast paced and action packed third series as we witness a blur of clips. I had to pause the trailer several times to catch each teaser: a masked figure, a house exploding into flames, Eve running through a building, several clips of police, an extremely brief glimpse of a garden where a middle aged woman is running and screaming followed by a girl in a rain-mac and hat who looks rather like Villanelle…

Of course, the trailer also hints at a few of Villanelle’s disguises, from a dark wig and delivery person outfit, to the clown outfit repeated at the end of the trailer. My favourite moment of the trailer came towards the end, with the clip of a pink teddy bear with an audio recording by Villanelle for Eve inside. There’s something sinister and characteristically Villanelle about it, reminiscent of the dress, flowers and knife lipstick gifts Villanelle leaves for Eve in series one and two.

Season three of Killing Eve will be released on BBC iPlayer in the UK on 13th April and will show on Sunday evenings from 19th April – if you can somehow resist watching the entire show on iPlayer!

Featured image and article images courtesy of the British Broadcasting Corporation (BBC) via IMDb. Trailer from the BBC via YouTube.

Inside the Questionable World of Wildlife Tourism