What “American Horror Story: 1984” Strives To Teach Us About The Passage Of Time

The world’s most popular horror anthology series has taken its viewers on a variety of journeys over the last ten years. From power-hungry witches in New Orleans, to ghost colonies butchering farmhouse owners in North Carolina, American Horror Story has highlighted both the bright and dark sides of the human condition.

2019 saw the show’s latest installment bursting onto the scene. American Horror Story: 1984 follows five young Californians as they get counselling jobs at a peculiar location known as Camp Redwood. They get way more than they bargained for. Their new picturesque office swiftly comes under attack from a deranged knife-wielding antagonist known as Mr. Jingles, who has accumulated psychological trauma after fighting in the Vietnam War. There is also dissension within the group of counsellors themselves, along with a vengeful attack planned on a murderous character who had previously been able to get off scot-free. 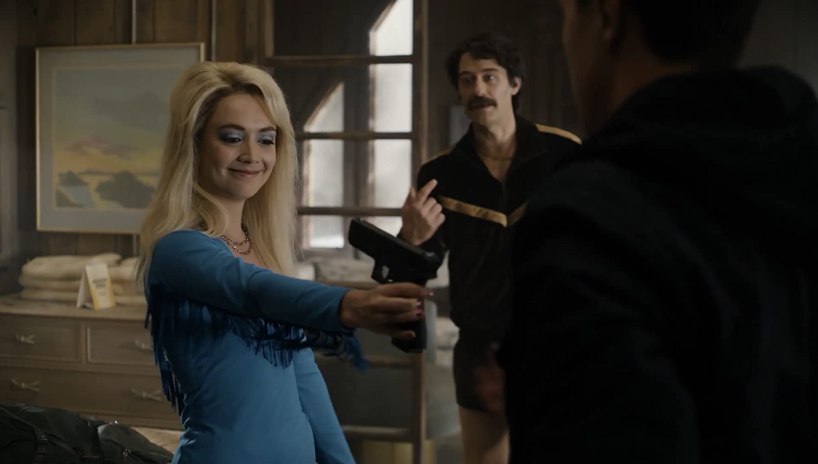 Over the span of nine episodes, we see multiple characters develop their outlooks and moral compasses between the years of 1984 and 2019. 1984 is the year they enlist at Camp Redwood and experience the brutal massacre at the hands of Mr. Jingles. 2019 is the year Mr. Jingles’ son visits the site to try and gain answers on his familial heritage.

We see supposedly innocent characters turn out to be astoundingly nefarious. We see characters, initially corrupt, burgeon into altruistic individuals who atone for their behaviour in the past. We even see murdered counsellors unexpectedly become spirits doomed to haunt the grounds of Camp Redwood for all of eternity.

If American Horror Story: 1984 can teach us one thing, it’s the salience of being present. Youth is gifted to us only once

The most interesting thing about the season – as if an amalgam of plot twists isn’t enough to keep us on our toes – is the theme many viewers have failed to pick up on. Yes, there is blood and lots of it. There is also a profound emphasis on the nuances of sociopathy. But, indisputably, the most fundamental theme within American Horror Story: 1984 is lost time.

Most of us at university haven’t even reached our mid-twenties yet. For many of us, the prospect of passing an age when the act of wearing crop tops simmers into social suicide and grey hairs become commonplace for us is a distant one at that. For some of us, the future is thought of with a rose-tinted hue. We fantasise extensively about our graduation, our wedding, our first child.

Despite some of the characters’ dodgy moral compasses in American Horror Story: 1984, many of them have an endearing side to them. When the season kicks off, they are young, open-minded, excited for what might happen in the latter half of the 1980s and they feel ready to grab it by both of its horns. Montana Duke (Billie Lourd) cherishes the trend of aerobics. After being stabbed by Brooke Thompson (Emma Roberts) in self-defence in 1984, she becomes one of the many spirits trapped in Camp Redwood. When she later learns the social adulation for aerobics faded after the 1980s ended, she grows rather wistful.

Indisputably, the most fundamental theme within American Horror Story: 1984 is lost time.

Elsewhere in the season, Brooke Thompson’s imprisonment after being falsely accused of massacring those at Camp Redwood serves as a plaintive part of the wider narrative. After being saved from execution in 1989 by PhD student Donna Chambers (Angelica Ross), Brooke confides in her. She expresses pain at the fact she’s experienced the latter half of the 1980s on death row, and never got to see the roller rinks before the brunt of them vanished from the American streets.

Perhaps, however, the most plaintive scene of all is in the final episode of the season. After saving Mr. Jingles’ son Bobby (Finn Wittrock) from a weapon-wielding Margaret Booth (Leslie Grossman), apparition Montana Duke tells him to escape from the place while he can. “Don’t forget us,” she says solemnly. “Tell our ghost stories to your children and we’ll live on forever. The ‘80s will never die.”

Heeding her warning, Bobby absconds from a now-derelict Camp Redwood and upon looking back at it, sees the apparition of his father and grandmother who, like Montana, died on the campgrounds. They smile at him and a soul-piercing, unspoken conversation transpires between them all. 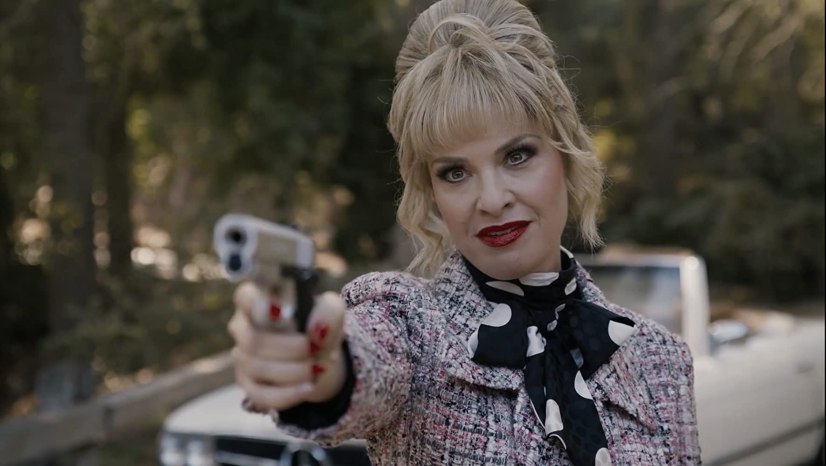 The characters’ regret for the time lost is enough to make anyone cry. With 1980s nostalgia becoming widely distributed among television shows these days, our generation is feeling sentimental about a time we were never even part of. How must the older generations feel? Seeing the regeneration of neon shirts, double-denim outfits and cassette players must serve as a deceptive path to a time no longer tangible. The regrets over endeavours that never came to fruition must sting like acid. Meanwhile, the memories of events experienced must play out with an inherently melancholy haze.

If American Horror Story: 1984 can teach us one thing, it’s the salience of being present. Youth is gifted to us only once. We never know how tomorrow may unfold, and time never tires. It will always beat on, unstoppable, immutable. If we do not harness the magic of self-awareness and ground ourselves in the present, the 2020s will fly by like planes in the night sky.

We have the power to make the 2020s glisten. We have the power to maximise our youthful years and live nomadically, beautifully, purposefully, unapologetically, wholly. There are university parties to be had. Careers to be experimented with. Men to be kissed. Women to be loved. New trends to be hated and eventually adored.

Regrets germinate only when we give them the variables to do so. It might be depleting, but there is still time to live life to the fullest, before we become wistful Camp Redwood-type apparitions ourselves.

To Catch a Songbird: Why Finance Is Fuelling a Destructive Indonesian Trend