How Have Different World Leaders Coped With COVID-19? 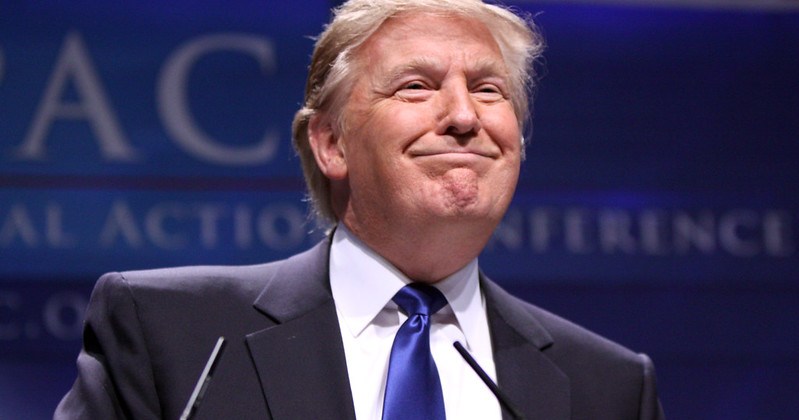 There are many factors which make it difficult to accurately compare the responses of individual countries to the global COVID-19 pandemic, such as population size and population density. However, there have been undeniable shortcomings in the US, whilst Taiwan is a textbook case study of how to cope in a pandemic.

Taiwan, whose leader is Tsai Ing-wen, has been credited with having one of the most effective and fastest responses to the corona virus. Despite it having a population of 23.6 million and a population density of 652 people per km2, which makes it the 17th most densely populated country, its number of cases have stayed well below the 1,000 mark. In fact, by the 28th of April, it had only 429 confirmed cases and 6 deaths. This date also marked its third consecutive day without reporting any new cases. Thus, this shows how brilliant Taiwan’s strategy has been. A combination of experience and acting early is behind their success.

Taiwan began its fight towards reducing the spread of the coronavirus as early as January, at a time when it was believed that social distancing and screening travellers was unnecessary. Like South Korea, another country that has been applauded for its response, contact tracing and widespread testing were deployed. Other measures included travel restrictions and stringent public hygiene measures imposed in early January. Around that time, President Tsai also activated the Taiwan Centre for Disease Control. Therefore, the country was one of the first nations to begin acting against the virus.

Experience learnt from nearly two decades ago has helped Taiwan be more aware of the best tactics.

The 2003 SARS outbreak that hit east Asia led to the Taiwanese administration being better prepared for an outbreak such as this. Experience learnt from nearly two decades ago has helped Taiwan be more aware of the best tactics. It could be argued that Taiwan’s strategies have been Draconian, but they have resulted in a very small death toll and they have received appraisal from abroad.

Taiwan’s affordable health care system was introduced in 1995. Its system is provided through a nationwide insurance scheme and its citizens pay tax towards it based on income.  In addition, it has excellent coverage as most treatments and diagnoses are included. Another factor that has aided Taiwan in its effort to reduce the impact of the virus is how centralised the healthcare system is. Thanks to cooperation between hospitals and the state, hospitals were dramatically transformed to minimise the spread of COVID-19. Health care teams are reduced so that transmission between patients and medical staff is slowed down. Coronavirus test kits are provided free of charge, which means that citizens are conscious of their health and can limit community transmission. It is certain that an affordable health care system, which is efficiently operated, mitigates the effects of coronavirus.

Trump’s actions will potentially lead to massive economic damage, as well as deaths that could have been prevented

One leader that cannot be ignored during this pandemic is Donald Trump. The US has had 1,469,170 cases and 87,653 deaths as of the 15th of May. The worst hit state is New York. Boroughs Queens and Kings have had the most deaths: they have recorded 4,213 deaths and 4,194 deaths (data updated on the 6th of May on the John Hopkin’s website), respectively. This could be explained by the high population density, which is 10,947 per km2. However, Trump’s actions will potentially lead to massive economic damage, as well as deaths that could have been prevented.

Trump announced that he would stop funding the WHO on the 14th of April, a decision that should not be made during a global pandemic when it is vital to cooperate and research globally. Most likely, Trump decided to withdraw from funding the WHO to distract the world, and his voters, from his own blunders. His justification for this decision is that the organisation was not responsive enough to COVID-19, and that they did not sufficiently criticize China. However, Trump’s own actions have been insufficient, and they fuel the belief that Trump is an incapable leader.

It seems that his main concern does not lie with COVID-19, but instead with destroying his political opponents. As usual, Donald Trump used Twitter as his political megaphone. In a series of tweets, he openly encouraged lockdown protests, in which protestors have called health workers “traitors”. Some of his tweets included: “LIBERATE MINNESOTA”; “LIBERATE MICHIGAN”; “LIBERATE VIRIGINA”. It is no coincidence that these states are Democrat-controlled, and that many protestors are Trump supporters and second amendment defenders. (On a side note: guns have been deemed an essential good; gun shops remain open because what is life without a firearm?). His aim is to undermine democrat governors and to maintain his Republican fanbase by using the restrictions that have been put in place to protect people, against his opponents.

Trump’s lacklustre response will cost the US economy massively, and could potentially mean a second Great Depression

Further criticism has come from Joseph Stiglitz, an expert economist. He believes that Trump’s lacklustre response will cost the US economy massively, and could potentially mean a second Great Depression, with unemployment reaching 30%. Currently, up to 30 million American citizens have already filed for unemployment. As well as the sombre economic future awaiting the US, there is no measure in place to provide sick pay. This drives people in fragile and uncertain situations to continue going to work despite the pandemic.

In fact, 32 million US workers do not receive paid sick leave: most of which are low-wage workers. Unsurprisingly, this allows COVID-19 to spread. In contrast, other nations have been providing pay for workers so that they are encouraged to stay at home, in turn protecting lives. For instance, in Finland workers will be paid in full. Similarly, employers must pay their employees their usual salary and cannot force them to use up their holiday leave in the Netherlands.

The absence of national healthcare insurance exacerbates the spread of the Coronavirus. Healthcare inequalities mean that people cannot access the treatment or testing that they require so end up getting seriously ill, dying, or spreading COVID-19 to more people. It is the epitome of inequality: the Coronavirus is affecting people worse in difficult financial and health situations.

The question is how has Trump’s response affected his political standing? Rather badly, in fact. Only 50% approve of how Donald Trump has dealt with the pandemic, and an even lower 37% think that he has shown strong and effective leadership. A recent Gallup poll revealed that his overall approval rating is only 49%. Tsai’s ratings have soared thanks to her successful efforts in managing the virus. A survey by the Taiwanese Public Opinion Foundation in February recorded her support at 68.5%. At the end of 2018, her ratings were very low at 24.3%, which shows a massive surge of confidence in her leadership abilities. Overall, 85% agreed that her government can control the virus.

Featured image courtesy of  Gage Skidmore via Flickr. No changes made to this image. Image license found here.