Ignorance Towards a Global Affliction? It’s Nothing New 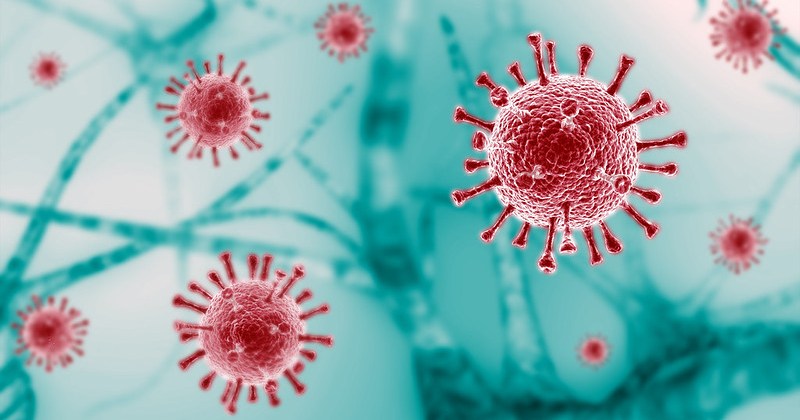 Despite COVID-19’s lethal capabilities, as well as the threat the virus poses, innumerable people in the Western world are disregarding lockdown rules. It’s an act hauntingly akin to one committed in the 1980s, and it’s evident we aren’t taking the outplay of past events on board.

Across Britain’s green spaces, floods upon floods of people can be seen ignoring state-sponsored advice to socially distance themselves. Throughout the US, hordes of angry business owners and Constitution-wielding patriots are protesting the order to stay home, with some even believing the COVID-19 virus is “like the flu” and more shockingly, that the death toll surrounding it is has been falsified.

Proprietor Diane Ventura even alluded to the idea she has divinely ordained immunity. She told an ITV News correspondent, “To the officials, I say I don’t believe your science because I believe my God”.

The sheer ignorance towards a virus that has killed over 258,000 people worldwide (as of 6th May 2020) is certainly infuriating. But for anyone who has looked into the history of global afflictions and the reactions to them, such rejections of common sense ignites little to no shock.

In April 1980, San Francisco resident Ken Horne was reported to the Centers for Disease Control and Prevention after having contracted and died from Kaposi’s Sarcoma. It’s a rare form of cancer that develops in the cells of the interior lining of lymph and blood vessels and stains the skin with purple lesions. In June 1981, an American medical journal noted that rare lung infections had been found in five previously healthy gay men in Los Angeles.

Dots were then connected. Horne’s Kaposi’s sarcoma and the five gay men’s lung issues were confirmed to have stemmed from a relatively new, belligerent illness. A year after his death, Horne became the first person to be diagnosed with Acquired Immune Deficiency Syndrome (AIDS) in the US.

Officially given its name in September 1982, AIDS is a syndrome that results from a compromised immune system and leaves its hosts susceptible to fatal infections. It has killed over 32 million people worldwide (as of 2018), according to the World Health Organisation.

Initial reporting on what would become a full-blown epidemic for the gay and transgender communities was scarce. In a 1985 production of Larry Kramer’s play The Normal Heart, shocking statistics on media coverage were painted on the walls of the theatre. More than thirty years later, they’re just as displeasing.

The 1982 Tylenol “crisis” saw seven poisoning-related deaths from the eponymous drug. In the three months it lasted, The New York Times reported on the situation a total of fifty-four times. When it came to AIDS, however, The New York Times reported on it just seven times in the first nineteen months of the epidemic. This was despite the fact 958 cases of AIDS had been reported in the US by February 1983.

It was later on in 1983 that Anthony Fauci (a physician and immunologist from the National Institutes of Health) claimed AIDS could potentially be spread by “mere touch”. Recognising the non-discriminatory nature of the syndrome, in his Journal of the American Medical Association editorial, he said, “AIDS takes on an entirely new dimension [and if] the possibility that nonsexual, non-blood-borne transmission is possible, the scope of the syndrome is enormous”.

We now know AIDS cannot be transmitted via “mere touch”. It develops after exposure to Human Immunodeficiency Virus (HIV) – an ailment that can be picked up via contact with infected bodily fluids such as semen, blood and breast milk.

Despite the fact they were misinformed, Fauci’s comments generated a profound shift in America’s line of thinking. People finally began to understand the virus did not just have a proclivity for infecting gay men and transgender individuals, but anyone who had the misfortune of being exposed to it. A disease once labelled as “gay cancer” suddenly became atrociously tangible for every American, and immense paranoia broke out.

During the first ten months of 1984, The New York Times reported on AIDS forty-one times – a stark contrast with the seven reports it had put out previously. Meanwhile, American Congress finally devised an action plan and sanctioned $12 million worth of research into the syndrome.

The labelling of AIDS as “gay cancer” and the ignorance towards it undoubtedly sprang from homophobia. Since a community already marginalised appeared to be the only ones dying from AIDS, it was mainly those who belonged to other cohorts who sat comfortably in their ignorance.

But even from within the gay community, complacency in health was ripe

But even from within the gay community, complacency in health was ripe. In his 2014 memoir Body Counts: A Memoir of Activism, Sex and Survival, magazine editor Sean Strub recalls the attitudes of gay men in the early 1980s. Many refused to wear condoms, nonchalantly saying, “If I get it, I get it”. Upon visiting a doctor, sexually active Strub was told not to worry about copulating with men unprotected: “Just be a Boy scout and wash up after you have sex, and you’ll be fine”.

The advancements in Western medicine allow us to subscribe to the illusion that all is curable. Even if we do not believe all is curable, many of us believe all is at least treatable and therefore, afflictions such as AIDS and COVID-19 can’t profoundly affect us. We may even place our faith in untouchable deities like businesswoman Diane Ventura, or think certain cohorts are pretty much safe from acquiring illnesses.

But like AIDS, COVID-19 does not discriminate. Many young people who have seemingly been living healthily have fatally succumbed to the affliction. There are now reports children are developing symptoms of an illness that may be connected to the virus that has brought the world to a standstill.

One would think with an extensive history of AIDS at our fingertips, we’d have learned our lesson about ignorance towards global afflictions by now. It seems, however, complacency in health is a stain on our DNA no amount of educating will remove.

Featured image courtesy of  PressReleaseFinder via Flikr. Image license found here. No changes were made to this image.