Is Nationalism the Answer to Fighting Coronavirus? 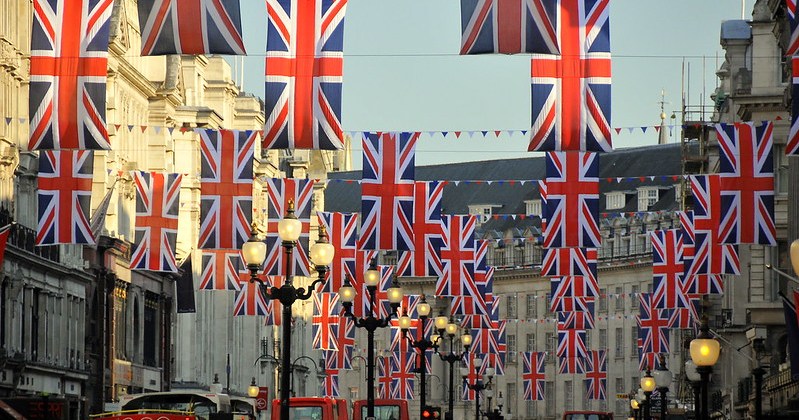 ‘Other than rationing – which we don’t have – it all feels very similar, really.’ Said our very own Captain Tom, a 96-year-old neighbour, former royal correspondent at the Telegraph and World War II veteran. Still, Tom walks four miles a day to keep healthy and (before lockdown) would make daily rounds of the local coffee shops to flirt with the waitresses. In Nero, he never pays a penny. So, when we organised a socially distanced VE day party and all went outside to ‘clap for Tom’ at 4 o’clock on Friday, he wasn’t going to miss it. Tom emerged from his house, prosecco in hand, proudly wearing his medals and beret, ready to share the tales of the war and tell us about where he was 75 years ago.

At one point, the question started circling ‘would we have done this if it weren’t for coronavirus?’. Of course, it was obvious that we had little better to do on a sunny bank holiday than drink Pimm’s and eat scones on our driveways. But would we? Some were optimistic, pointing out that we had thrown a street party for the Jubilee in 2012, but I wasn’t so sure. My dad joked later on that there were neighbours who had lived a few doors down from us for two years who he hadn’t seen until the Thursday clapping had started, a month ago.

Six months ago, we had just had a general election. The country had finally reached a decisive point in five years of divide. Brexit was confirmed, but this fact did not bring the two sides back together. The Brexit conflict was one that divided families, left friends refusing the speak to each other and communities bisected by political ideology. This was not remedied by the rising demand for climate action that split the country across generations.

The fear of losing our loved ones has made us, as a country, realise what is truly important

How many of you have thought about Brexit since the pandemic struck? It seems a distant, irrelevant memory. The people who had Conservative banners and Brexit posters shrouding their houses last year join us for the Thursday clapping (I see this as hypocrisy, but that’s an issue for another day), and the fear of losing our loved ones has made us, as a country, realise what is truly important.

Would Britain have won the war if it wasn’t for the unity in identity that nationalism brought?

VE Day struck me with a dilemma. With everything in red white and blue, we were celebrating our country’s victory in a war that was a very long time ago. ‘We’ didn’t win the war any more than modern day Germans’ lost it. It all seemed like more toxic nationalism that could only end in more division and resentment. To me, I’d always viewed nationalism as a route to fascism. But then, would Britain have won the war if it wasn’t for the unity in identity that nationalism brought?

I hated that the whole thing was about being proud of being British. And yet, isn’t that exactly what we need, now? In the last few months Britain has banded together in a way that has not been seen in generations. As a result of technology; as a result of Brexit. If, as a country, we had remained as divided as we were six months ago, would there be any hope of pulling through this global crisis without chaos?

Perhaps in an age when our biggest political problem is one about whether we are better off in or outside the EU (and as of yet, it appears to have made little difference) it is easy to condemn nationalism. Why do we need to feel like a country when we could be celebrating a more global world? I made this exact argument in Impact’s identity issue, in January.

Nationalism can sometimes be the thing we need most

However, without a sense of shared identity, if the country had remained as divided as it was six months ago, would there be rainbows in the windows of every house? Would communities be going out of their way to prioritise key workers? Would the elderly and vulnerable be getting cooked meals and groceries delivered to their doors by members of the community? Would the British Red Cross have been so overwhelmed by the number of volunteers to sign up for the ‘community reserve’ scheme that, even in the face of a global pandemic, they don’t know how to use all of them? The answer is probably no. My point is, I have been enlightened to the fact that, in its most harmless and least destructive form, nationalism can sometimes be the thing we need most.

With the national effort that has gone into making scrubs for health care workers, PPE equipment, masks for those working behind the tills, somehow nationalism seems to be (in rare and ‘unprecedented’ situations) invaluable. In crisis, a country needs a common identity to accommodate for the sense of community and national effort that we have experienced in the recent months. I once said there is no place for nationalism in the modern world. But, when faced with a dangerous enemy, or virus, that threatens our way of live, there is no choice but to (in the famous words of Winston Churchill) ‘go forward together’.

Featured image courtesy of raghavvidya via Flickr. Image license found here. No changes were made to this image.

In article image courtesy of @ChrisBarnardDL via Twitter. No changes were made to this image.