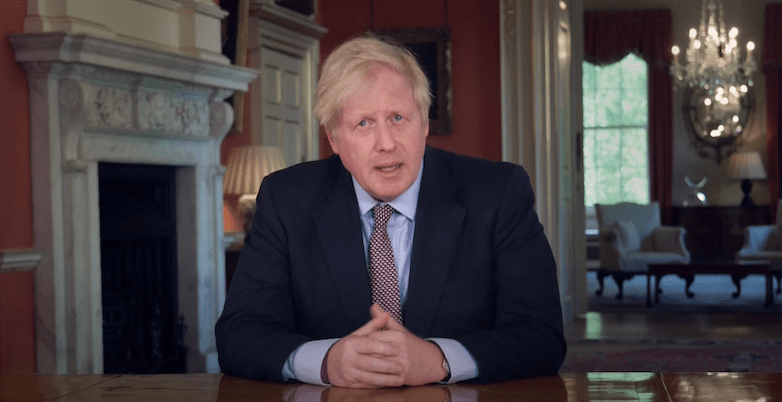 In a speech on Sunday evening, Boris Johnson unveiled a “conditional plan” to restart the economy and ease lockdown restrictions in England.

As part of a three-step plan beginning from Monday, people in England who “can’t work from home” will be “actively encouraged to go to work”. In order to protect workers, public transport is to be avoided if possible due to social distancing measures, and the government is working on guidance for employers to make workplaces “Covid-secure”. This is likely to include staggering shifts, rethinking how equipment is shared and planning safe walking routes for staff – in offices, on factory floors and at building sites. Additionally, “unlimited exercise” will be allowed from Wednesday as opposed to just one hour, as was previously the rule. Johnson stressed that social distancing guidelines are still to be abided by during these excursions.

“This is not the time simply to end the lockdown this week. Instead we are taking the first careful steps to modify our measures.”

He hoped the next step “at the earliest by 1st June”, would be for some primary pupils to return to school in England. The reopening will begin with the youngest pupils in Reception and Year 1, as well as those approaching the end of their primary education in Year 6. He also announced that secondary pupils taking exams next year may ‘get at least some time with their teachers before the holidays’. In his address to the nation, Mr Johnson additionally announced that this stage would involve reopening shops – but he cautioned this would only happen if supported by science. “Throughout this period of the next two months, we will be driven not by mere hope or economic necessity”, he asserted, “but by science, the data and public health.”

“If the numbers support it”, the third step could see some hospitality businesses and other public places reopen, but it was stressed that this will not be earlier than 1st July. Firms will only be allowed to reopen if they comply with the aforementioned “Covid-19 Secure” guidelines, which are to be released in detail shortly. The PM added: “This is not the time simply to end the lockdown this week. Instead we are taking the first careful steps to modify our measures.”

The government have announced that greater clarity will follow in upcoming days to help mitigate such confusion.

These steps form part of a “first sketch of a roadmap for reopening society”, and are to be accompanied by a new slogan which synopsises such changes and marks England’s move into the next stage of recovery. “Stay alert, control the virus, save lives”, encourages people to stay home as much as possible, continue to social distance at two metres apart when outside, and limit contact with people outside their household. The phrase was however, met with much criticism; being coined “vague and imprecise” by Scotland’s first minister, Nicola Sturgeon, and criticised for lacking “real clarity” and a “sense of consensus” by Labour leader, Keir Starmer. The government have announced that greater clarity will follow in upcoming days to help mitigate such confusion, and a 50-page document has since been released seeking to answer many of the questions raised by the speech.

The announcement of a COVID Alert System with five levels was announced to govern how quickly these lockdown restrictions could be eased. The current threat level of the pandemic will be categorised on a scale of one to five in different parts of the country, based on assessments by a new “joint biosecurity centre”. The system is designed to mirror the independent terror alert system, which ranks the threat to the public from “low” to “critical” and helps decide what protective measures are required. “Over the period of the lockdown, we have been in level four”, Johnson revealed, “and it is thanks to your sacrifice we are now in a position to begin to move in steps to level three.”

Experts have said that keeping R below 1 – meaning one person with the virus passes it on to one other person – is the priority.

At multiple points, however, Johnson stresses the conditionality of such actions – “it all depends on a series of big ifs.” The PM explained how the “R” number – the reproduction rate of the virus – would be crucial in deciding the speed at which the steps can be implemented. Experts have said that keeping R below 1 – meaning one person with the virus passes it on to one other person – is the priority. “It depends on all of us – the entire country – to follow the advice, to observe social distancing, and to keep that R down,” he said. 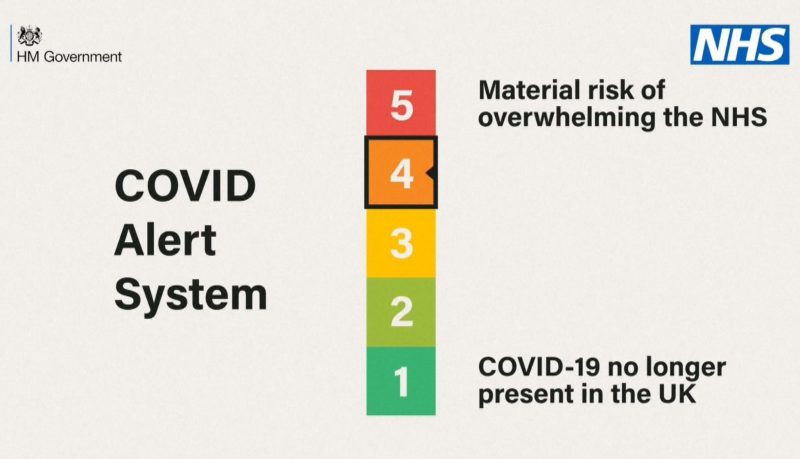 Whilst England’s measures have been set by the government at Westminster, Scotland, Wales and Northern Ireland have powers over their own lockdown restrictions. The leaders have expressed a wish to move forward as one, but they may do so at different speeds, with the Welsh health minister Vaughan Gething noting that there had not been a “four-nations agreement” on the new “stay alert” message and that the advice to “stay at home” in Wales was unchanged.

In a hopeful conclusion, Johnson announced his plans for British society as a whole to emerge on the other side of the virus, ‘‘more resilient, more innovative, more economically dynamic, more generous and more caring’. If and when this might be, however, depends on the collective actions of the public in upcoming months as we move towards the next phase of this invisible battle.

The Technology That Has Helped Us Cope In Lockdown