Searching For Mr Darcy: Rom Com Confessions From A Feminist. 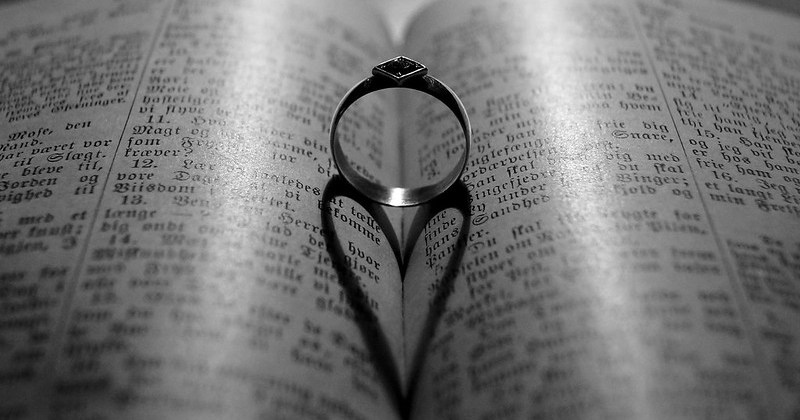 Daisy explores how the women in film and fiction have shaped her attitude towards relationships and being single.

It was a very saddening moment for me when I realised that my greatest fear, above anything else, is that I’ll never find love and get married. For many years, I’d look at the feminist narrative that slated the idea of the Disney princess and I’d roll my eyes.

I was utterly convinced that striving towards love as my primary goal in life was something fundamental to my genetic makeup and nothing to with the way society had raised me as a girl. It took me two particularly disorientating heartbreaks to convince me otherwise.

The entertainment industry are somewhat responsible for how I, as well as many other girls my age, fear reaching thirty unmarried more than we fear leaving university without a job

My obsession with an idealistic view of relationships was not written into my DNA: it was programmed into me by a society that says marriage is the only thing that gives a woman true happiness.

It was quite soon after the end of my most recent relationship that I discovered the error in my ways. I knew that the way I was feeling was much deeper than the loss of a boyfriend and was much more to do with my attitude towards myself than him.

Despite coming across as a very confident, self-assured and independent young woman, I had let the bulk of my self worth, identity and happiness rest on my love life.

I had let the bulk of my self-worth, identity and happiness rest on my love life

I couldn’t, and mostly still can’t, comprehend a future that doesn’t involve marriage. So, when it all came to an end, as teenage relationships mostly do, I had nothing left to work with. It wasn’t until after spending a year ‘working on myself’ (whatever that means) and making sure I wouldn’t let the same thing happen again that I watched a video by YouTuber ‘bestdressed’ about happiness in singlehood and realised that this wasn’t something unique to me.

The majority of films with a female protagonist fall under the Rom Com genre. Even in the minority that fall outside of this category, the overwhelming story arc leaves the protagonist’s ‘resolution’ as a romantic conclusion- a happy ending that almost always has something to do with her relationship with a man.

Even in dramas with empowering female leads, this seems to be the case; the last line of Suzanne Collins’ final Hunger Games book is Katniss finally telling Peeta that she loves him.

How, as a child, could I be expected to differentiate between what I saw on screen and what I wanted from my life?

When all the female characters who shaped me growing up, from Princess Jasmine to Katniss Everdeen to Bridget Jones ended their films with a marriage or a kiss, I couldn’t stop myself from viewing my life as a Rom Com where I would get married and then my movie would end.

It wasn’t until 2012 when Pixar released Brave that Disney created a princess who didn’t have a love interest in her film. Of course, there is absolutely nothing wrong with romance as a genre in moderation, but the significance lies in the overriding dominance of romance in films aimed at children. How, as a child, could I be expected to differentiate between what I saw on screen and what I wanted from my life?

Disney have an indisputable responsibility, as the world’s leading children’s entertainment provider, to shape the way girls view themselves. By making every princess film a love story, they let our generation down.

By letting romance dominate the females of fiction, women reach university age and realise that ‘there is no Mr Darcy’ and have to begin to rewrite their entire attitude towards relationships

We completely idealised these strong, second-wave women that we saw in Mulan, Jasmine and Belle that were everything we could aspire to be. But, until the likes of Merida, Elsa and Moana, we were fed no other alternative than that our ultimate resolution would be marriage.

So, this begins to explain why I view the romantic part of my life as more important than any other. This is how the entertainment industry are somewhat responsible for how I, as well as many other girls my age, fear reaching thirty unmarried more than we fear leaving university without a job.

In general, the pressure to do, create or 'be productive' can feel overwhelming- but none more so than at the moment- during a situation none of us could have ever prepared for. Even though we're lucky (and incredibly privileged) to be safe at home- it's knowing how to use your time without falling into blips of comparison or overwhelm, which we know all too well. . . It's easy to be sat on the sofa watching others tackle crafts you've never even thought of getting involved in, or doing online classes you'd never dream of doing; but use this time for you. Follow your own nose and loves with what lights you up in these dark times- you don't have to be an amalgamation of every fitness blogger you've never followed, and you don't have to become a pastry chef if you're happy kicking as you are. You are not the product of everything you did or didn't do today, but so much more. One bad day, or bad week doesn't mean a bad life. Tomorrow is a new day, and you can use this time however you want, as long as you're looking after number one. . . [One of our favourite quotes from The Insecure Girls' Handbook and one that feels so applicable to the times we're living in at the moment.]

I was raised on Jane Austen. With a mother who was married at twenty and a grandmother who shares more than a few similarities with Mrs Bennet, I was raised by women who had never got to the point of wondering ‘what if I never get married?’ and I don’t think it ever occurred to them that this question would be such an issue for me.

It’s no secret that Pride and Prejudice is still my favourite film of all time, as well as one of my favourite books. But, as a child, both through the family stories and the remarkably similar tales in the novels that I loved, I hadn’t considered anything other than the narrative of marrying my first love and the rest being history.

Of course, we have to view these books as products of their time, but this does not detract from the influence they can have on children. When I first watched Pride and Prejudice, aged six or seven, how could I have been expected to not idealise Mr Darcy, romance and marriage?

Until the likes of Merida, Elsa and Moana, we were fed no other alternative than that our ultimate resolution would be marriage

By letting romance dominate the females of fiction, women reach university age and realise that ‘there is no Mr Darcy’ and have to begin to rewrite their entire attitude towards relationships. For me, this is proving a long and arduous process that could have been avoided if I had some truly independent females in fiction to look up to. 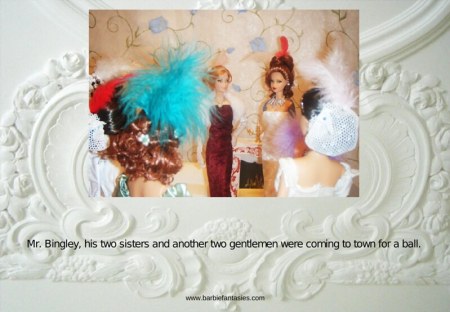 Even when planning my own novels I found it really hard to leave a female protagonist without a love interest at the end of a book. It felt like leaving a loose end untied; like her story wouldn’t truly be complete. But this is the exact message that the overwhelming dominance of romance has given me: that a woman can’t be fulfilled until she is wed.

I started feeling guilty with myself for watching the same films and still enjoying them and struggling to change the outlook on life that I’ve had since infancy. I’m the Guilty Feminist, if you like.

Of course, there is nothing wrong with enjoying a good Rom Com or Disney film (or, indeed, these films as a genre). But it is so important that we don’t underestimate the entertainment industry’s impact on the way girls view their futures.

I view romantic love as the be-all and end-all, whereas it should be a cherry on top of an already very fulfilling life. It is about finding a balance in the entertainment industry to avoid young girls developing the same complex. At last, the world is changing, and I look forward to seeing how independent and powerful the girls of the Elsa and Moana generation will be.

No changes made to these images

What Type Of ‘Quarantiner’ Are You?